This article is presented by Vans

Throughout July and August, the Brooklyn location of The General by Vans will host The General Stereo, a pop-up radio station and photo show in partnership with Consequence of Sound Radio on TuneIn. Curated by the underground radio legends of Ballers Eve, the station’s lineup highlights New York’s vital musical subcultures, from throwback soul to hardcore to reggae. As The General Stereo prepares for broadcast, we’ll profile a few of the DJs bringing this music to the masses. Next up: New York hardcore lifer and cohost of Black N’ Blue Takeover Joe Cammarata.

When I reach Joe Cammarata, he’s living out the kind of scenario that many hardcore fans dream about.

“I’m actually at the beach right now with Vinnie Stigma from Agnostic Front,” he said with a laugh.

A once-in-a-lifetime experience for some is, for Joe, just another Wednesday afternoon. An electrician by trade, Cammarata moonlights as one of the masterminds behind Black N’ Blue Productions, one of the most respected production companies in New York City’s tightknit punk and hardcore scene. Since forming the company with partner Freddie Cricien in 2002, Cammarata’s overseen New York hardcore’s most anticipated annual events: the Black N’ Blue Bowl, a weekend-long festival (formerly known as the Superbowl of Hardcore) that’s unleashed sets from bands including Gorilla Biscuits, Sick of It All, Judge, and the Cro-Mags since returning in 2005. 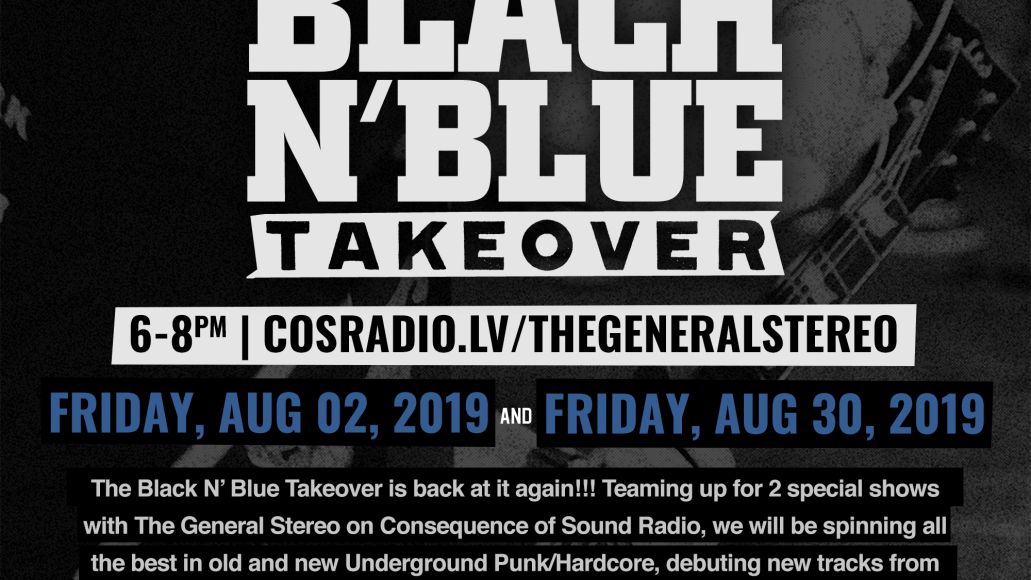 In addition to the festival, Cammarata also spent much of this decade hosting Black N’ Blue Takeover, the radio show of record for the scene he loves so much. Though the show’s been dormant recently, all it took was a call from Jordan Merz of Ballers Eve to get Cammarata pumped for a reunion on The General Stereo.

“I didn’t really hesitate,” Cammarata said. “I just made a couple of calls to make sure that the team was available. We had what you might call an eccentric group of characters on a show, so it should be a lot of fun.

Part of Cammarata’s eagerness to return to his radio roots comes from the project’s creators.

“Vans has been around so long, and they know how to keep themselves relevant,” Cammarata said, before adding “Hell, I’ve been rocking Vans for years.” Much of that credit comes from the brand’s authentic dedication to the hardcore, skateboarding, and other cultural scenes that powered its rise from the start. 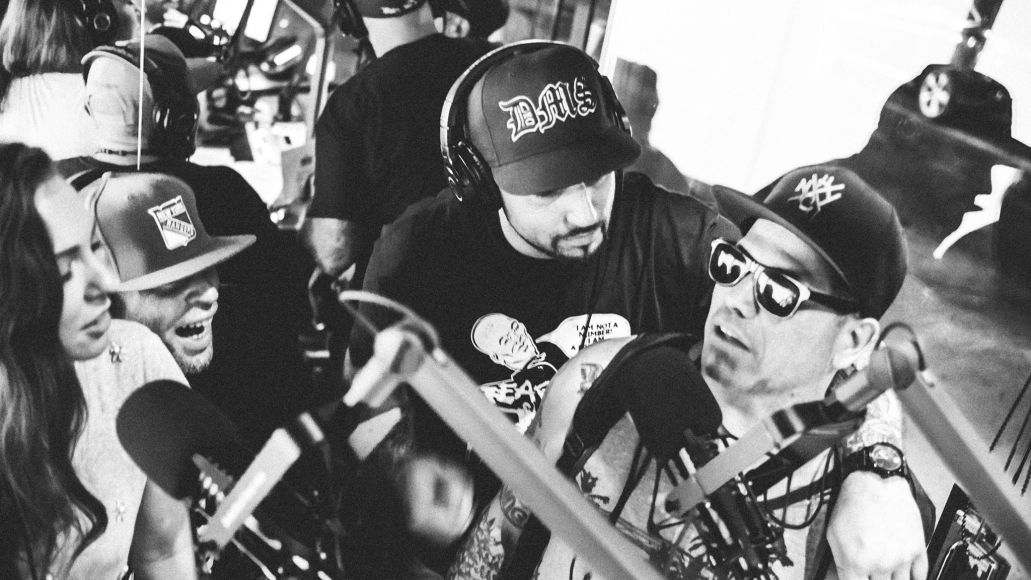 “They’ve always tried to keep the roots of music involved with their branding, and I think it’s smart,” Cammarata said. “They just had billboards of Jimmy G. from Murphy’s Law up in Brooklyn and Manhattan. It’s kind of funny to see Jimmy as a kid on a billboard because he was wearing a pair of Vans years ago at Webster Hall, crowd surfing. It’s pretty sick.”

The Wild World of Hardcore Shows 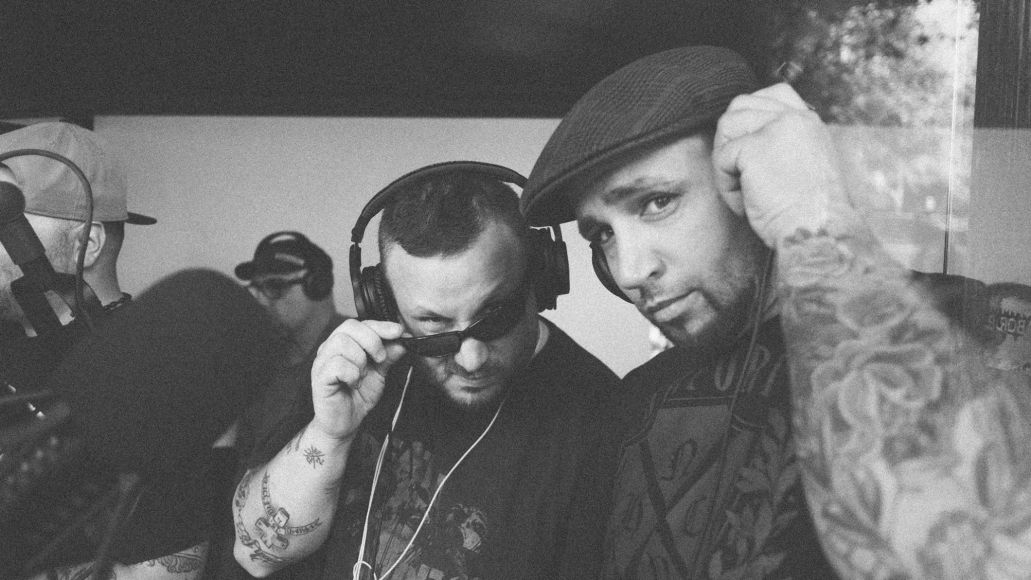 Like many stories of musical discovery in the late 20th century, Cammarata came to hardcore through the magic of radio.

“When I was maybe 13 or 14 years old, there was a radio show on Long Island called Turmoil out of Stony Brook University,” Cammarata said. “Once my friend gave me a tape and told me about the radio show, that was it. I was locked.”

That early love of bands like Agnostic Front and Dead Kennedys led Cammarata to try his hand at booking shows, some of which eventually wound up at New York’s most hallowed clubs.

“I did some of the last shows that were done at CBGBs, and even before that I did shows at little bars like Manitoba and 169 Bar. If I could just hang out and have my friends play where we work, could be anywhere, I did it.”

Over the course of those years spent at shows, Cammarata has seen some serious sights. The most memorable involved Brooklyn metal band Carnivore playing a secret show in the basement of bygone Eldridge Street club Fontana’s under an assumed name. With a restless crowd of “punks and bikers” packed into what Cammarata described as a “scary basement,” the band came out to rapturous applause, warmed up … and then left.

“No joke, they probably did this 10 times,” Cammarata said with a laugh. “And I walked back to the back dressing room area, and I was just like, ‘What the fuck is going on?’ They were just laughing. They were like, ‘Let’s do it again! Let’s do it again!'” 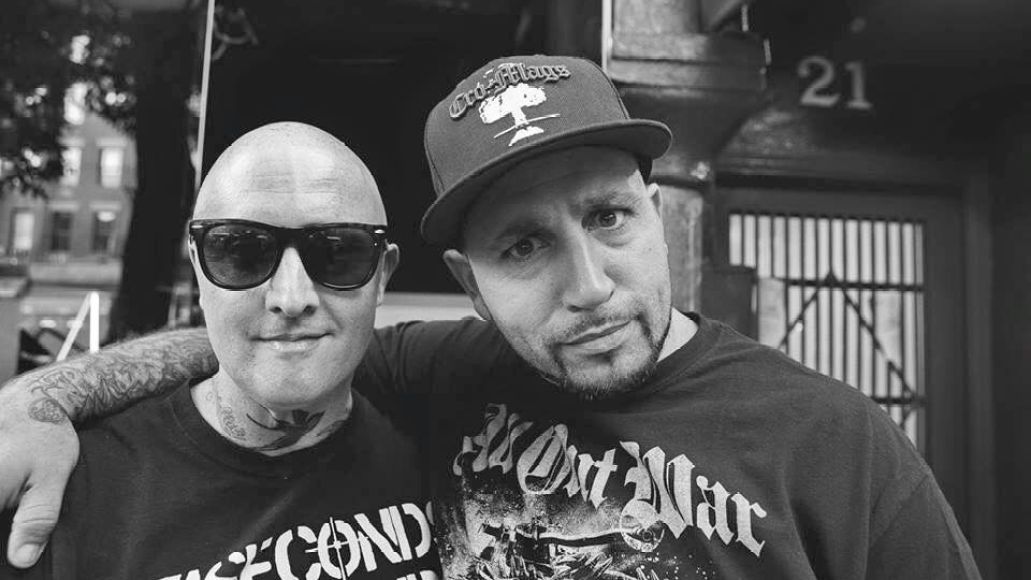 Despite being a fixture of New York hardcore for decades, Cammarata is still capable of being surprised by his own scene.

“I was hanging out in Brooklyn one day, and I found out that there was some Latin punk and hardcore fest going on at Brooklyn Bazaar,” Cammarata said. “It was like two or three days of 30 or 40 bands I’d never heard of playing fast-paced Discharge-style punk and hardcore. It was bananas to see these kids and this whole sub-scene that I didn’t even know existed.”

Instead of feeling out of touch and longing for the good, old days, Cammarata sees this explosion of new bands as indicative of New York hardcore’s health, as well as the enduring legacy of the bands he grew up loving.

“There’s these kids out there that we don’t even know about yet,” Cammarata said. “There’s young kids out there right now playing in a garage, playing in a basement to their friends who are wearing Agnostic Front or Subhumans t-shirts, just trying to become part of the music. There’s so many good young bands out there. It’s ridiculous.” 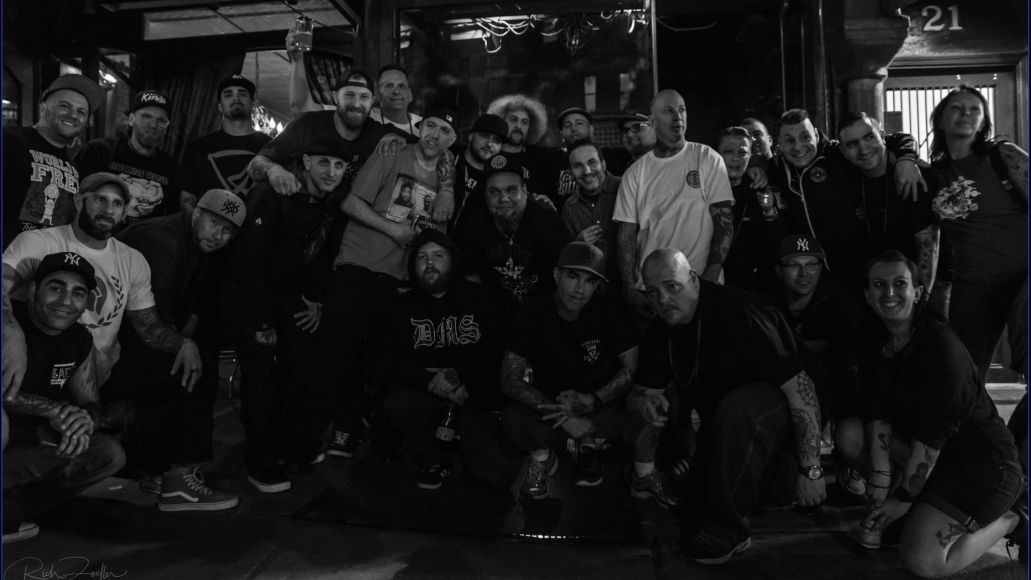 For anyone looking to catch some of these bands themselves, Cammarata has some recommendations. Although the scene is always shifting, he cites venues including Coney Island Baby and Kingsland as places where newcomers can tap into the same primal energy that fueled the scene’s emergence in the ’80s. Mostly, he’s just pumped that hardcore continues to thrive even as tastes change and rents get higher.

“Some will say it’s an acquired taste,” Cammarata says. “Yeah, I mean, will my aunt, who was a church lady from Bay Ridge want to hear Agnostic Front or a new band like Incendiary playing at our house while we’re having Sunday dinner? Hell no. But I mean, let’s be real. We all like weird shit one way or another.”