Cattle Decapitation have announced details and revealed the cover artwork of their upcoming album, Death Atlas, which is set to be released this fall via Metal Blade.

The deathgrind band’s eighth studio album will arrive on November 29th, which happens to be Black Friday. Today, the band shared a short teaser with brief audio clips (stream below) and info regarding the album’s release, including a direct pre-order from the band’s merch table at the 2019 Summer Slaughter Tour.

With the tour beginning tomorrow night (July 19th) in Salt Lake City, Utah, and the album’s release still a ways off, the band is offering fans an autographed laminate and t-shirt that can be purchased with the pre-order of Death Atlas on CD. The pre-order is exclusive to the tour and will be available at the band’s merch section.

Produced by Dave Otero, Death Atlas is Cattle Decapitation’s “strongest album to date,” according to vocalist Travis Ryan, and the band will perform “a couple of the tracks off of it to lacerate your eardrums on this upcoming Summer Slaughter Tour.” Back in May, the band played a new track called “An Extreme Indifference to Human Life”, so perhaps that will make it into the setlist for upcoming shows.

“Fans soon will witness the culmination of this last year’s blood, sweat and tears honed to a devastating, brutal and impactful audio document that I feel will resonate with fans of the last few records for years to come,” Ryan remarked in a press release. “Musically and lyrically, there is a lot of grief, anger, hate, passion and emotion poured into this one and we have found these can be excellent ingredients for extreme metal. We are once again rejuvenated and ready to spread the death and despair over this sphere that is perpetually being torn apart by us insignificants.” 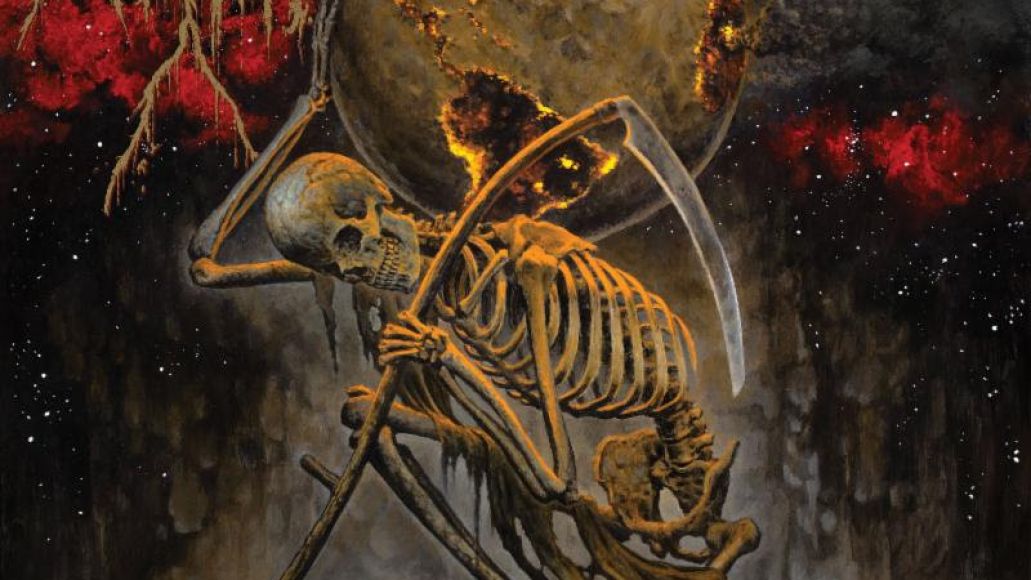