Devon Welsh returned last month with “Faces”, his first song in nearly a year. The former Majical Cloudz mastermind is back now with a second solo offering titled “War”.

Much like the preceding track, Welsh wrestles with feelings of bitterness over a failed relationship. “Even if I can’t get over myself/ Even if I’m making my own hell/ Even if it’s really all my fault/ Say you’re sorry,” he sings, noticeably haunted by a past partner.

Both “Faces” and “War” were written and recorded in mostly solitary fashion, a marked change from Welsh’s approach as Majical Cloudz. “Making music is a personal thing for me,” the artist noted in a statement. “Ideally it is a reflection of something intimate.” 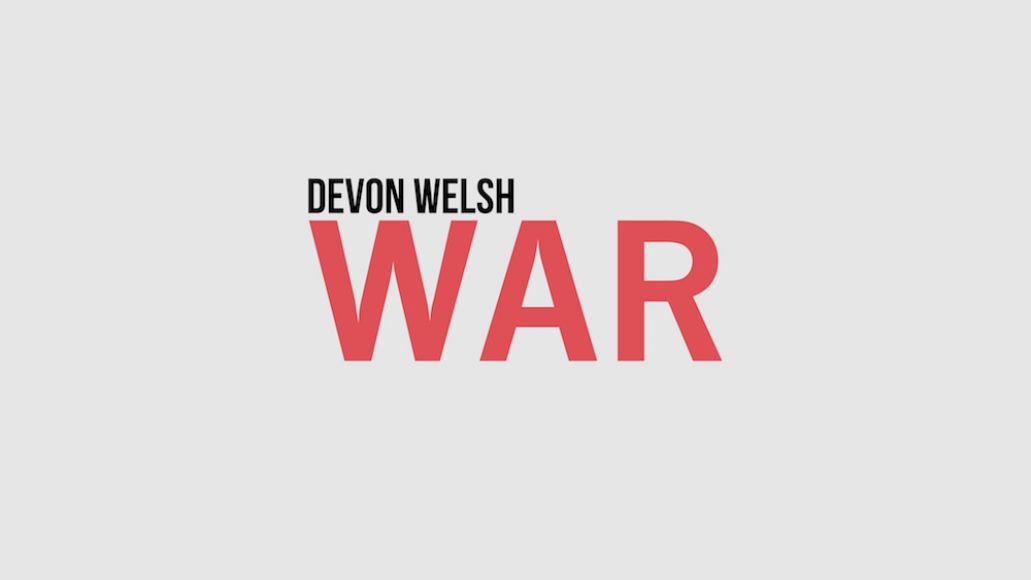 Welsh appeared on an episode of This Must Be The Gig, where he talked about growing up listening to metal music. Revisit that chat below.