The Pitch: Haley Keller (Kaya Scoledario) wraps up her collegiate swim team practice just in time to learn from her sister that a Category 5 hurricane is headed straight for their dad’s southern Florida home. To her horror, he’s not answering the phone, prompting Haley to sneak past the authorities in the wake of the mandatory evacuation, only to find her dad’s neighborhood a ghost town.

Haley soon finds her father, Dave Keller (Barry Pepper), unconscious and injured in the crawlspace beneath his house. It’s only when she tries to drag him out of the crawl that she understands how he ended up injured in the first place; the crawlspace has become inundated with alligators. Between the rising waters of the treacherous hurricane, and a horde of territorial beasts, Haley is facing a seemingly impossible fight for survival.

Cold-Blooded Killers: With such a simple setup and a small cast, it seemed as though there wouldn’t be enough plot to fill a feature-length film. That’s quickly disproven as director Alexandre Aja and screenwriters Michael and Shawn Rasmussen pack the entire 87-minute runtime with nerve-fraying suspense and endless surprises.

But they also do their legwork with regards to character, dedicating just enough background to establish Haley’s fortitude and her estranged relationship to her father. This adds more depth to the harrowing situations and impossible scenarios, all of which compound and snowball into even bigger problems for Haley and Dave.

A Category 5 is serious business on its own, but it’s the least of Haley and Dave’s issues, thanks to the congregation of alligators that have expanded their reach in the rising waters. It’s just a good thing Scoledario and Pepper are more than up to the task. 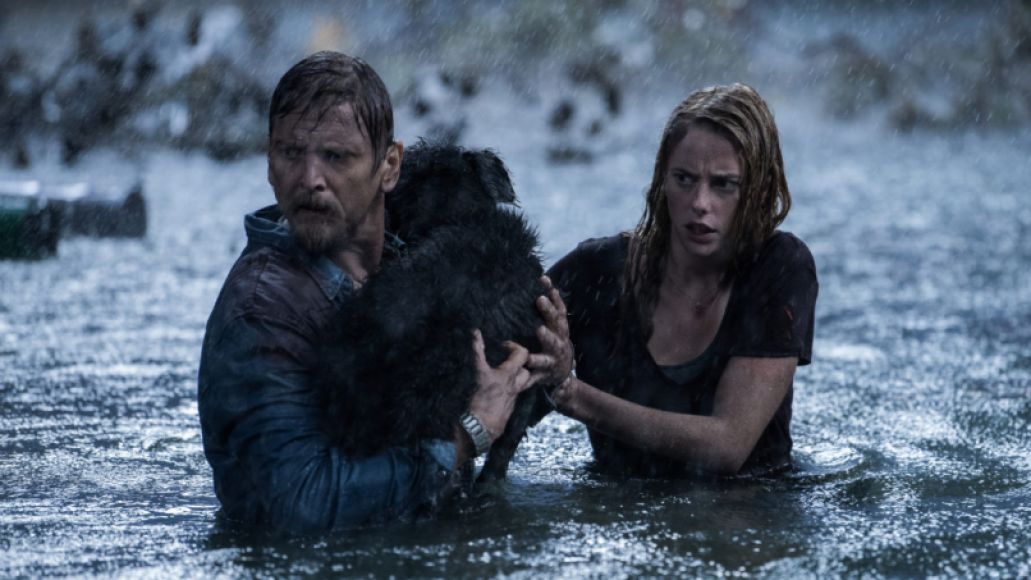 Death Roll: Those familiar with Aja’s filmography know he has a knack for crafting suspense that often leaves you on the edge of your seat with your breath stowed away. He also has a way with gore. All of these talents and facets are at Aja’s full disposal here, though this might be his most mainstream-friendly outing yet.

Alligators are ruthless, primal predators that clamp their colossal jaws down on prey with impressive force. For larger prey, they drag it down into the water and spin. Bottom line: Being attacked by an alligator is as destructive and painful as it sounds, and death is even worse. Aja makes sure you see and feel every bone crunch and piece of flesh rip. 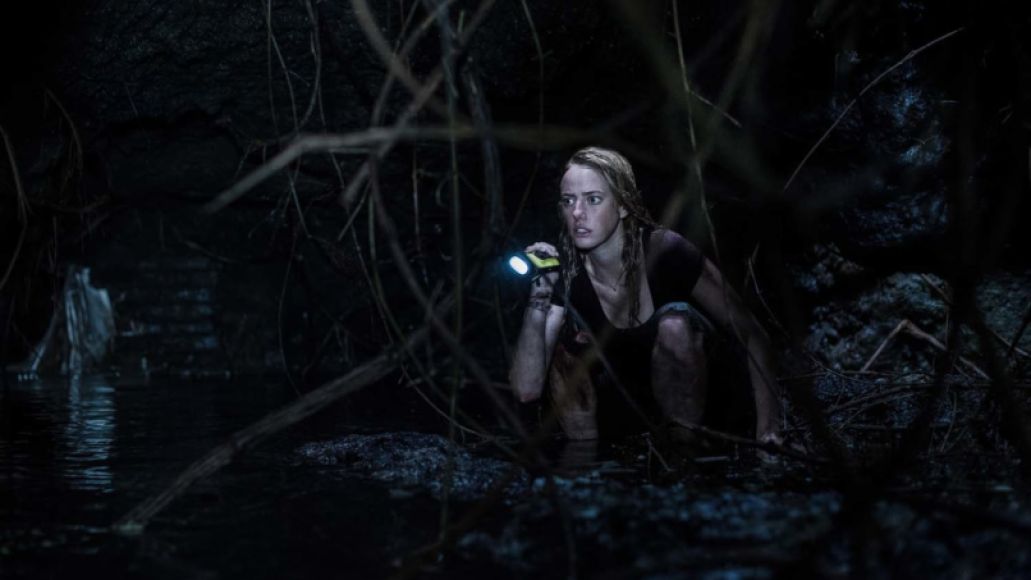 Suspension of Disbelief: Not everything about Crawl works. The film’s bare-bones plot warrants a number of parallels to other movies of this ilk. So much emphasis is placed on Haley’s swimming skills that it lessens the tension of certain scenes. At times, the alligators look like the computer-generated beasts they are, requiring a little extra effort in suspension of disbelief. And lastly, the film seems to lose some steam by the final act, unsure of how to top everything that came before.

The Verdict: Crawl is a fast-paced, no-frills creature feature that brings relentless intensity. The stakes are high and no one feels truly safe against these vicious killers. It bears moments of silliness, and it sometimes treads too far into familiar territory, but these are par for the course in B-movie fun. This is precisely the type of movie we expect to see at the summer box office: an incessantly entertaining and dangerous adventure that will leave you breathless.

Where’s It Playing? Crawl is in theaters now.