Shiny New Mane, Same Roar: With The Lion King, Disney continues their streak of “live-action” retellings of animated classics (they’ve already released two this year). Swapping traditional animation for photorealistic computer-animation under the direction of Jon Favreau, this update is an incredible visual feast for the eyes. Favreau matches many of the iconic frames from the original film all while maximizing the impressive visual effect work to implement stylistic flourishes and breathtaking details.

Make that a major emphasis on the details. Though the starring animals may talk, sing, and dance, they move and behave just like their real-life counterparts. In other words, this retelling feels as if National Geographic aired a nature video of African savanna wildlife and Disney dubbed it over with their familiar story.

Save for minor changes that ultimately have no bearing on the whole, the story remains untouched by time. A lot of the dialogue, character beats, and narrative are lifted directly from the original, though screenwriter Jeff Nathanson makes minor updates here and there. Those changes will only be noticeable to the most devout fans. Though the retellings of Cinderella, Beauty and the Beast, and Dumbo tried to add something new to the equation, Favreau continues the precedent he set with The Jungle Book by adhering closely to the path with very little deviation. 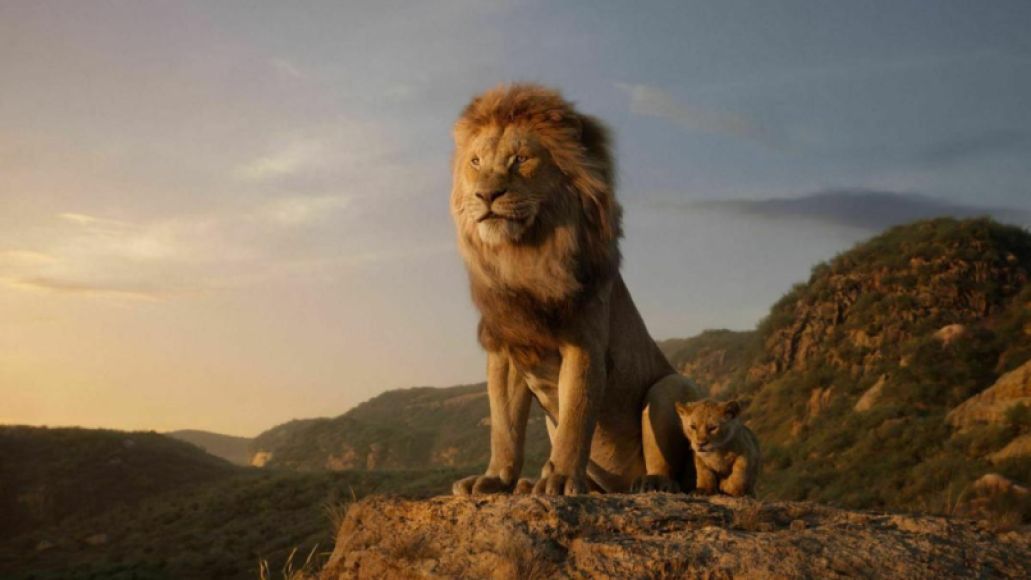 You’ll Be Achin’ for Some Bacon. And Emotion: The downside of opting for hyperrealism is that there’s a serious disconnect with the emotions of the voice actors and the appearance of the animal characters they portray. The traditional animation style of the original film allowed for exaggerated emotive expression that made it easier to connect with these beloved characters.

Animals in the wild aren’t able to express love, grief, anger, and fear through discernible facial expressions in the same way a cartoon can. The heavy lifting for the emotional pull of the story then falls solely on the shoulders of the voice cast and the score. But the mismatch between the feeling the actor is conveying in their performance against the impassive countenance of a lion can be jarring. It doesn’t help that the heartstrings are tugged nearly as hard this go ‘round. 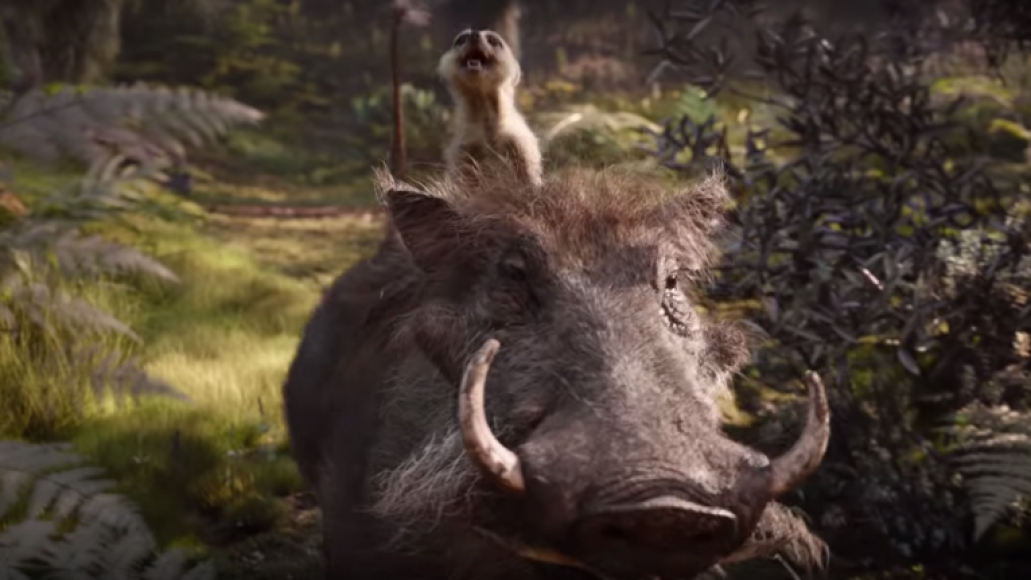 Hakuna Matata: Though the entire cast brings immeasurable talent to the fold, meerkat Timon and warthog Pumbaa stand out as the endearing comedic relief. Eichner and Rogen make these fan favorite characters their own and quickly become the highlight of the movie. When the emotional beats of the narrative don’t pack quite the same punch, the effortless charm of Eichner and Rogen make for a welcome surprise.

Under the Stars: The soundtrack to the 1994 film was a juggernaut best-seller, roaring with hits by Elton John, Hans Zimmer, and Tim Rice. Naturally, they all return to Pride Rock; however, under producer Pharrell Williams, their classics get some fine tuning. There’s also a number of surprising tweaks: “The Lion Sleeps Tonight” gets some extended play, Scar’s nefarious “Be Prepared”  evolves in a fitting way, and Beyoncé’s own anthem, “Spirit”, makes Nala fiercer than ever.

The Verdict: This Disney-meets-National Geographic take on a cherished classic makes for a stunning spectacle that’s meant to be seen on the big screen. Yet the photorealism and attempt to capture authenticity in animal behavior means a jarring disconnect between the actors’ voice work and the visuals. It’s a technical marvel of a film, well crafted at every possible level.

Yet, it’s also one that feels a bit hollow because of that disconnect and the refusal to present anything new for those already familiar with this story. Because of this, The Lion King serves as both a striking introduction of a timeless tale for a new generation, but also a puzzling, lifeless duplicate for those who can already quote the original.

In the end, it’s less the Circle of Life and more the Line of Indifference.

Where’s It Playing? The Lion King roars into theaters on July 18th.