Veteran guitarist Mary Timony just released an album with Ex Hex earlier this year, but she has plenty more projects in the works. The Wild Flag and Helium member has formed a new band called Hammered Hulls with Alec MacKaye, fellow DC rocker and brother to Fugazi and Minor Threat leader Ian MacKaye.

Rounded out by Mark Cisneros (Kid Congo) and Chris Wilson (Ted Leo and the Pharmacists), the four-piece is prepping to release a 7-inch through local legendary punk label Dischord Records. According to a statement, the three-song effort was recorded in just one day at Inner Ear studios with the help of Ian MacKaye and Don Zientara.

As a taster, Hammered Hulls are sharing their debut single, a ferocious cut titled “Written Words”. Check it out below.

The 7-inch is officially out August 9th. Fugazi and The Messthetics member Brendan Canty penned the bio for Hammered Hulls, which reads,

Mary Timony (bass) and Alec MacKaye (vocals) grew up in the same Washington neighborhood and have spent the better part of their lives in each other’s somewhat distant orbit. Always aware of each other, but never able to play together.

Mark Cisneros (Guitar) has been in D.C. for more than a decade. He cut his teeth in Los Angeles listening to both Mary and Alec’s bands, but also a healthy dose of free jazz and garage. He is the man who plays everything with everyone, but this is his band.

Hammered Hulls are rounded out by Chris Wilson (drums), a monstrous drummer with no shortage of love for all three of his bandmates. Every person in this band is a fan of every other person in this band. Mutual respect drives this train. But to say they are an odd collection of influences is to understate the point. If you tried you couldn’t imagine what this band might sound like.

The new band has two shows lined up so far, August 28th at Baltimore’s Metro Gallery and August 29th at Union Pool in Brooklyn. 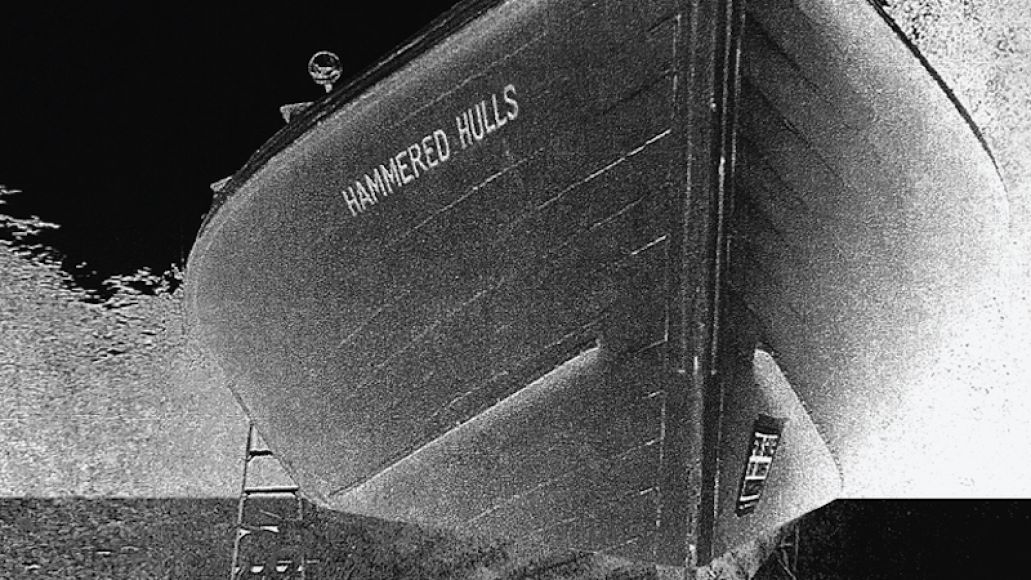