Unfortunately, all great things must come to an end. Back in 2018, the band announced publicly that their “Last of the Street Survivors Farewell Tour” would be their final run. With a fanbase spanning many generations, it is no wonder Lynyrd Skynyrd’s final tour crosses multiple countries and lasts nearly two years

Founding guitarist Gary Rossington told Dan Rather in an interview last year, “It takes a long time to finish a farewell tour when you’re like us, because we’ve played everywhere.”

It seems fitting to name their last tour after their fifth studio album because Street Survivors was arguably one of the band’s most noted LPs due to it’s release only three days after the fatal plane crash in the forest of Gillsburg, Mississippi, that killed three of their members. Despite so many odds stacked against them over the years, Skynyrd are going out on their own terms.

On Sunday, July 14th, fans took to Forest Hills Stadium in Queens, New York, to see Lynyrd Skynyrd and supporting act Hank Williams Jr. perform. You might be surprised to see a Southern-rock band fill up a large outdoor venue in New York City, but iconic music like Skynyrd’s has no boundaries.

Unlike most shows where people yell “Free Bird”, with Skynyrd, fans actually get to hear the set-closing classic, as the crowd sang along to every word and even managed to drown out singer Johnny Van Zant’s earth-rumbling voice.

Skynyrd demonstrated with Sunday night’s performance how they gained such a long-lasting appeal and managed to stick around for all of these years. 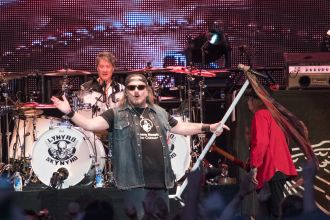 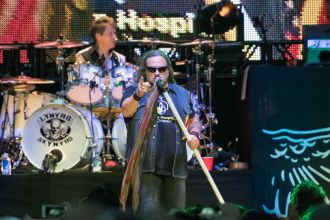 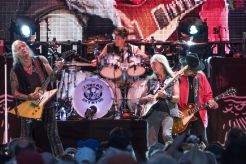 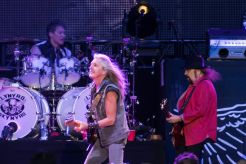 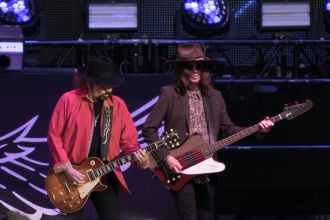 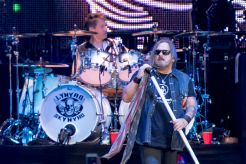 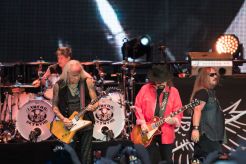 In Photos: Clutch Celebrate the Holidays with Festive Show in New Jersey (12/30)

In Photos: Death Angel Ring in the Holidays with Hometown Shows in San Francisco