Tool fans beware, Justin Bieber is among you. As Stereogum points out, the pop star is currently enjoying a nice summer road trip with his wife Hailey Bieber. What are they listening to in the car? You guessed it, Maynard James Keenan and co.

Today, Bieber shared some lyrics on his Instagram story, writing, “Who are you to wave your finger?/ You must have been outta your head/ Eye hole deep in muddy waters/ You practically raised the dead.” He then prompted his fans to look them up.

Of course, any self-respecting Tool fan knows those lyrics belong to 10,000 Days track “The Pot”. Clearly, Bieber is a fan of Keenan’s poetry, which makes you wonder if he’s also been waiting on pins and needles for the new Tool album.

We’ll find out next month if Biebs shares any lyrics off Tool’s as-yet-to-be-titled fifth studio album, which drops August 30th, 2019. In the meantime, you can bop your head to Bieber’s newly minted remix of Billie Eilish’s “Bad Guy”, which surfaced earlier today. 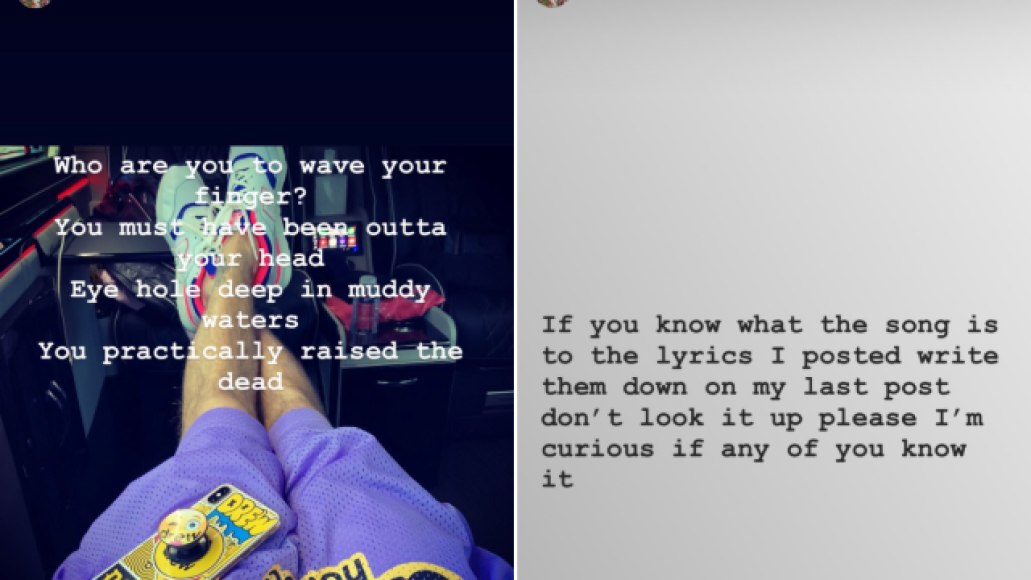 Update: Clearly, Keenan is not amused… 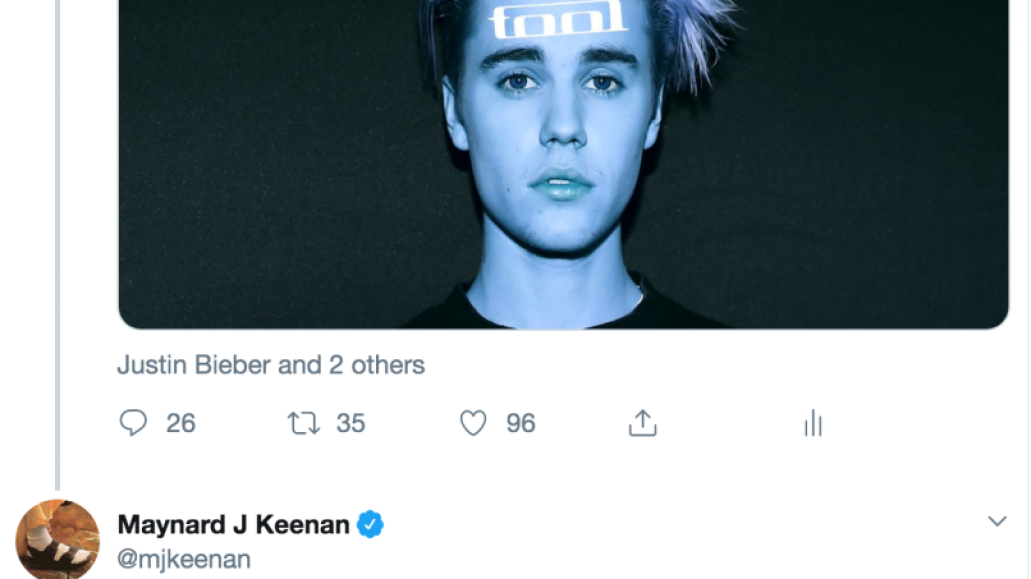 It's official: Justin Bieber is a Tool fan [Updated]