The ForceFest portion occurs the next day, December 1st, with Rob Zombie, Accept, Saxon, Testament, Exodus, and more. See the current lineup in the poster below, with more bands expected to be announced for each day.

Both days will be staged at the Parque Deportivo Oceanía in Mexico City, with tickets available through the festival’s partnership with StubHub.

Slipknot are in the midst of their “Knotfest Roadshow” North American tour with Volbeat, Gojira, and Behemoth. See our photo gallery and video footage of last week’s kickoff show in Mountain View, California.

Rob Zombie, meanwhile, is currently on his co-headlining “Twins of Evil: Hell Never Dies Tour” with Marilyn Manson. That trek runs through an August 18th show in Gilford, New Hampshire. 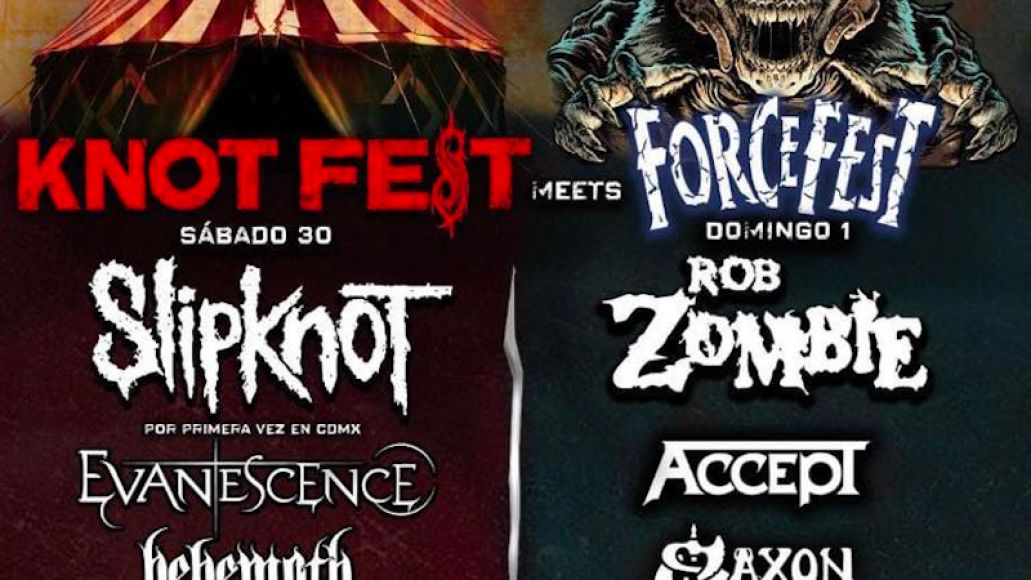