“Pose to Do” loses its thread as a love song as it turns into a master course in humblebragging. Throughout the chorus, the trio lament that they have too many “romantic” options, wondering what they’re ‘pose to do when “surrounded by all these bad bitches, but I only want two.” Between expressing confusion about how to get out of his driveway because he has too many Lamborghinis and declaring his “bitch cannot wear no UGG’s,” the “Gucci Gang” hitmaker claims he actually likes a woman following a trip to Calabasas. However, any tenderness quickly evaporates when he starts talking about playing “with your cooch” and leaving women in his bedroom in favor of a different “thot.”

Hear rich people get baffled by the choices afforded by their extravagant wealth and fame below.

“Pose to Do” Artwork: 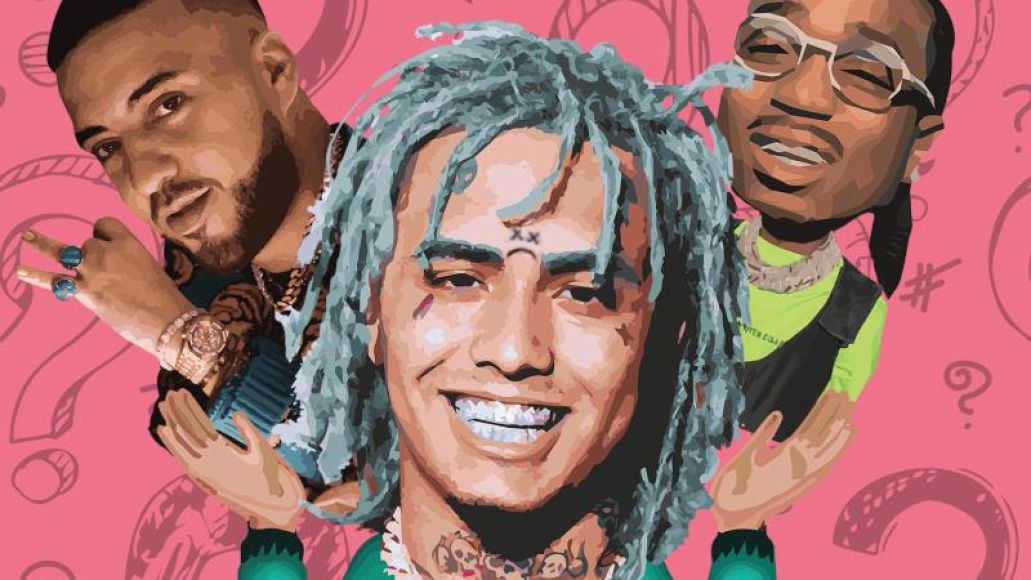 French Montana recently found unlikely collaborators in K-pop group Monsta X for “Who Do U Love?”. Meanwhile, Quavo has maintained a prolific streak this summer, dropping songs with everyone from Madonna to E-40 to his own Migos.

Lil Pump, French Montana, and Quavo suck at humblebragging on new track "Pose to Do": Stream