Editor’s Note: After a pandemic-induced pause, Lollapalooza returns in 2021. In light of this week’s lineup announcement, we’ve updated our ranking of every one of Lolla’s lineups dating back to 1991. Can you guess where this year’s poster falls?

It’s hard to believe that, in 1991, Perry Farrell created the festival as a showcase for Jane’s Addiction’s last hurrah. Of course, many things have changed since its initial heyday in the ’90s. In the US, Lolla has grown and evolved drastically from its touring festival roots, having survived a hibernation from 1997 until 2003, in addition to its canceled 2004 installment.

Since then, Lollapalooza has settled down in the Windy City, gradually expanding from two to three to four days. (Though, one could argue the fest’s touring spirit lives on through its international counterparts, which have sprung up in Chile, Brazil, Argentina, Germany, and Sweden.) Throughout its history, some of the most iconic acts in music have performed at the festival, from Paul McCartney to Kanye West to Arcade Fire, in addition to up-and-coming talent that have since become future can’t-miss attractions everywhere.

Ahead of this year’s festivities, we’ve dug back through the archives to take a close look at every lineup in the festival’s storied history (including the canceled 2004 festival, but excluding international editions) and ranked them from worst to best. In devising our list, we took into account artists’ statures the years they performed, their historical relevance looking back now, as well as missed opportunities and what could’ve been better.

So join us on a trip through the past of this iconic festival (and its sweet posters), and let us know in the comments which lineups are your favorite. 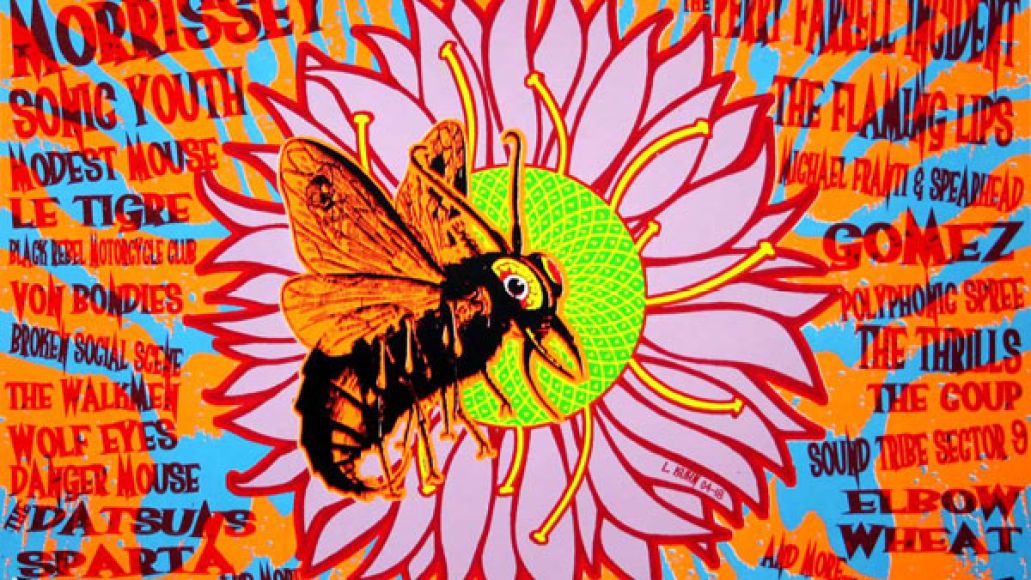 The Good: Considering 2004’s festival was cancelled, the good is more about what could have been. Acts who were slated to perform included Morrissey (who was probably angered the festival had been cancelled before he had the chance to bail), The Flaming Lips, The Killers, Broken Social Scene, and Modest Mouse, to name just a few. It also would have seen the return of Lolla veterans Sonic Youth and Wilco.

The Bad: Obviously, the bad news here is that due to poor ticket sales, the festival was cancelled. Lollapalooza ’04 was to stop at 16 locations, with the ambitious goal of two dates of different music at each stop. Even worse news is that had the festival gone as planned, the (then) newly reunited Pixies would have headlined the Chicago stop.

Interesting Fact: The failure of 2004 did bring some good in the sense that it landed Lollapalooza a permanent home here in Chicago. I’d say that’s a pretty solid silver lining. 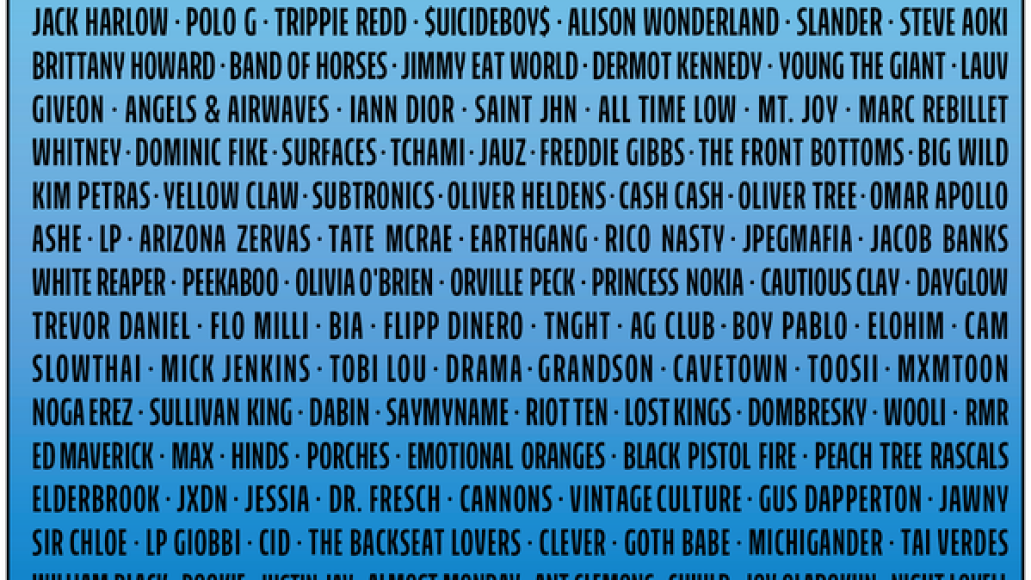 One can’t fault C3 Present for adapting its business model. Anyone even remotely familiar with Lollapalooza’s demographic is keenly aware that basketball jerseys, backward baseball caps, and glitter are the three most popular fashion items for a typical Lollapalooza-goer. The Bros and Brosephines who migrate from the suburbs of Chicago each summer don’t consider Lollapalooza a place of musical discovery, but rather a chance to live out their TikTok feed IRL — the music in the background comes pre-inserted without the worry of a potential copyright violation! Look no further to the bevy of “TikTok artists” littered throughout this year’s poster: Gus Dapperton, Tai Verdes, Almost Monday, Laundry Day, Ant Saunders, Rence… the list goes on.

The Bad: Whether or not that’s a good or bad thing is in the eye of the beholder, but a Lolla Lifer can certainly ask why event organizers don’t just create an entirely new event under an entirely different banner in order to preserve and protect the sanctity of Lollapalooza’s alt-rock brand. Will Lollapalooza sell out all of its tickets regardless? Absolutely, 100%. Has Lollapalooza ceased even trying to pretend it’s a destination for musical excellence a la Glastonbury, to an extent, Coachella, or even the Lollapaloozas of the late 2000s? Yes, absolutely. A lineup with Limp Bizkit on its third line isn’t funny, it’s embarrassing. Journey on line two — when did Lollapalooza become a Chicago street fest? With exceptions of Mick Jenkins, Slowthai, Aly & AJ, and Hinds, you could quite literally cut the poster after line 10 and not even remember there were another 50 acts booked for Lollapalooza. A top-heavy poster is often the excuse for a watered middle- and lower-tier, so what happened this year?

Events like Lollapalooza’s sister fest, Austin City Limits, are proof you can incorporate new genres and trends without sacrificing the festival’s overall integrity. Even with a deluge of pop and hip-hop, in 2021 ACL still bestowed its No. 1 headlining spot to Texas music legend George Strait, its No. 3 spot to rock icon Stevie Nicks, and its 7th spot to genre-bending R&B singer Erykah Badu, while also booking compelling artists like St. Vincent, Phoebe Bridgers, Tierra Whack, and 070 Shake. But Lollapalooza has Limp Bizkit, so who are we to complain?

Interesting Fact: There are a number of other festivals returning in 2021. Spend your money on them instead. 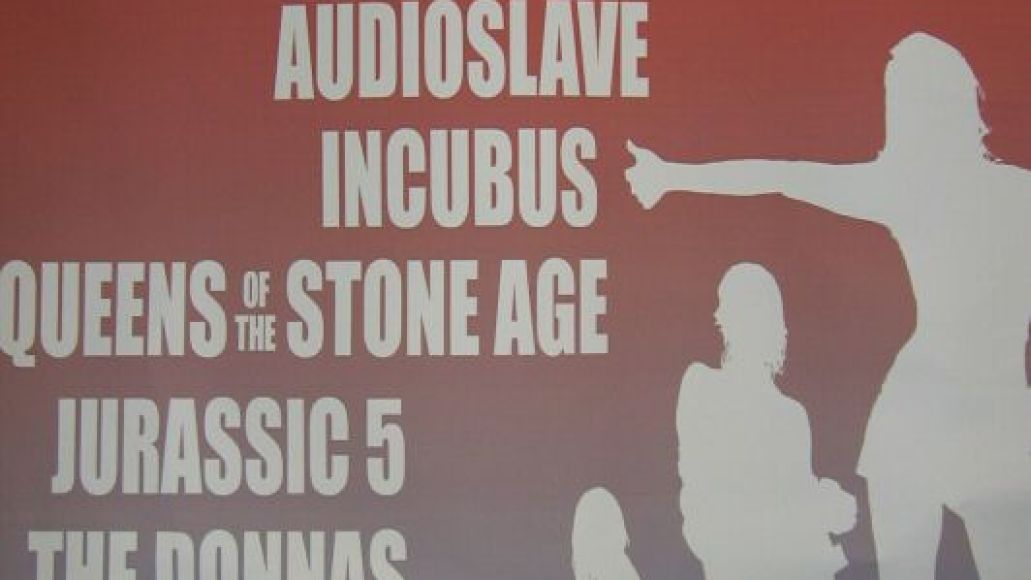 The Good: After a six-year hiatus, Perry Farrell decided to resurrect Lollapalooza and hit the road once again for a 30-date tour. It was an ambitious goal, especially following the massive amount of criticism he’d weathered over the festival’s previous few years. Unfortunately, some of the booking choices for the return weren’t exactly well thought out. Jane’s Addiction at the top of the poster is a definite plus, as is Queens of the Stone Age, who were then riding high on the back of Songs for the Deaf, and Maynard James Keenan’s side project A Perfect Circle, but after that, the pickings are disappointing at best and stomach-churning at worst.

The Bad: Where to even begin? Soundgarden is a great band. Rage Against the Machine is also a great band. Audioslave, the amalgamation of the two with Chris Cornell on vocals and Tom Morello on guitar, is not a great band. Other draws, like Rooney, 30 Seconds to Mars, Incubus, or The Mooney Suzuki, aren’t that much better. Also, the sheer lack of rap acts here is staggering at a moment when rap was clearly overtaking guitar-based rock as the main cultural mover in the musical space.

Interesting Fact: The first iteration of Lolla after a six-year hiatus and the last version of the festival to tour the country. Marred by slow tickets sales, many dates of the tour that were originally announced later had to be cancelled. 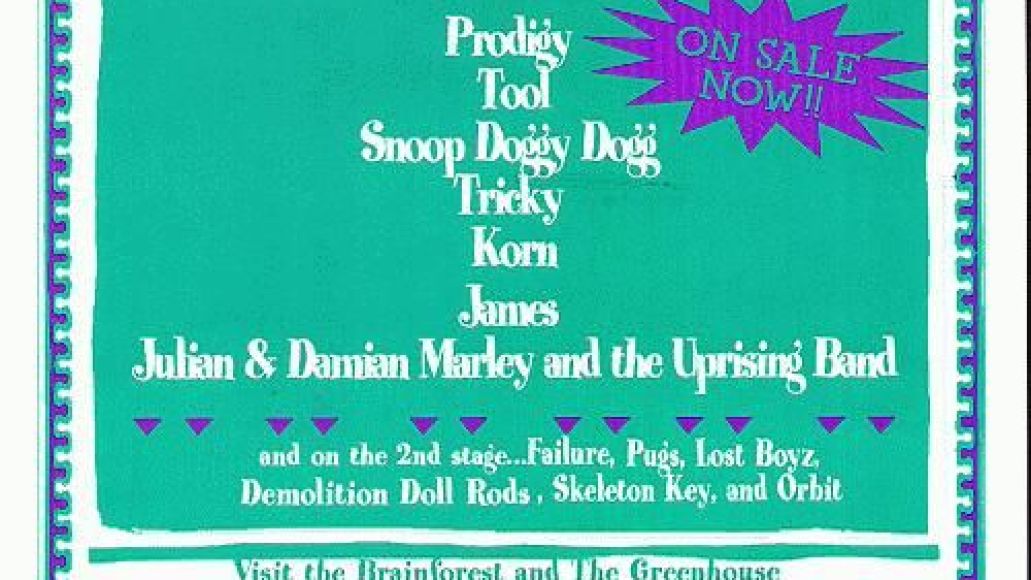 The Good: After the very rock-centric main stage lineup of the previous year’s event, the organizers strove to get back to their eclectic roots with the 1997 installment. And for the most part, they succeeded in a fairly interesting way. They rotated the headlining spot among four acts — Orbital, The Prodigy, The Orb, and Devo — trying to make each night unique. What’s more, they dipped their toes again into the rising tide of metal and hard rock with main stage performances by Tool, at this point showing their full prog-heavy mettle with their second full-length, Aenima, and, until they pulled out of the fest for health concerns, the rubbery Goth-leanings of Korn. True to form, they paid heed as well to hip-hop with the inclusion of Snoop Doggy Dogg, who was still riding (ahem) high on the success of his second solo album, The Doggfather. In and around those big names were festival-friendly acts like G. Love & Special Sauce, Bob Marley’s sons Stephen and Julian, and Britpop act James who, by then, still hadn’t lived down the surprise US success of their song “Laid”.

The Bad: Again, the main stage of Lollapalooza was disappointingly dude-heavy. And with alternative rock finding less and less commercial love from US audiences, the festival saw a marked drop in attendance. That played a huge role in the fact that the festival couldn’t find a suitable headliner for its planned ’98 edition, forcing them to shut down operations until 2003.

Interesting Fact: Failure is the only band to be asked to pull double-duty by the festival. The popular shoegaze rock band were on tap to headline the side stage, but were brought to the main stage to fill the spot left vacant by Korn for the back half of the tour. 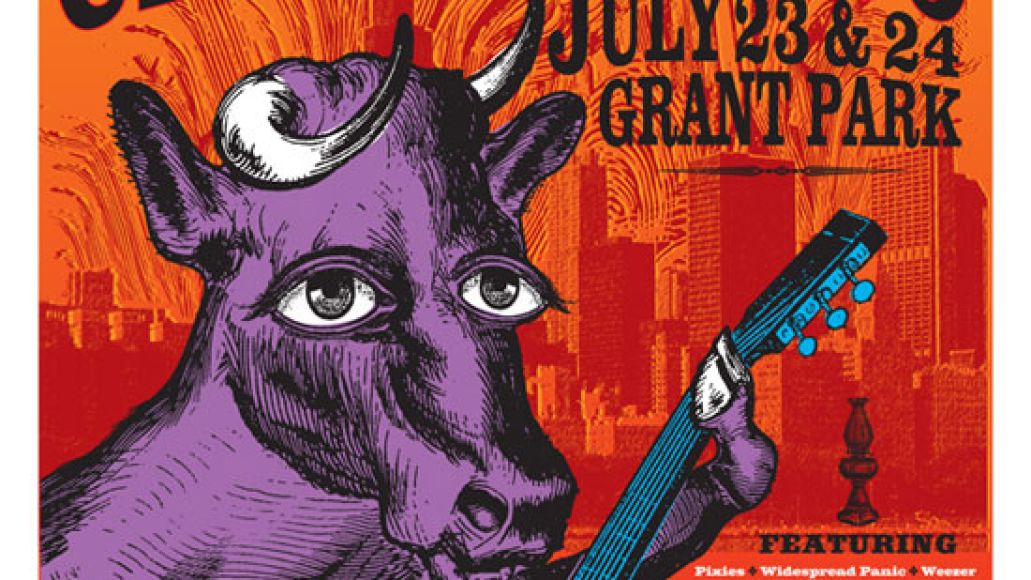 The Good: After 2004’s canceled edition, Lollapalooza recouped one of its biggest originally slated artists, The Killers. Brandon Flowers and co. solidified their status as legitimate superstars on their debut, Hot Fuss, which would go platinum. The festival also made prescient picks with The Black Keys (who had yet to have a single break into the US Billboard charts) and Arcade Fire (who were riding high after the critical acclaim of Funeral, released the previous fall). Outside of The Killers, Dashboard Confessional were one of the most commercially successful outfits on the bill, with A Mark, a Mission, a Brand, a Scar peaking at No. 2 on Billboard’s charts and hit single “Vindicated” under their belts. Kaiser Chiefs’ 2005 debut was a much bigger smash in the UK, but earned the British rockers a spot as one of the most buzzworthy up-and-coming acts. Other artists who called the Windy City home — including OK Go and Liz Phair — got the chance to dazzle the hometown crowd. Although not as popular as in the ‘80s, Billy Idol made a comeback with his first album in over a decade. Digable Planets also reunited 10 years after their breakup, with a new compilation record in tow. Alongside Saul Williams, their sets represented a burgeoning opportunity for hip-hop to gain a greater foothold at the festival.

The Bad: From the failed previous year, Lolla was unable to retain a lot of its other top-tier talent, including Morrissey, PJ Harvey, and Sonic Youth. And consequently, this year had a less-than-stellar headlining slate. Despite their solid live reputation, top-billed Pixies hadn’t released new music in well over a decade. And the lineup still skewed very heavily toward alternative rock. The solid rock acts on the bill (Dinosaur Jr., Weezer, Primus) would’ve been far better draws in their respective ’90s heydays.

Interesting Fact: After existing as a touring festival in its earlier days, Lollapalooza settled down at Chicago’s Grant Park for the first time. The event only took place in the Windy City for one weekend.

Ranking: Every Lollapalooza Lineup from Worst to Best