Veteran producer The Alchemist worked his magic on a majority of ScHoolboy Q’s albums, including the stellar Blank Face LP from three years ago. Now, the two longtime collaborators are linking up once again on a new song called “W.Y.G.D.T.N.S.”.

The track’s abbreviated title stands for “when you gonna drop that new sh*t?”, a phrase mentioned repeatedly. Q is basically so annoyed by those who constantly bug him about new material that he wrote a whole damn song about it.

“Come on my n*gga you see what i’m doing here take time/ Coulda came with the same rhymes,” the Long Beach rapper says over The Alchemist’s jazzy, free-flowing production. He explains that he’d rather wait for the right inspiration than put out something all too familiar or bank on “a feature from K.Dot”, referencing fellow Black Hippy member Kendrick Lamar. 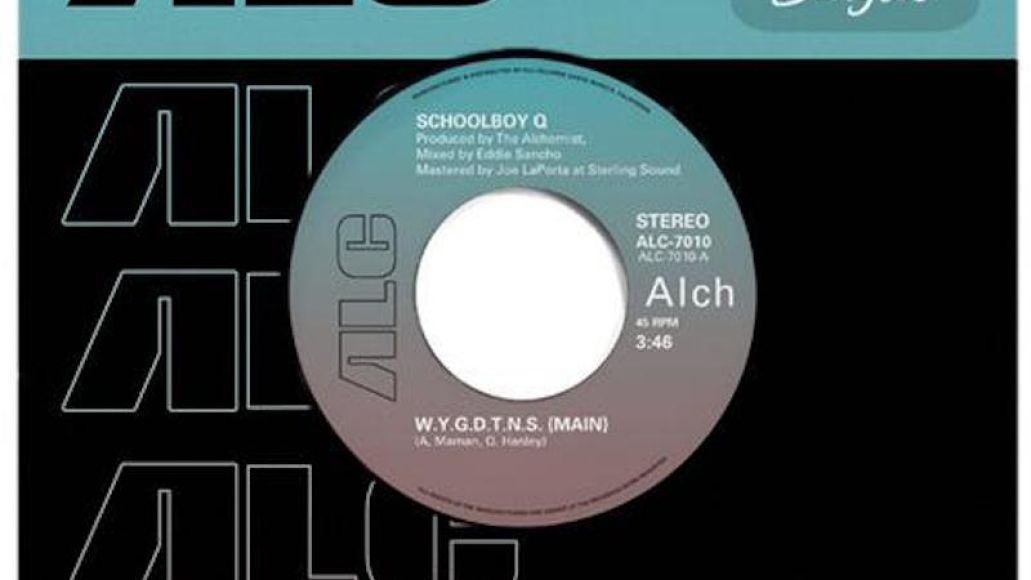 The Alchemist and ScHoolboy Q link up on new song "W.Y.G.D.T.N.S.": Stream