Welcome to Dissected, where we disassemble a band’s catalog, a director’s filmography, or some other critical pop-culture collection in the abstract. It’s exact science by way of a few beers. The time, we explore the work of one of cinema’s true great auteurs.

Nobody’s born an arts writer, film critic, or movie buff. Born to be one — maybe. However, that journey from being a young child watching a pre-movie cartoon alongside a parent to bingeing a director’s entire filmography deep into the wee hours of the night follows a basic developmental path: hundreds of treks up and down sticky, popcorn-speckled aisles (often alone); thousands of late-night rentals (also often alone); and a growing, insuppressible urge to tell others about what you’ve seen (it helps if you’re not alone — or at least have a pet).

But there’s one more moment that I think all film lovers share: the very first time we watch a movie and come away thinking, “Oh, so that’s FILM” or “I didn’t know a movie could do that.” I can rattle off dozens of movies that have, to borrow a phrase, shifted the cargo in my haul — from a courtroom drama like 12 Angry Men to a coming-of-age plunge like The Graduate to a perfectly paced thriller like Jaws — but one came before them. That was Stanley Kubrick’s A Clockwork Orange.

I will never forget seeing that opening shot in the Korova Milkbar for the first time: that demonic, glassy-eyed close-up; Hell’s own synths acting as ventilation; and the Nadsat slovos dripping from our humble narrator’s tongue like knives falling on marble tiles. Forget all that comes after that initial image. At that moment, I stared and thought, “Oh…”

And while not a very profound observation, I think it’s safe to say that on almost every occasion that I’ve seen a Stanley Kubrick film for the first time, my initial thought amounted to little more than an entranced “Oh…” His are films that open us to worlds beyond our reach, make us reconsider and think more deeply about the world we do inhabit, and, above all, rarely fail to stretch our imaginations to new and richer lengths.

In honor of 2001: A Space Odyssey’s 50th anniversary, we returned to all 13 full-length pictures in Kubrick’s canon. It’s been a daunting task, one that’s left us feeling like fetuses orbiting the Earth, apes beating our chests, and teenagers staring at a screen and thinking, “Oh, so that’s FILM,” all over again. 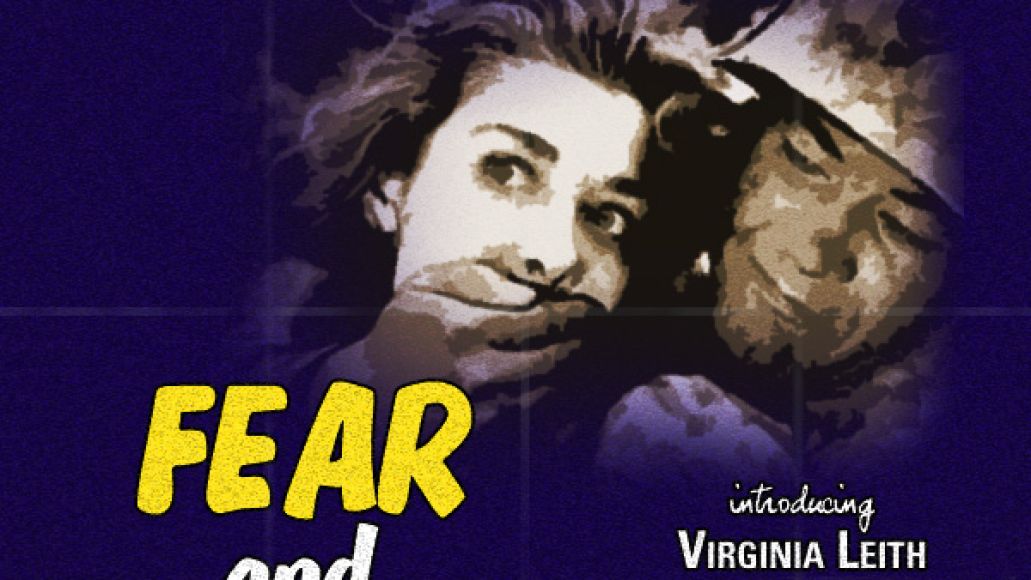 Press Release: News flash: war’s awful, terrible, and no good. How do we know? Because universally speaking, combat has a way of messing with people’s minds, and there’s no better example of this than in Fear and Desire, which drops four soldiers behind enemy lines. The countries aren’t identified. The battle, presented with nominal backstory or reasoning. No, we simply get four men in almost stage play-like fashion daring to confront their own … you guessed it, fears and desires.

Score: Fear and Desire didn’t have much in terms of its score, but Gerald Fried did manage to provide some effectively succinct downbeats. The bitter patriotic melody with steadily declining sounds worked like a metaphor for Kubrick’s soldiers and their devolving sanity.

It should be noted that this was Kubrick and Fried’s second collaboration. Fried already worked with Kubrick on the director’s Day of the Fight short. (Which, uh, hey, it’s free on YouTube.) The two would work with each other on later projects like Killer’s Kiss, The Killing, and Paths of Glory.

A Brief History of Stanley Kubrick: Since Fear and Desire’s his debut feature, it’s worth looking at Kubrick’s biography, and how he came to filmmaking. It’s fun to recant the legend every couple of years — inspire the film school troops.

Bronx born-and-raised, Kubrick was an art, literature, and film obsessive and had a knack for photography that landed him a job at Look magazine. His look? Crisp looks at social systems, snarky angles, high-contrast lighting, and subjects like librarians, boxers, and congested traffic among other things. Fast-forward to the ‘50s, Kubrick started making shorts, including Flying Padre and The Day of the Fight. While ostensibly commercial and observational work, his films explored human subjugation and how men punish themselves to get by. God what a gifted sadist.

Right, Fear and Desire. Kubrick raised dough on shorts. Roughly a grand from friends and family, which is quite impressive when your mind wanders to how much a first film can cost at Sundance in 2017. Kubrick knew he wanted to make feature-length films, and he committed to a script from his friend Howard Sackler about the perils of war-mongering, The Shape of Fear.

That script, shaped into Fear and Desire, the allegory we’re talking about right now. And the film, initially pitched as a low-cost, silent experiment, ran over budget, costing $53,000 (again, what a bargain). It flopped. Kubrick had to make another short, The Seafarers, and raise more money for his next film, Killer’s Kiss. The rest is film history. 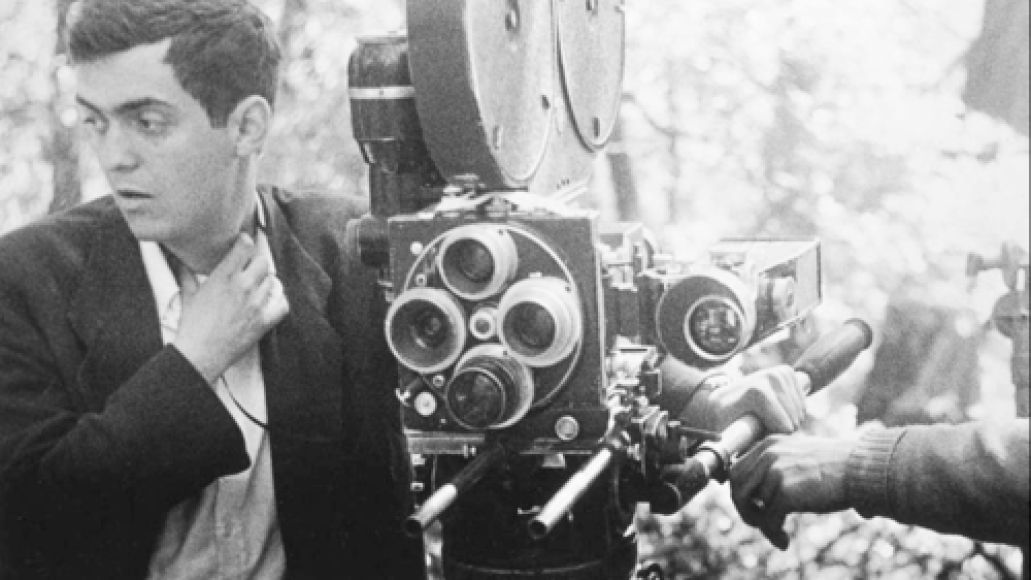 Lost Fears, But Growing Desire to See This Film: Fear and Desire was certainly no hit. It was grim, and admittedly amateurish, but it had a hard edge that adds an interesting side dish to any Kubrick enthusiast’s desire to watch the filmmakers’ full work. Plus, come on, it’s 62 minutes — sneak it in during your lunch break.

Desire’s distributor died in 1953, and this film fell off the map. Kino, thankfully, Blu-Rayed this in 2012 (complete with a restored version of The Seafarers), and thanks to the weird state of this film’s licensing, you can comfortably watch this online for free without much fear of legal reprisal.

Thee Moment: Poor Private Sidney. It’s a little senseless and overplayed, but Mazursky’s Sidney losing his mind is so rapt and watchable and focused and assuredly dramatic, it could have snuck into Full Metal Jacket. Sidney’s manic-obsessive break shows the actual physical manifestations of war when the mind’s first to go. For 1953, this is relatively daring stuff.

The Master at Work: Funny. Kubrick worked so hard at just getting this film off the ground that none of the trademark mania and control-freak tendencies have been heard about with this film. This was Kubrick at just 25 years old, just trying to get a full-length film made, not the hardcore auteur he would become. Not to be trite, but what the hell did you produce at 25?

Kubrickian Scale (0-10): 6, about. The anti-war flick is a dime a dozen. From The Western Front to Private Ryan, many a mighty filmmaker has tackled the horror, and Fear and Desire acts as more of a debut and proof of skills and tenacity than anything else. It’s not the boldest statement, or a fiercely visionary thing, although … Fear and Desire has that caustic, dark streak of Kubrick’s. Or at least, hints of it.

Analysis: Fear and Desire is a first film, through and through. Kubrick played with creative angles while rambling and telling his story with a lack of authority. The movie explores ideas a little too big for such a small film. And yet, there’s such a jaded worldview on display that it can’t help but feel like a Kubrick.

It’s also a weird film when placed historically. In 1953, the big hits were chipper studio fare, like Shane and The Band Wagon. The biggest anti-war film was Wilder’s Stalag 17, and the most impressive thriller was Clouzot’s The Wages of Fear. Fear and Desire wasn’t and is not strong enough to counter any one of those films. But, it does make for a great Cliffsnotes for Kubrick-ia and acts like a young punk stirring something up in the back of the class, and there are rewards within.

It has great performances (especially from future director Paul Mazursky), impressive invention with the camera, and Kubrick’s attempts to scale back warmongering to avoid specific causes and countries is an interesting and impressionistic move. It’s not a bang, but it’s certainly not a whimper either. It’s a curious call for things to come and worth seeking out. — Blake Goble

Every Stanley Kubrick Ranked from Worst to Best