Steel Panther, the 21st century hair-metal band that is forever stuck in the 1980s, have announced a new album, Heavy Metal Rules. Along with that news comes a video for the new song “All I Wanna Do Is F**k (Myself Tonight)”.

“Heavy Metal Rules is the ultimate party album,” says the band in a press release. “Anthem after anthem and hook after hook, the songs will provide the soundtrack to your new bitchin’ heavy metal life. The first single, ‘All I Wanna Do Is F**k (Myself Tonight)’, is the ultimate song about self-love and having a positive personal self-image. It is the kind of song you put on to get yourself in the mood whether you’re getting ready to have sex with yourself or 17 girls in a row.”

Out September 27th, the band’s fifth studio album contains 10 tracks with titles firmly rooted in debauchery, including the aforementioned first single “All I Wanna Do Is F**k (Myself Tonight)”. The video for that song is inspired by The Hangover, centered around singer Michael Starr’s impending wedding in Las Vegas, and features cameos from Carrot Top, Five Finger Death Punch bassist Chris Kael, and more.

Heavy Metal Rules is available for pre-order at this location. Steel Panther are currently playing festival dates in Europe and will return to North America for shows in late July and September. On September 26th, they’ll play a special album-release show at The Whisky a Go Go in Los Angeles. See the band’s current itinerary here. 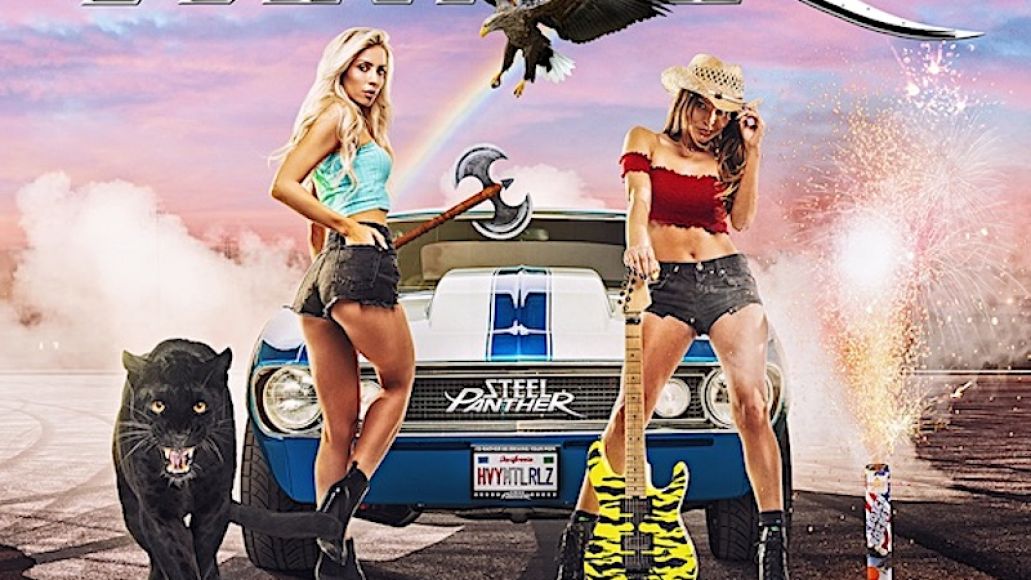