Netflix’s hit series Stranger Things brings a heavy dose of nostalgia and gross-out horror in equal measure, but the biggest reason fans keep tuning in each season is for the endearing characters. From the core favorites to unlikely pairings, it’s the residents of Hawkins who have propelled this series into pop culture phenomenon.

Stranger Things 3 kept that magic alive with plenty of new faces and foes. Yet the strongest among them is that of Scoops Ahoy! employee Robin. Played by relative newcomer Maya Hawke, Steve Harrington’s disinterested coworker had our attention from the minute she first appeared, and then later our hearts in that Starcourt bathroom.

The Duffers clearly carved out someone special in Robin, but Hawke’s chemistry with Joe Keery, the honesty she brought to her role, and her on-screen comfortability made her a permanent resident of Hawkins — and she’s only warming up. In our quick chat, the young star insists upon a bright future for the smartest member of the Scoops Troop.

Read below as she digresses on being a member of the Stranger Things family. 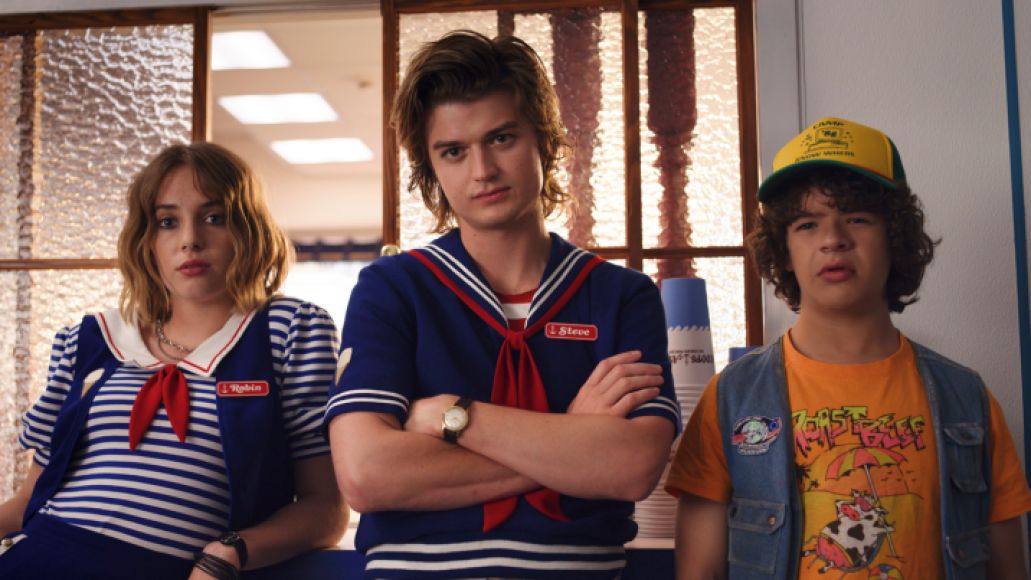 What was your familiarity with the show prior to casting, and how was it to join this established family?

I loved the show beforehand. It’s so smart and sensitive while still being an action-packed adventure story. Who wouldn’t love that? Joining the cast was really intimidating, but everyone was really welcoming.

How has Robin evolved from script to screen? It’s been rumored that the Duffer brothers will tailor their characters to the actor portraying them.

Robin evolved a lot as we filmed the season. I think the Duffer brothers take a lot of inspiration from their actors, so the better the brothers got to know me, the more the character changed. But you would have to ask the brothers about that.

Robin sees herself as an under-the-radar big fish in a small pond. She is really driven and works really hard at school, because she knows someday, she’ll make it out of Hawkins and she wants to be ready.

That key, emotional moment between Robin and Steve Harrington was planned from the beginning, but it wasn’t always set for the seventh episode. What were the discussions like in regards to that scene and where to place it?

We just wanted that scene to feel as original and truthful as possible. For it to come out of a real need to tell Steve the truth and for their relationship to have grown enough that she felt truly comfortable. I think that’s why we held out until episode 7.

Any hints for Season 4, specifically which direction you’d love to see Robin take?

I wanna see her at the video store. So many of the great minds of the ‘80s and ‘80s filmmakers and creatives started out working in video stores, and as far as I know, that environment hasn’t really been explored on TV. I think that would be really fun.

We got an idea of Robin’s movie tastes at the end of this season, but what kind of music does she like?

She would love Patti Smith and Bob Dylan. Joan Jett and The Runaways. I think she has some nostalgia for ‘60s and ‘70s rock.

If you were dropped in Starcourt mall, what stores would you go to?