The Pitch: Riley Stearns raised a number of eyebrows in 2014 with Faults, a curious drama about a cult deprogrammer that posited the Texas-born filmmaker as a young voice to watch. Five years later, Stearns has capitalized on that goodwill with The Art Of Self-Defense, a bold, audacious portrait of curdled masculinity that’s somehow as funny as it is genuinely unnerving.

Jesse Eisenberg stars as Casey Davies, a mild-mannered accountant who, after a late-night trip for dog food, is beaten mercilessly by a group of lithe, helmeted bikers. As he struggles to recover, both physically and mentally, Casey stumbles upon the strip mall dojo of Sensei (Alessandro Nivola), who quickly seduces Casey into becoming his newest student.

Casey is a natural at karate, but his progression to becoming a yellow belt brings with it changes in behavior, from his taste in music to his devotion to work to the way he treats his dog. As reality bends into absurdity, a darker, more dangerous corner of the dojo is illuminated, one that seeks to turn Casey into everything he fears most. 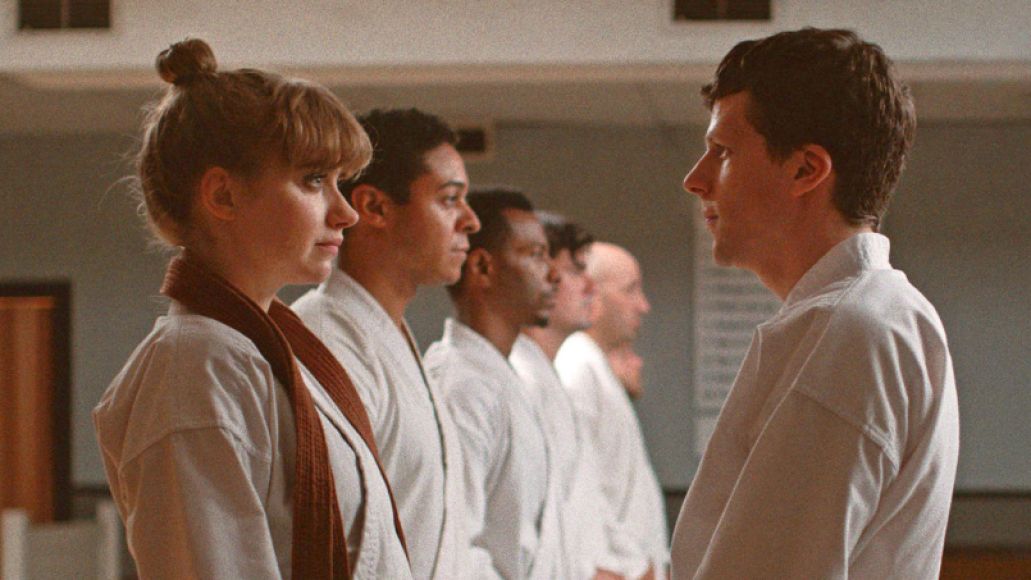 Hi-Ya!: The Art Of Self-Defense isn’t unique in its tone, which navigates a semi-surreal milieu and deadpan mode of delivery as it veers from comedy to, well, something else. However, it’s special in just how deftly it toes its razor-thin tonal tightrope. While Casey’s transformation is presented with a kind of stone-faced bluntness — in order to be more masculine, Sensei demands he listen to metal, not adult contemporary — its progression is charted with eerie, impactful elegance. Credit the karate itself, which offers Casey a physical transformation to mirror his emotional one. But kudos are also due to Nivola, who maintains such a warm, stabilizing charisma that the script’s sharp turns into surrealism feel completely natural, and all the more terrifying for it.

Strip Mall Realness: Throughout the film, Stearns weaponizes his no-frills approach to great effect. The dojo is dingy and dimly lit, and the supporting cast exudes a general sense of suburban malaise, resulting in a blandness that functions as a kind of blank canvas. The offbeat humor that buoys the first act serves to pacify the audience, to set up expectations of satisfying empowerment and cathartic revenge that are then smeared and vandalized with brushstrokes of shocking violence and brazen cruelty. The mysteries emerging from Stearns’ resulting portrait aren’t narrative — the twist isn’t hard to guess — but directorial. Stearns’ filmmaking isn’t flashy, but it is cunning. So tight is his tonal grasp that the film’s sense of humor perseveres through the absurdity, growing with it in ways that help the narrative achieve a mode of satire that resonates across several levels at once. 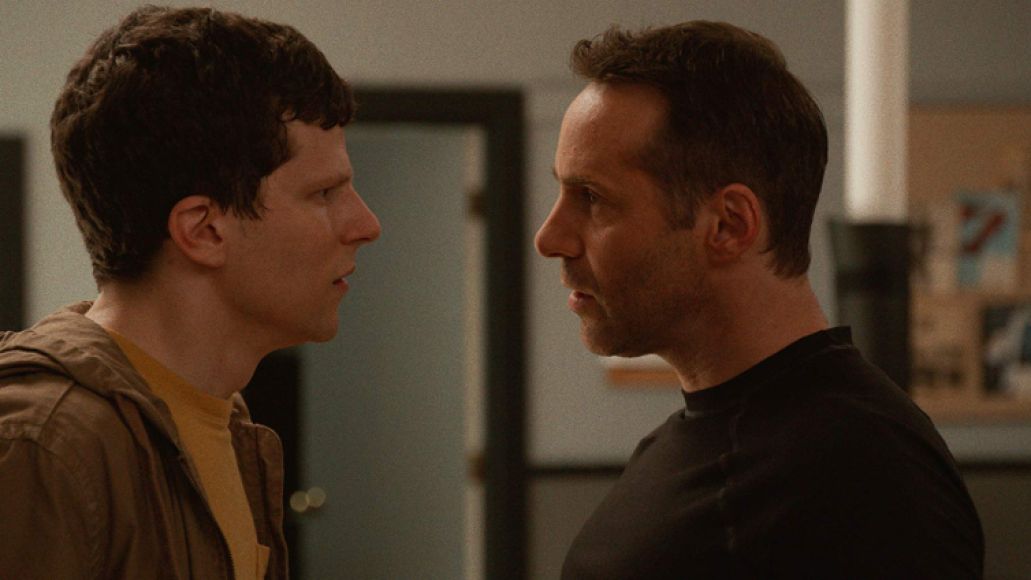 Zucked: Eisenberg is perfect here. The thin, lanky actor’s clipped and forceful vocal style often finds him occupying places of intellectual power — think Lex Luthor or The Social Network‘s Mark Zuckerberg — but here he begins the film as the kind of insecure, awkward drone to which his jittery countenance lends itself. His evolution from beta to alpha then feels seamless, not to mention resonant in an era where the insecure have found purpose in the anti-feminist radicalization efforts of men’s rights activists and influencers like Jordan Peterson, the likes of which have flourished under Trump’s performatively macho presidency.

It’s then bold that Stearns more or less avoids the message boards, chatrooms, and social media feeds that so often serve as vessels for “alpha male” toxicity. As such, The Art Of Self-Defense achieves a timelessness that not only gives it staying power, but also a broader, more active journey in the process. 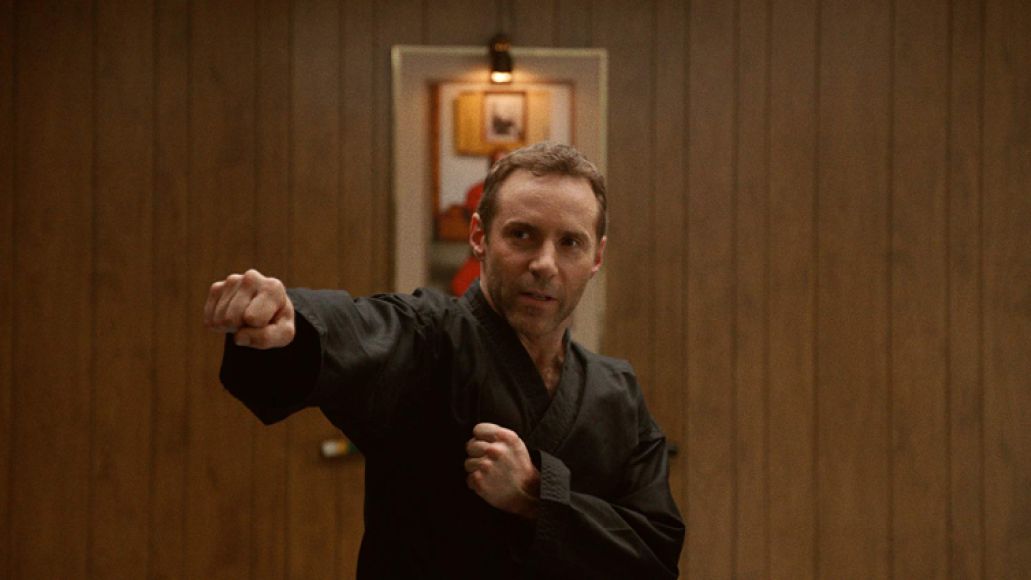 The Verdict: The Art Of Self-Defense doesn’t nail every beat. The blunt-force humor can fall flat in the early going, its semi-surrealism having not quite caught up to the rest of the film. And for as supremely satisfying as the third act might be, it can’t help but feel thematically murky, as if Stearns realized he’d painted himself into a corner in terms of messaging. Still, the explosive, gut-punching ways in which it tackles questions about violence and ingrained misogyny feel dangerous, not to mention vital and ripe for discussion right now. It’s then fitting that they’re packaged together in a film that quite brazenly plays by its own rules. Stearns deserves as much credit as his stars; The Art Of Self-Defense is a singular work, brimming with ideas, by a budding visionary with a hell of a lot to say.

Film Review: The Art of Self-Defense is a Funny and Deeply Unnerving Dissection of the "Alpha Male"