Tegan and Sara are tapping into their past on their forthcoming album, Hey, I’m Just Like You. The follow-up to 2016’s Love You to Death is comprised of reworked and re-recorded songs from their teenage years. One of those is today’s newly unveiled “I’ll Be Back Someday”.

Longtime fans will be able to detect both the new and old sounds incorporated by Tegan and Sara over the years. Glossy pop sits comfortably alongside the kind of guitar-led arrangements that populated the duo’s earlier material.

In a statement, Sara Quin offered some context on the track,

“We had been begging for an electric guitar, and on our 16th birthday, we got one. Of course, we had to share it, so it became a weapon that we stole from each other’s rooms, barricading ourselves behind locked doors with guitar in hand. Screaming over the small amplifier, we tested our voices by writing punk songs, shredding our thumbs on the strings.”

Hey, I’m Just Like You is due out September 27th. The full-length coincides with the synthpop outfit’s first-ever memoir, High School, which drops September 24th. Both releases will be supported with an intimate acoustic tour that begins in the fall.

“I’ll Be Back Someday” Artwork: 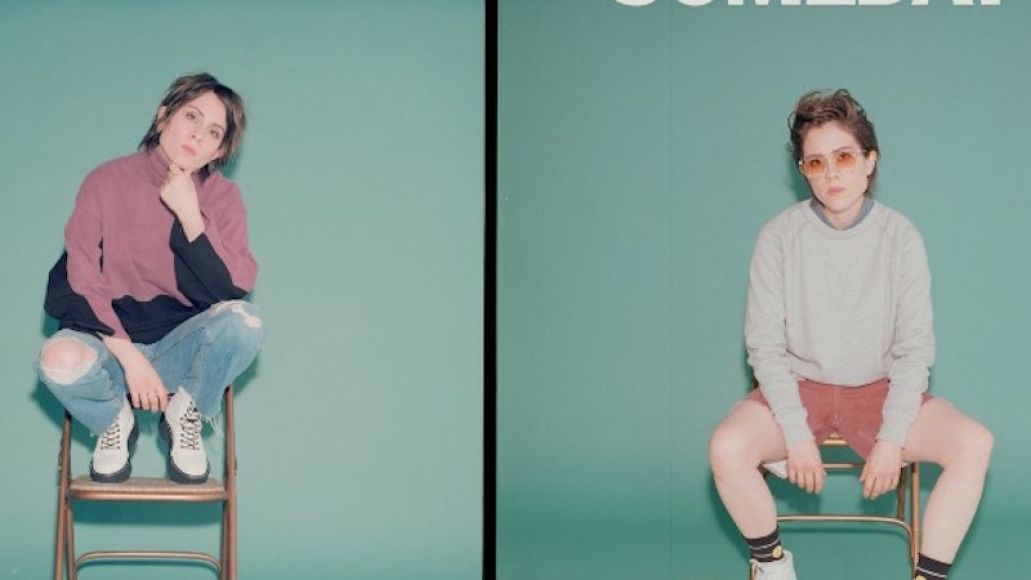 Tegan and Sara promise "I'll Be Back Someday" on new song: Stream