This past Saturday marked the 55th anniversary of the London premiere of The Beatles’ feature film debut, A Hard Day’s Night, with its accompanying album celebrating an anniversary just four days later. 1964 already proved monumental for the Liverpool quartet, who visited America for the first time, appeared on The Ed Sullivan Show, and experienced such “mania” as has never been replicated. But a new album, their first featuring original songs only, and a film offering an intimate look at The Beatles’ cheeky, down-to-earth personas sent the world into a frenzy.

(Read: Ladies and Gentlemen, The Beatles: When the Fab Four Met Ed Sullivan)

We’ve all seen the footage of screaming girls drowning out the young rock and rollers’ performances. But without reading the incessant newspaper coverage dedicated to the beloved (and hated) mop-tops, it’s impossible to grasp the full scope of Beatlemania and why it’s a global event we’ll never experience again. To that end, let’s explore some of America’s hysterical raw thoughts and reactions toward The Beatles from throughout the milestone year of 1964.

“You Make Me Feel Alright” (Except for the Fainting)

Headlines like “100,000 Expected to Greet Beatles at Airport Tonight” (Santa Cruz Sentinel, Aug 18th, 1964) ran in every city The Beatles visited and even some where they were falsely rumored to appear. In these stories, newspapers offered their readers exact times and locations to join the craze, requiring security and medical professionals to be on full alert.

“Red Cross Ready for Beatle Rush,” The Indianapolis News reported in September, explaining that a total of “Six doctors, 25 registered nurses, 65 first aid men, 20 ambulance drivers, and 23 volunteer Red Cross workers” were assigned to their Indiana State Fair show. Red Cross chapter chairman Paul J. DeVault warned readers, “Faints are expected due to the extreme excitement on the part of some teen-agers.” Fainting was indeed a common occurrence. Mavis Cole, reporting for The Chicago Tribune from the London premiere of A Hard Day’s Night, wrote, “Approximately 120 of their fans had fainted or been carried away in hysterics and the police had arrested two troublemakers.”

“Such a Mean Old Man” (Not the Critics’ Choice)

The critical response to The Beatles early in their career was overwhelmingly negative. Even their historic performance on The Ed Sullivan Show was decried by Boston Globe critic Percy Shain, who preferred Judy Garland’s 9:00 p.m. concert special over The Beatles’ one-star performance. “Really, now, is that music?” he began. Shain’s main complaint was the lads’ animal-like voices, as he critiqued, “I’ve heard better cackling down at the barnyard.” The unimpressed Shain further described their sound as “something like nasal whining twangy chords and a drumbeat.”

Of course, the crowd’s behavior wasn’t attractive either, as Shain wrote, “The audience was as much the show as these four top-heavy howlers…The paroxysms of joy that every bray evoked all but burned up the screen.” The only compliment Shain had to offer was that “their movements are not suggestive in the sense that Elvis Presley’s were during his heyday. They seem like well-behaved boys.” Thank goodness for that.

“Majoring in Medicine” (We Need an Exorcism!)

Doctors and psychologists had plenty to say about The Beatles’ performances and offered their reasons why Beatlemania had taken hold in America. In August, child guidance expert Dr. Bernard Saibel attended a concert for The Seattle Times — an experience he called “unbelievable and frightening.”

“The music is loud, primitive, insistent and strongly rhythmic and releases in a disguised way the all-too-tenuously controlled, newly-acquired physical impulses of the teen-ager,” he concluded. “Mix this up with the phenomena of mass hypnosis, contagious hysteria, and the blissful feeling of being mixed up in an all-embracing, orgiastic experience and every kid can become ‘lord of the flies’ or The Beatles.” He continued to suggest paranormal activity at the event, saying, “Normally recognizable girls behaved as if possessed by some demonic urge, defying in emotional ecstasy the restraints which authorities tried to place on them.” The blame for the chaos, according to Dr. Saibel, lie with “the bizarre, gnome-like, fairy-tale characters” on stage.

Other psychologists like John Gabriel tried to understand the mass attraction to the unkempt stars, explaining it as a byproduct of The Beatles’ androgynous appearance. “The Beatles perhaps are truly masculine in real life,” Gabriel told The Dayton Daily News. “But on stage, with their long hair and tight suits and Cuban heels, they seem to engender important feminine ingredients.” An unnamed psychologist agreed with Gabriel in talking with The Brandon Sun: “They give the impression of being asexual — that is, they pose no threat to the pre-adolescents. They are exciting and absolutely safe.” I’m sure Freud would approve their diagnoses.

“Doing The Garden, Digging The Weeds” (Good for the Garden) 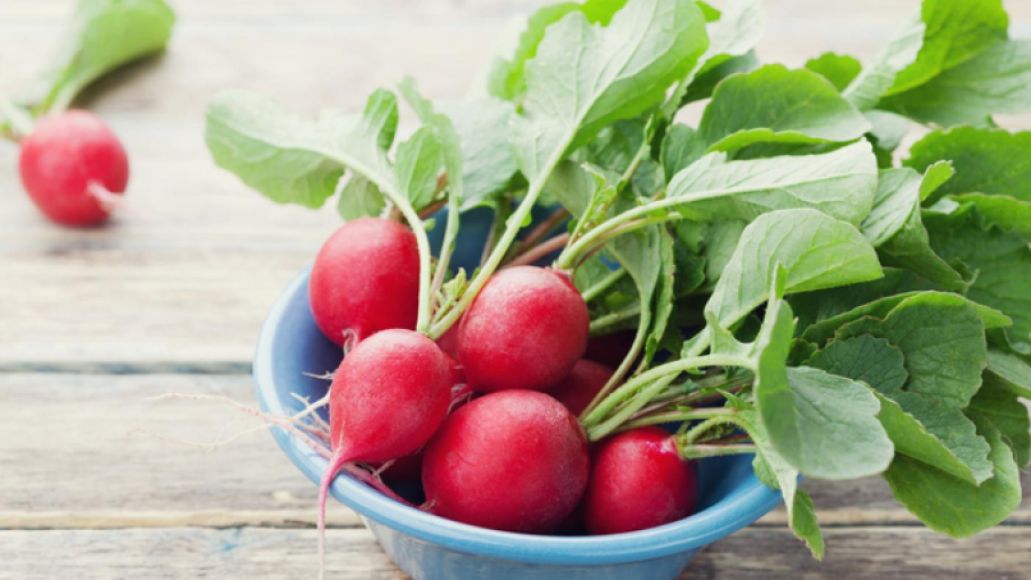 Others took scientific measures to determine the effect Beatles music had on the natural world. As The Star-Gazette reported in June, Lynn Boshkov, 15-year-old daughter of a Columbia University professor, discovered “Radishes simply go wild over The Beatles.” I’m sure we all did this experiment in middle or high school. You take a plant and apply different variables to the samples to see their effects on growth. In this case, the young Boshkov grew radishes while playing different musical selections to promote growth. The contestants — operatic soprano Lily Pons, Czech composer Antonín Dvorak, and The Beatles.

Unsurprisingly to the Fab Four fan, the radish plant exposed to The Beatles performed best in every category, including “weight of foliage above ground,” “weight of radish and root,” and “number of leaves above ground.” The story didn’t say whether Boshkov followed proper scientific method and repeated the experiment. But as for The Beatles’ viability, it seems the proof is in the radishes.

A Hard Day's Night: The Strangest Reported Reactions to Beatlemania