The Pitch: For the last half-century, superheroes haven’t just arrived in the public consciousness – they’ve become corporatized. The Vought Corporation tracks down people with superpowers — known as “supes” — and poaches them for employment in privatized security and entertainment divisions. Caped crusaders are basically celebrities, enjoying film deals and corporate endorsements while they work through “crime itineraries” given to them by Vought’s analytics teams.

But The Seven have let all the fame and fortune go to their heads; they’re capricious, egotistical, and downright cruel, more focused on reputation than saving the world. Meek electronics salesman Hughie (Jack Quaid) learns this firsthand after his girlfriend becomes collateral damage at the hands of an inattentive member of the super-team.

He’s not the only one; Midwestern-nice crimefighter Starlight (Erin Moriarty) is recruited to become the latest member of The Seven, only to fall victim to cynical corporate mandates and Weinstein-level sexual coercion. As she struggles to assert her personhood against Vought’s focus-grouped stranglehold, Hughie falls in with a crass English FBI agent named Billy Butcher (Karl Urban), who recruits him into a team of vigilantes, informally called “The Boys,” who want to take The Seven down once and for all. 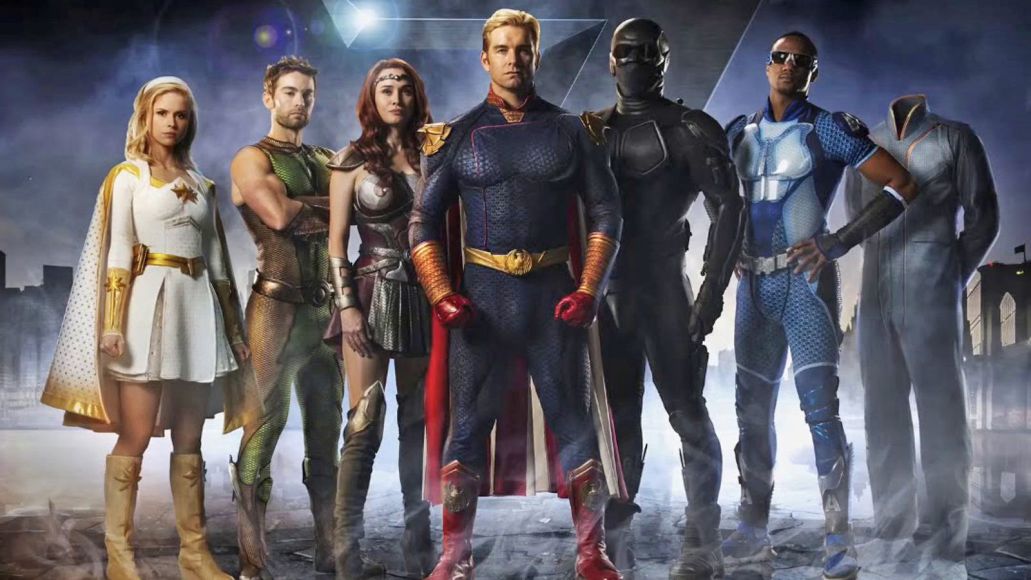 Superheroes, Inc.: Adapted from a Garth Ennis and Darick Robertson comic from the 2000s, The Boys comes to us from the teams behind Supernatural (Eric Kripke) and Preacher (Evan Goldberg and Seth Rogen), and it shows. Throughout the eight episodes of the show’s first season, we’re treated to a bleak, cynical universe in which superheroes are insulated from the consequences of their actions by a river of NDAs and red tape — not to mention their inherent ability to liquefy anyone who stands against them.

Working under the mandate of calculating middle manager Stillwell (a sly Elisabeth Shue), The Seven are products and brands to be maintained, with PR flacks on deck to handle every aspect of their image and sweep sex crimes and accidental homicides under the rug when needed.

The cast has a hell of a time realizing these aspects of their characters: Starr exudes the kind of superpowered douchebaggery we haven’t seen since Greg Kinnear’s Captain Amazing in Mystery Men, while Crawford gamely pokes holes in his heartthrob image as the deeply flawed Deep. Moriarty’s Starlight, meanwhile, is an engaging conduit into this world of corporate heroes; she’s quickly thrust into a #MeToo-type situation involving The Deep, in which even her brutal honesty about her experiences is cynically spun into a you-go-girl empowerment moment for Vought. 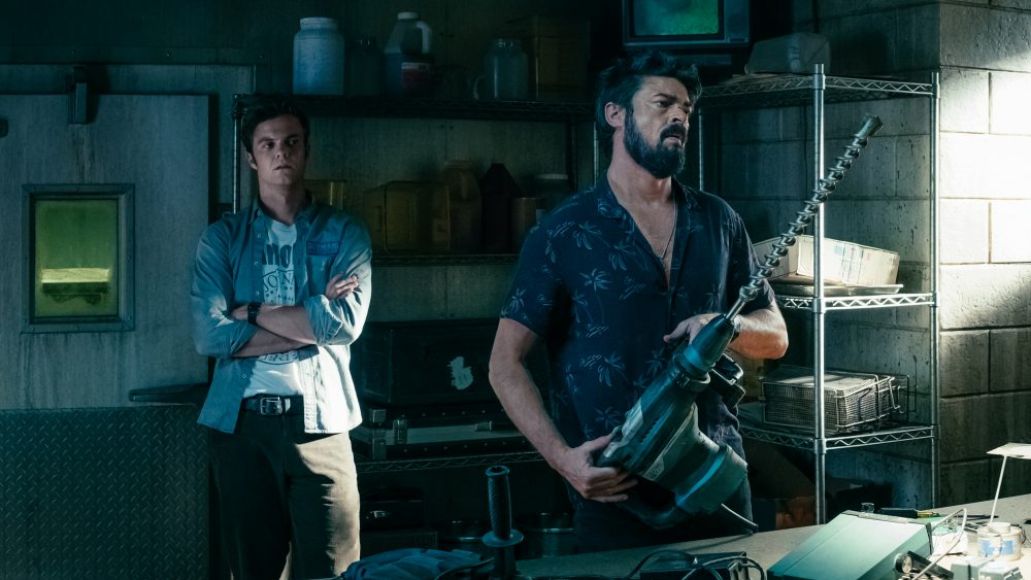 Let’s Hear It for the Boys: It’s when the show shifts to the titular Boys, however, that the tone starts to falter. Don’t get me wrong, it’s always exciting to see Karl Urban on screen, especially in such a swaggering role as the stylish, shit-talking Billy Butcher. “You look like you’re auditioning for the porn version of The Matrix,” Hughie tells him early in the series, and that sense of performance is an interesting wrinkle for Urban to play. He’s a guy with an axe to grind and more than a few secrets, and his affiliations may not be as on the up-and-up as it might seem. As for Hughie himself, Quaid (son of Dennis and Meg Ryan) infuses him with sufficient charm to avoid dragging down the proceedings as the aggrieved white nerd who always ends up being the protagonist of these edgy ’00s comics.

Some Kind of … Suicide Squad: The rest of the team is fun enough, but they get very little to do besides aimless bickering, punctuated by sob stories about their tragic pasts. Mother’s Milk (Laz Alonso) and Frenchie (Tomer Kapon) have some wonderful chemistry, but it’s mostly used to tediously shit-talk each other when they’re not arguing about the agency of the unnamed fifth member of the team, a super-powered mute played by Suicide Squad‘s Karen Fukuhara. But as a team, the whole doesn’t add up to the sum of its parts. At the end of the day, dealing with the various perversions of The Seven’s power is just that much more interesting. 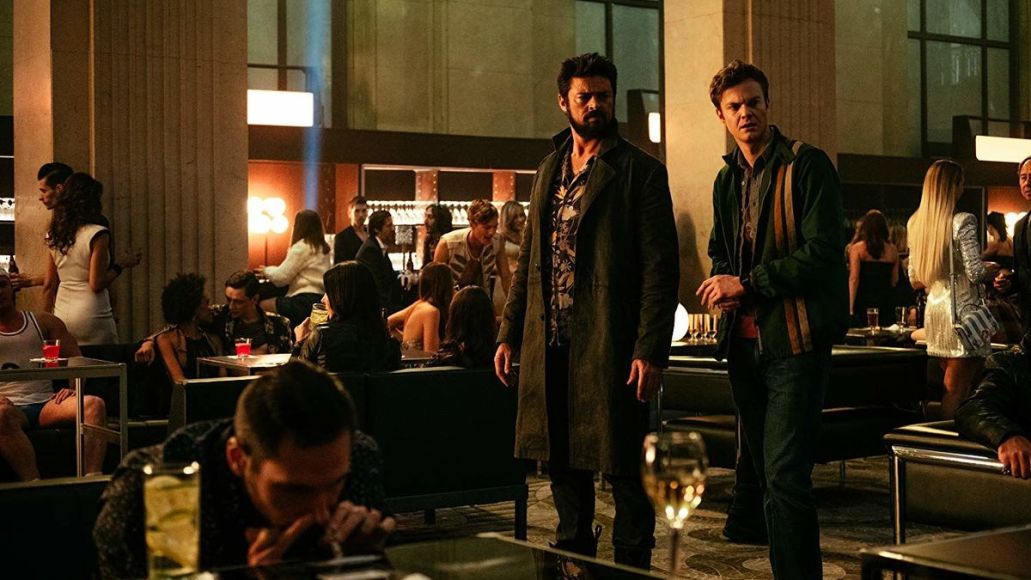 The Verdict: There are two superhero shows fighting for dominance in The Boys — Kripke’s nuanced look at corporate-owned superheroes contrasted with the Rogen/Goldberg approach of adolescent blue humor — and the former works much better than the latter. When the show stops to think about the toll that greed and ambition can take on superheroes who, in other circumstances, might be beacons of truth, justice, and the American Way, it soars.

But funnily enough, it’s The Boys themselves who drag the proceedings down with their Boondock Saints-level jokes and lol random moments. The idea of superheroes letting their egos get too big is inherently funny enough; you don’t have to throw in gags about toddlers with laser eyes and killing invincible men by sticking C-4 up their buttholes.

Ideally, they can refine what works and trim the fat off what doesn’t. That might prove difficult, though, when the weak link of your show is right there in the name.