The Pitch: Veronica Mars (Kristen Bell) is back and up to her old tricks! Five years after the events of the movie, Veronica’s settled in and made a new life for herself in Neptune. She’s working with her dad, living with Logan (Jason Dohring), and as the season’s cold open firmly establishes, she still knows her way around a locked door and a listening device.

But those skills are put to the test when a bomb at a seaside motel takes out a unique mix of libertine Spring Breakers and the exasperated people who serve them. The explosion’s victims include a standard party girl and a humble hotel owner, a lecherous douchebro and a nerd with dangerous family ties, as well as a true crime-loving pizza delivery man and the younger brother of a US congressman. From there, the season spins out its clues, connections, and potential motives with more than enough possibilities to fuel its central mystery.

With so much dust in the air, the congressman and his family hire Mars Investigations to uncover what really happened. Along the way, the new season offers the sorts of twists and turns, both personal and professional, that the show’s cadre of “Marshmallows” have come to expect.

Embrace the Mystery: How satisfying you find the answers to season four’s big questions will depend on how much you liked the series’ past grand reveals. It takes no small amount of convenience and contrivance to make everything fit together, and the show retains its propensity to have culprits talk like Bond villains once their evil plan has come to fruition. The solution to the season’s major mystery works well enough, but will still leave viewers scratching their heads a bit. 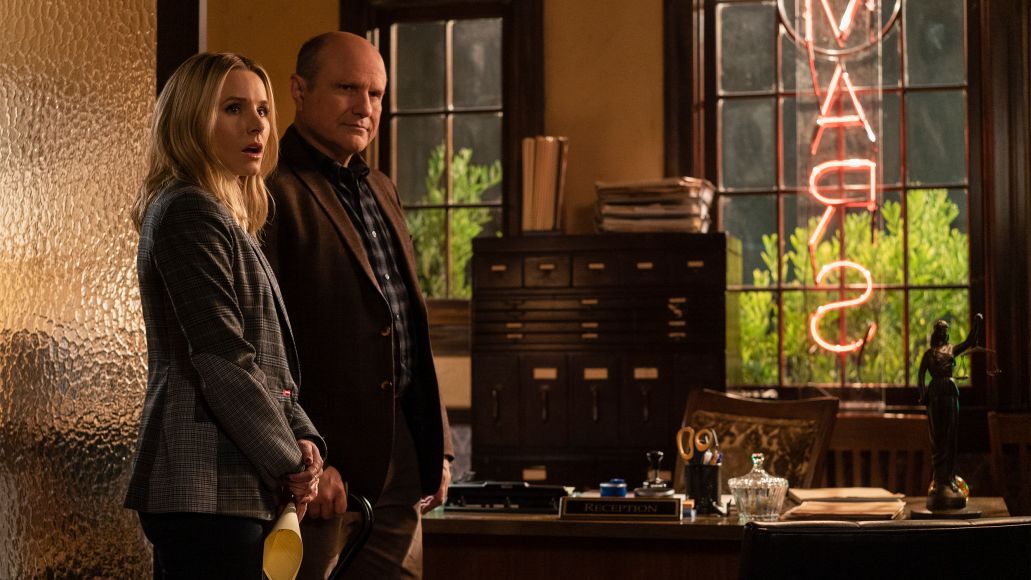 Still, even if the destination isn’t quite flawless, the mystery of the Spring Break bomber makes for a well-built whodunit and an exciting ride. The red herrings and subplots intertwine with the major mystery nicely, tying our heroes in knots and finding natural ways to entangle their friends and family. The season also includes some clever twists and feints to keep the amateur sleuths at home on their toes. While the solution to the puzzle takes some contortions, the ebb and flow of the mystery along the way more than supports the fun and suspense of the season.

Something Old, Something New, Something Borrowed, Something Blew Up: These sorts of revivals almost inevitably end up feeling like reunions, with familiar faces trotted out to wink at the camera and give the audience the ol’ nostalgia feel-goods. Thankfully, Veronica Mars got most of that out of its system in its 2014 film. Sure, there’s still cameos from people in Veronica’s past, but they tend to be quicker and pull from deeper in the show’s back catalog, making them fun accents rather than the focus of the piece.

Instead, season four centers squarely on Veronica, Logan, and Keith as its core characters, with smaller but meaningful roles for Weevil, Wallace, and other old pals. That allows the show to not only take more time to focus on character development and sketch out arcs for its main trio, but also to blend the old and the new as a slate of never-before-seen characters take the stage and make memorable impressions of their own.

But some of those new faces are “borrowed,” as big names like J.K. Simmons and Patton Oswalt join the cast and acquit themselves well within the series’ ecosystem. Beyond the mystery itself, which is made up almost entirely of new additions, our heroes make new friends, clash with new foes, and find new allies in a way that nicely balances the fresh and the familiar in a revival season. 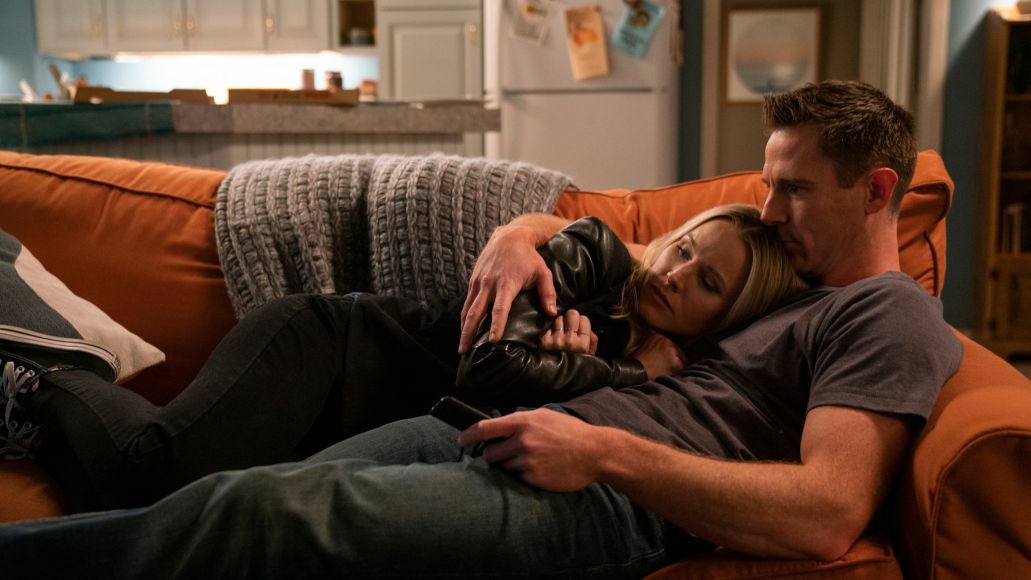 Endless LoVe: This being Veronica Mars, the season includes some of the requisite romantic drama all but required to sate the fans’ ravenous demand for it. And yet, it comes in a more mature form than the love triangles and teenage hothead friction of days past. Logan and Veronica are at a different stage of their lives, and the issues between them have more to do with who’s healthy and grown-up than on whose bad-boy chemistry is at high tide. The show’s not afraid to look critically at its protagonist on that front. Despite a couple of cheesy head fakes, season four makes good on the promise of the real-life problems its One True Pairing would face in an adult relationship.

At the same time, the season also makes good on the everpresent love Veronica has for her dad, regardless of what’s going on in her romantic life. Keith Mars (Enrico Colantoni) is feeling his age in more ways than one this season. As the father/daughter detective duo team up once more, the show keeps the concerns of an aging parent and the worries of a child watching her father slow down at the forefront. It’s a deft choice, which pays dividends both for the plot and for the show’s best and most consistent relationship. 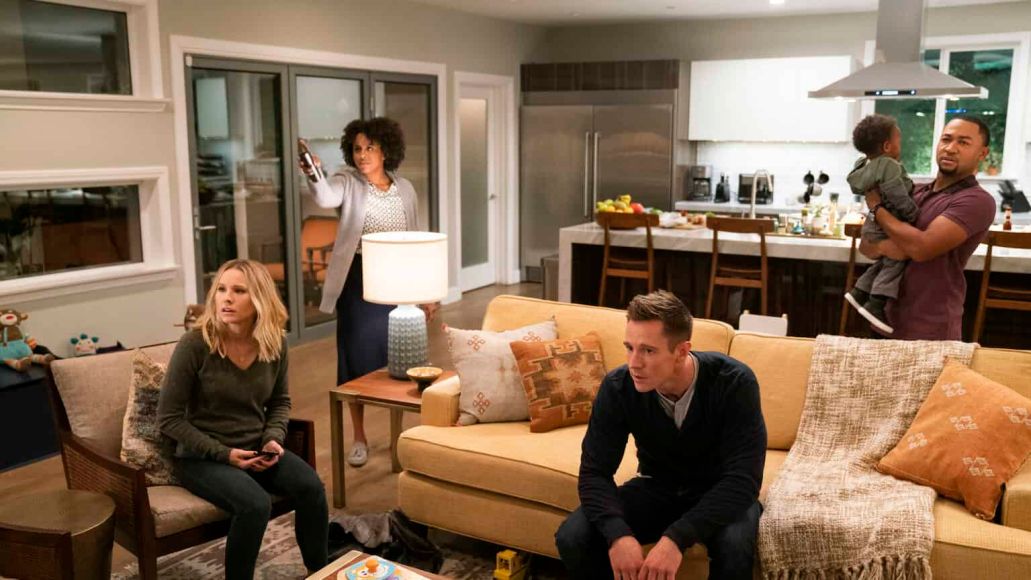 The Verdict: The hardest thing about reviving a television show is making it feel like it once did. There’s a particular alchemy to good TV, and even reassembling the same ingredients years later doesn’t always achieve the same results. Thankfully, the long-delayed fourth season of Veronica Mars feels remarkably, unmistakably like the series of old. It has the same strengths, the same pressure points, and the same distinctive vibe and sensibility as the show that went off the air in 2007.

That in and of itself is astounding. If you jumped immediately from the last season to this one, you’d notice the characters are a bit older, the production values are a bit better, but otherwise you’d see a series that hasn’t missed a beat in more than 10 years. Regardless of how satisfying the reveals are, or whether fans will be on board with the latest twists in Veronica’s romantic drama, this season is, firmly and palpably, a natural extension of the same show the Marshmallows fell in love with a decade and a half ago. That alone is an achievement.

Even better, with all that time passed, the show’s creative team hasn’t forgotten what made the show burn so brightly. Firmly present are the class issue, the racial divides, and the show’s mix of hope for individuals and skepticism about the institutions they work for and against. Its sparkling banter, well-sketched complex relationships, and the best father/daughter dynamic on television are all still accounted for. And with a few bold moves, the show’s central ethos — that in a community where the deck is stacked, you lose even when you win — remains intact.

In short, this is still absolutely Veronica Mars. The new season offers a stellar return to Neptune that is as funny, twisty, endearing, and harrowing for the audience as it is for Veronica.

Where’s It Playing? It’s available right now as you’re reading this over at Hulu.