As Michael Lang scrambles to put together a last-minute, scaled-down version of Woodstock at Merriweather Post Pavilion in Columbia, Maryland, once thing has become abundantly clear: the artists originally announced for the 50th anniversary will likely not be involved.

As my colleague Ben Kaye explained yesterday, the lineup announced back in May — featuring JAY-Z, Miley Cyrus, Chance the Rapper, Robert Plant, and John Fogerty, among others — was specifically for a concert in Watkins Glen, New York. Once organizers decided to relocate the event 350 miles south to Maryland, the contracts all but came null and void.

Today, Lang emailed talent and booking agents to inform them that he would not try to enforce contracts for the event, according to Billboard. Instead, he’s working with Merriweather operator Seth Hurwitz from I.M.P. to put together a new lineup. Among the possible acts are Smashing Pumpkins and Noel Gallagher’s High Flying Birds, who already have a show scheduled at Merriweather for August 17th.

With exactly three weeks to go until Woodstock is supposed to launch, Lang has a lot of work ahead of him. And that’s without even mentioning the fact that not one ticket has been sold. 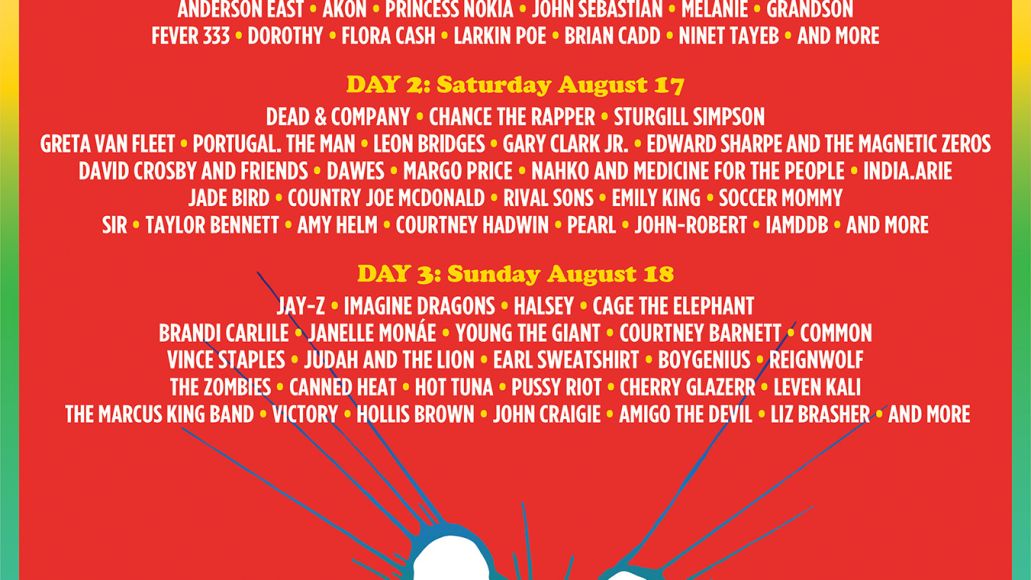