The 2019 iteration of the Wacken Open Air festival took place this past weekend in Germany, but if you hoping to attend next year’s fest and don’t have a ticket, it’s already too late. On Saturday, the fest unveiled the first round of bands for its 2020 lineup — including Judas Priest, Amon Amarth, and a reunited Mercyful Fate, among others — and within 24 hours, all 75,000 tickets were sold out.

A statement on the festival’s website read: “We are sitting here in Wacken and are honestly overwhelmed by what just happened: Wacken Open Air 2020 sold out in 21 hours, all 75,000 tickets are gone! Thank you for your incredible loyalty, and the faith you put in us!”

Wacken is notoriously one of the most deluxe metal festivals in the world, bringing together a dense curation of big bill talent from all regions. The 2020 lineup looks to be no different, with the first round of acts also including Sodom, Hypocrisy, Death Angel, and Venom, among others. See the current lineup in the poster below.

A major detail of this reveal is that it includes the reunited Mercyful Fate, who just recently announced their return after 20 years. The band teased only one festival date at Copenhell 2020 among an unspecified series of Europe shows, with Wacken being the second confirmed date.

The festival’s statement warned against buying tickets from third parties — as scalper bots have been known to target high profile metal events — but organizers offered one last glimmer of hope for desperate fans, as some remaining tickets are available through travel packages offered by official festival partners here.

Wacken 2020 takes place July 30th through August 1st. In addition to the initial lineup, organizers also revealed that next year’s event will feature a Mayan and Aztec theme that will permeate the entire festival. 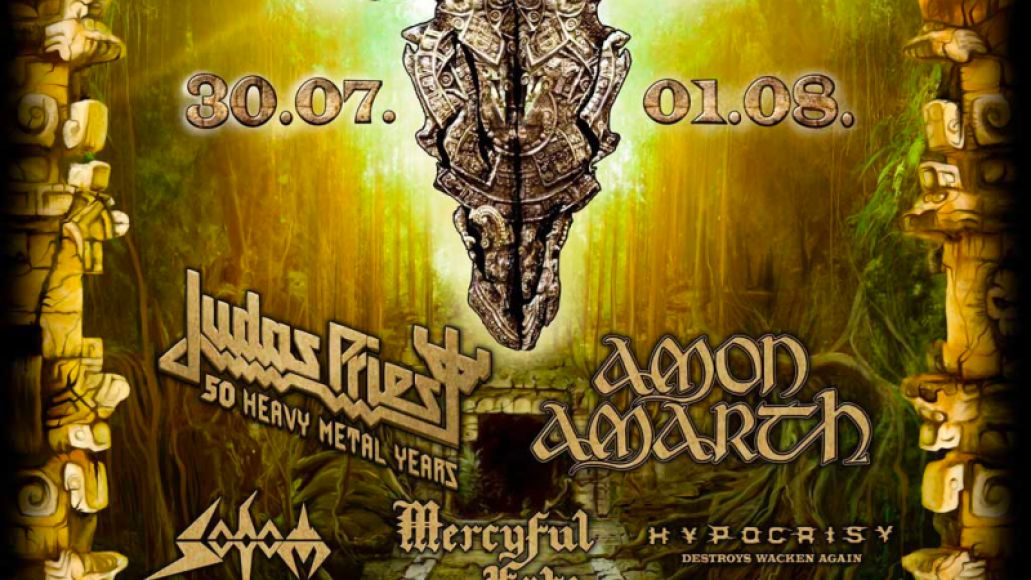