Ever since the Counting Crows formed nearly 20 years ago, frontman Adam Duritz has proudly sported a lush head of dreads. Despite previously admitting his hairstyle was made up of extensions, the bushy locks have been his signature look, his thing, for as long as any fan can remember. But now marks a new era for Counting Crows loyalists: Duritz’s dreads are no more.

After a jamming set at Outside Lands in San Francisco last week, Duritz hopped a plane across the pond where he officially bid adieu to the ‘do. “I flew to London and shaved my head!” the 55-year-old singer wrote on Instagram. “Anarchy In The UK indeed motherfuckers!!!”

(Read: Counting Crows’ Adam Duritz Celebrates 25 Years of August and Everything After)

As seen in the above photo, underneath all of those locks, Duritz 2.0 has a lovely round head just like everyone else. Perhaps now it’s time to update his Tinder profile pic?

Over the past few years, we’ve seen Arctic Monkeys’ Alex Turner try out a new hairstyle. Coheed and Cambria’s Claudio Sanchez almost did, but alas, it was all just an elaborate prank.

Adam Duritz shaved his head. I am legit shook. pic.twitter.com/VvIV7f6DIL 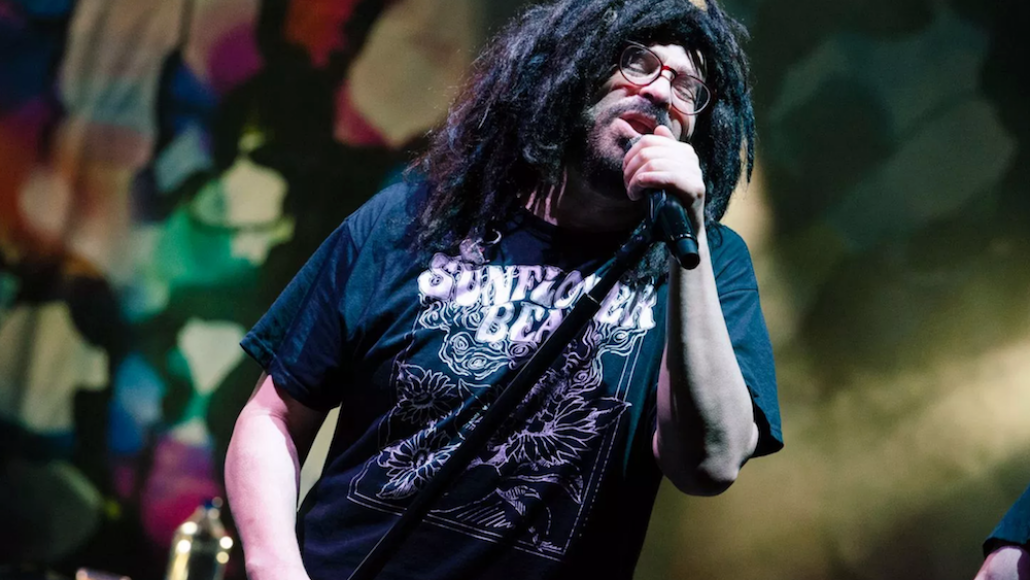 Adam Duritz before his haircut, photo by Ben Kaye