Battles have announced a new album called Juice B Crypts. It comes out October 18th via Warp. In celebration of the announcement, they’ve shared its lead single, “Titanium 2 Step”, which features Sal Principato of NYC dance punk band Liquid Liquid.

Juice B Crypts is the fourth full-length album from Battles. While it technically picks up where 2015’s La Di Da Di left off, it sounds more like 2011’s Gloss Drop given it’s stacked with guest vocalists: Jon Anderson of Yes, tUnE-yArDs, Shabazz Palaces, Xenia Rubinos, and more. The art rock album sees its primary members — guitarist, keyboardist, and electronics player Ian Williams and drummer John Stanier — try to reinvent the wheel last minute. Sounds like it will be as frantic as their lauded 2007 debut, Mirrored.

“Titanium 2 Step” is funky, reckless rock song that flails wildly in unexpected ways. Above rubbery bass tones and frenetic drumming is Sal Principato, gasping and yelling with urgency. It’s a hell of a return track, and one that sounds like a follow-up to “Ice Cream” from Gloss Drop more than anything else.

The single arrives with an accompanying music video, too. Directed and created by Masanobu Hiraoka, the clip sees a rainbow-colored collection of lines and shapes build across the screen, creating the illusion of 3D towars and various graphic designs. It almost looks like those vintage patterns from bus seats gone haywire. That, and a mash-up of the album artwork. Watch it below to see what we mean.

With a who’s-who of collaborators like the ones Battles scored, it’s only logical to wonder what the entirety of Juice B Crypts will sound like. Williams summed it up best in a press release: “It’s about chord progressions, resolutions, returning home. Take that and throw it into a blender of modern electronic tools like glitching devices, or use melodic lines and take them and regurgitate them and pulverize the traditional stuff but at the same time try and retain harmonic relationships while completely smashing them up.”

Pre-orders are already available. In the meantime, check out the album’s artwork and tracklist below. 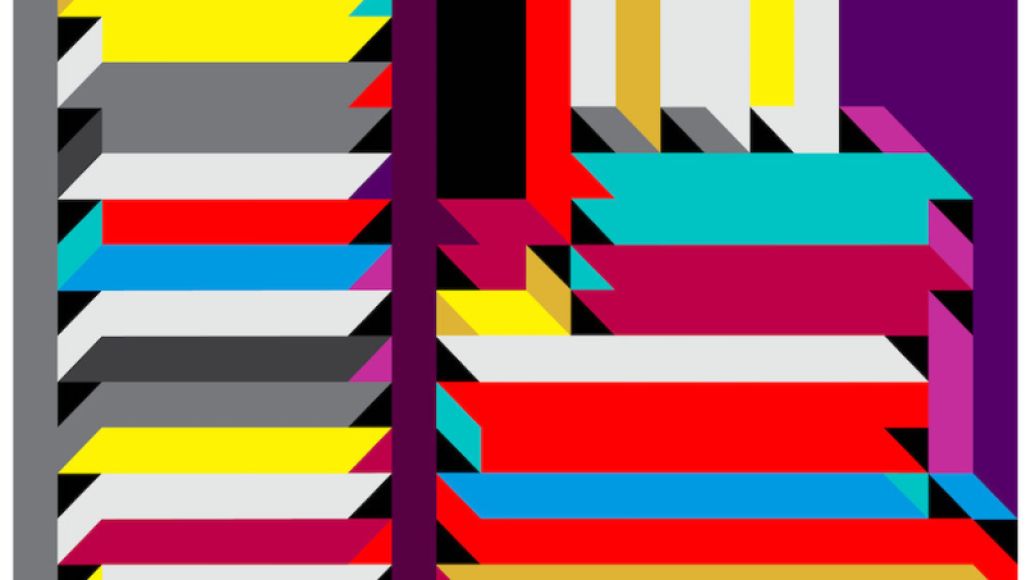 It looks like Battles will be briefly hitting the road after Juice B Crypts comes out, too. The upcoming tour includes stops in Paris, London, Brooklyn, Chicago, Boston, Los Angeles, Seattle, and Toronto. For a band that announced only a handful of dates, at least they’re making sure to hit up most of the major cities. Find their full list of tour dates below. Get tickets here.