Beastie Boys have announced a series of limited-edition colored vinyl reissues to mark the respective anniversaries of three past studio albums.

In celebration of its 30th anniversary, the trio’s second album, Paul’s Boutique, will be repressed on standard black vinyl as well as a limited-edition violet colored vinyl.

The group’s fourth album, Ill Communication, is getting a limited-edition silver-metallic colored vinyl reissue in commemoration of its 25th anniversary. Additionally, there will be multiple limited-edition vinyl pressings of their corresponding Root Down EP, available as orange, red, blue and green, that will be randomly distributed with Ill Communication and sold separately.

Finally, Beastie Boys will mark the 15th anniversary of To The 5 Boroughs with a limited-edition blue pressing vinyl.

All of these vinyls will be available starting October 4th, and pre-orders are now ongoing through Beastie Boys’ website.

Last month, Beastie Boys released 21 Paul’s Boutique rarities on digital platforms for the first time, which followed a similar unvaulting of 12 To the 5 Boroughs outtakes from the month prior. 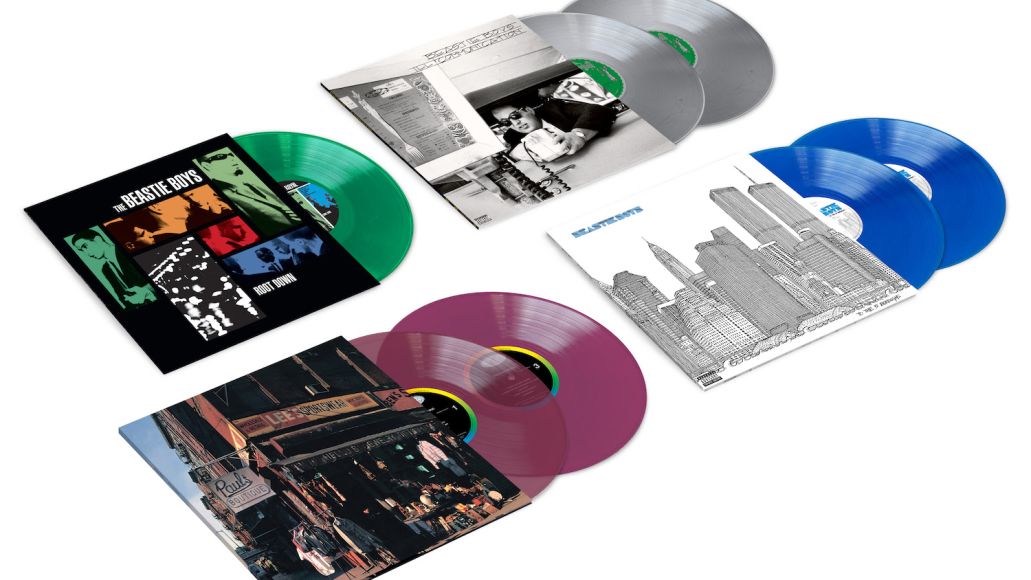