Bon Iver held listening parties for their new album, i,i, at venues across the globe on Wednesday night. Today, Justin Vernon’s band has brought that experience online, dropping one song off the effort every hour for eight straight hours.

Ever a fan of numerical significance, Vernon took the opportunity of August 8th (that is, 08/08) to share the eight new tracks “territory-by-territory.” Placed alongside previously revealed songs “Faith”, “Jelmore”, “Hey, Ma”, and “U (Man Like)”, that means we’ve now been gifted the entirety of i,i save for 31-second intro “Yi”. We’ll get that when the record is given a formal digital release at midnight tonight (August 9th) via Jajaguwar. Update: The album is now streaming in full below. Physical copies are due out August 30th.

Over on Twitter, Bon Iver also revealed who collaborated on each of the guest-heavy tracks. Producers like Buddy Ross, Wheezy, and BJ Burton are credited across the collection, many contributing instruments as well. Chris Messina, Brad Cook, and Vernon are given primary producer credits. Meanwhile, Vernon’s past collaborators from Minnesota TU Dance also get multiple nods. Here’s a partial list of who else shows up:

— “Faith” brings back Dessner and the BYC, along with Wasner and Staveley-Taylor.

— We already knew that “U (Man Like)” includes contributions from Bruce Hornsby, Moses Sumney, and Bryce Dessner, and Phil Cook and Wasner also appear.

Listen to i,i via Spotify, Apple Music, or YouTube below.

i,i follows Bon Iver’s last album, 2016’s 22, A Million. It was recorded at Sonic Ranch in West Texas and April Base in Wisconsin. Pre-orders for physical copies are going on now.

In support of the new LP, Vernon and co. will tour throughout late summer and fall alongside Sharon Van Etten, Feist, Yo La Tengo, and Indigo Girls. Get tickets to all their upcoming dates here. 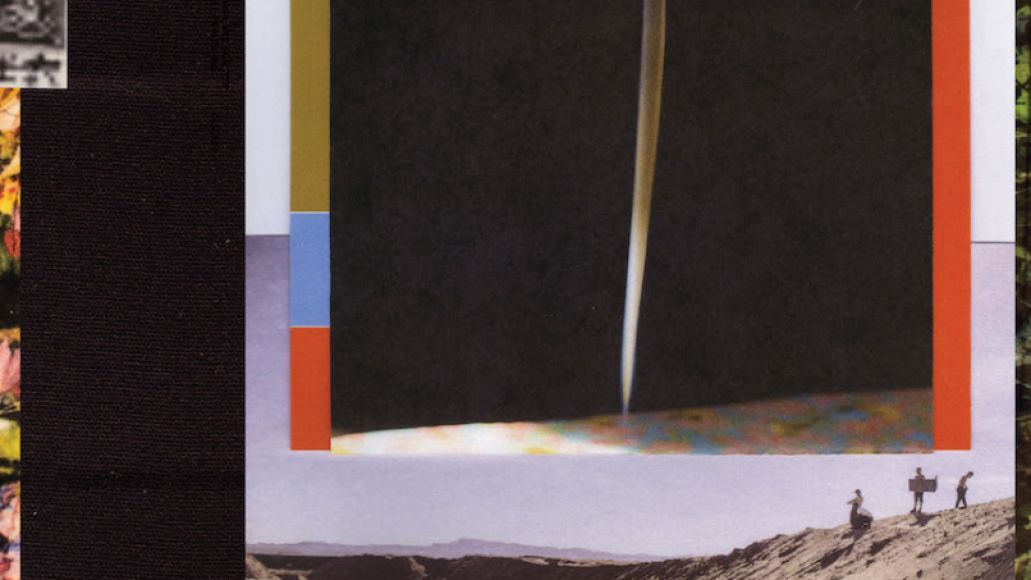