clipping. have announced a new album called There Existed an Addition to Blood. To celebrate the news, the hip-hop act shared the album’s lead single, “Nothing Is Safe”, as well as an accompanying lyric video.

There Existed an Addiction to Blood is due out October 18th via Sub Pop. It’s the fourth album from Daveed Diggs and company. The album will span 15 tracks and features contributions from Ed Balloon, Sarah Bernat, La Chat, and more. According to a press release, this album is clipping.’s “transmutation of horrorcore”, the absurdist mid-90s sub-genre, and could be compared to the 1973 cult classic blaxploitation film Ganja & Hess. It goes on to raise the stakes, saying, “There Existed an Addiction to Blood absorbs the hyper-violent horror tropes of the Murder Dog era, but re-imagines them in a new light: still darkly-tinted and somber, but in a weirder and more vivid hue.”

These themes are easy to hear in “Nothing Is Safe”. The lead single takes the lo-fi creepiness of an ’80s horror film and turns it into an absolute banger. Be patient, though. The song takes a bit to get started, following a single high-pitched piano note and some subtle synth chords in the background. Diggs raps over the beat with his usual speedy flow. In time, though, everything lines up into a big explosion.

Fittingly, the song comes with a Halloween-themed lyric video, complete with a paper bag light with a pumpkin face cut out of it. Note the font choice, too. Watch it below.

Pre-orders for There Existed an Addiction to Blood are currently ongoing. A limited edition “blood-splattered” clear vinyl is available but will definitely go fast, so grab one while you can if you’re a superfan or vinyl collector.

As of right now, the only schedule performance for Clipping is at Adult Swim Festival 2019, which takes place in Los Angeles on November 15th and 16th. Given the album will be out by then, it’s safe to assume new material will be performed there. That means its time to study up. Check out the album artwork and full tracklist below.

There Existed an Addiction to Blood Artwork: 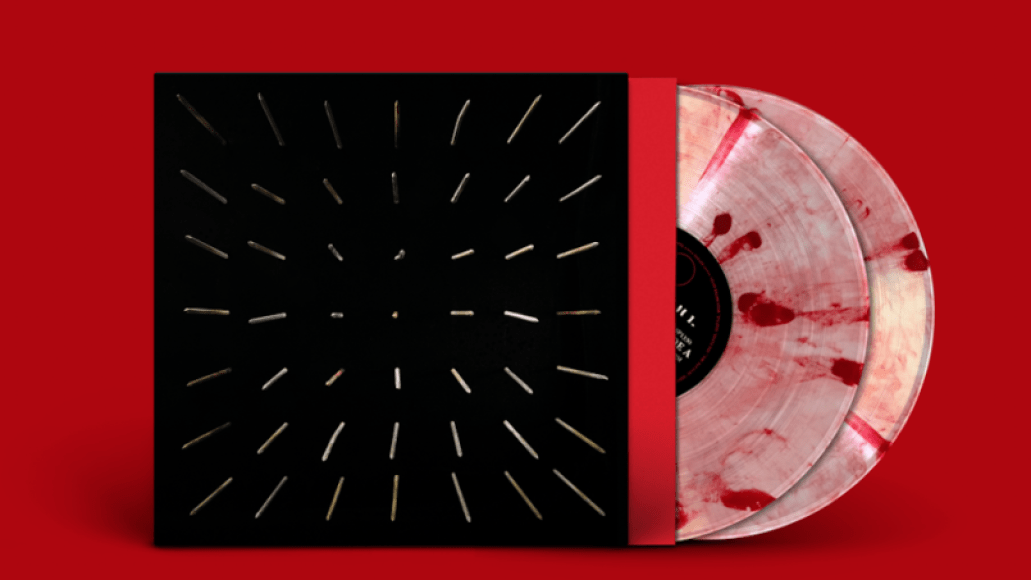 clipping. announce new album There Existed an Addiction to Blood, share "Nothing Is Safe": Stream