Back in the spring, David Hasselhoff revealed he was working on a new album that would feature the veteran actor offering unique covers of classic songs. Now, he’s revealed the album’s release date as well as its full tracklist, and it’s quite an eclectic mix of tunes and talent.

Hasselhoff’s new album is titled Open Your Eyes, and arrives on September 27th. Among the songs are previously announced renditions of Echo & The Bunnymen’s “Lips Like Sugar” (featuring the The Cars’ Elliot Easton) and The Jesus and Mary Chain’s “Head On” (featuring A Flock of Seagulls).

Perhaps the oddest pairing is a cover of the Neil Diamond classic “Sweet Caroline” featuring Ministry. More specifically, it was Ministry frontman Al Jourgenson and DJ Swamp, who was a member of the industrial band at the time of the recording. Jourgensen told Billboard, “It was the most surreal project I’ve ever been involved with. I didn’t even have to take acid, and I felt like I was trippin’ balls.”

He continued, “David Hasselhoff has a new album coming out … and for whatever reason … he decided I would be the perfect person to mix this. So it’s like, ‘I’m game! I’ll take the challenge. This could be cool,’ and sure enough, man, as soon as I heard it, I felt like I was on some of Timothy Leary’s best MDMA I’ve ever been on!”

The surreality doesn’t end there. Among the other tracks are a cover of ’80s goth-rock supergroup The Lords of the New Church’s “Open Your Eyes” with Stooges legend James Williamson; Modern English’s “I Melt With You” featuring Billy Idol guitarist Steve Stevens; David Bowie’s “Heroes” with Marilyn Manson collaborator Tyler Bates; and Whitesnake’s “Here I Go Again” featuring L.A. Guns guitarist Tracii Guns. See the full tracklist below.

Hasselhoff, known more in the States as star of Baywatch and Knight Rider, is a successful recording artist in Germany, and the album is being released in honor of a momentous occasion for the country.

“Platinum selling recording artist and star of the sand and screen, David Hasselhoff, celebrates a truly historical moment with this monumental new studio album,” reads a press release. “Marking the 30th anniversary of the fall of the Berlin Wall and the reunification of Germany, Hasselhoff bridges several musical cultures including the UK, Germany, and the US!”

In support of the album — which can be pre-ordered via Bandcamp or Amazon — Hasselhoff will be touring Germany, Austria, and Switzerland this fall. See the dates here, and pick up tickets here. 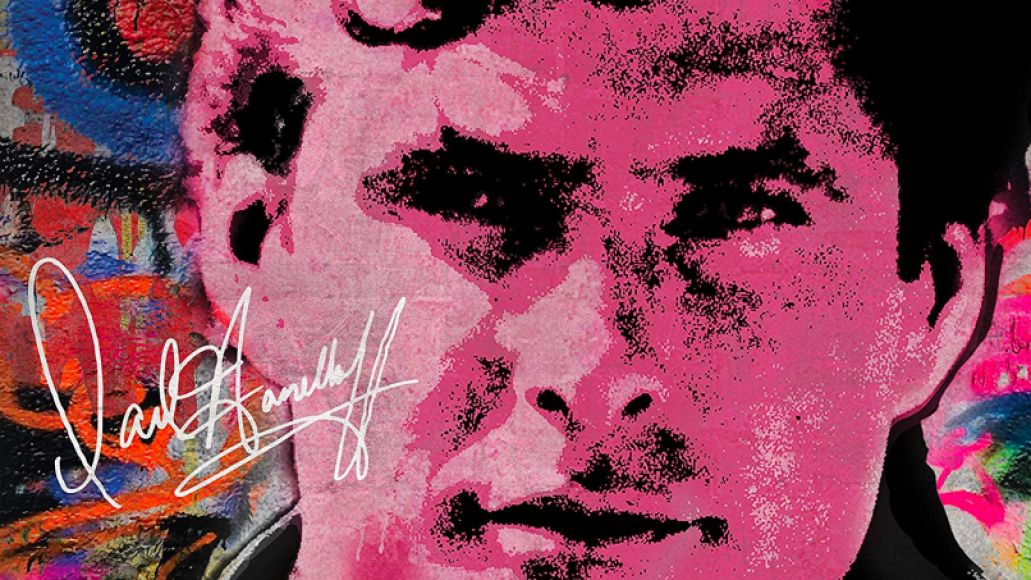