The Pitch: Rocko’s Modern Life was a gem of ‘90s Nickelodeon. If you recall, the cartoon followed the titular wallaby and his friends through a variety of wacky experiences. It was popular then, and it’s even more popular now. Walk into any Hot Topic, and you can find countless merch that caters to the ensuing nostalgia the show warrants. Strangely enough, that fandom isn’t lost on creator Joe Murray, who has a little fun with that nostalgia in his new Rocko movie for Netflix, Static Cling.

The film picks up with Rocko’s house having been launched into outer space. For the past 20 years, he, Heffer, Filbert, and his dog, Spunky, have all been lounging around, with Rocko finding comfort in a tape recording of his favorite show, The Fatheads. When they finally find a remote that sends them back to Earth, they discover a different world. It’s here that Murray has fun biting his thumb at our modern habits while also contending with our obsession with nostalgia and fear of change.

(Read: ’90s Nickelodeon Taught Us the Value in Absurdity)

The Power of Absurd Comedy and Nostalgia: Static Cling reunites everyone that made the original series so unique. Murray co-directed the film alongside Cosmo Serguson. He also co-wrote the script alongside Mr. Lawrence and Martin Olson. Carlos Alazraqui and Mr. Lawrence also returned behind the mic as Rocko/Spunky and Filbert, respectively, as did Tom Kenny as Heffer. Elsewhere, other classic characters pop up, such as Ed and Bev Bighead, Really Really Big Man, and the list goes on. Even the film’s animation feels very ‘90s: the color palette, tones, and design work all recall the style that was first present in the original cartoon.

But looks can’t be everything, and bringing back a classic work also means tapping into what made it so special. Thankfully, Static Cling excels when it comes to presenting the viewer with loads of humor. From beginning to end, the reunion keeps up a consistent pace of absurd comedy. (Not even five minutes into the film and you have Really Really Big Man talking about his nipples of the future.) Granted, a few attempts to poke fun at modern times feel a little overplayed, but Static Cling all too often finds ways to ramp up the laughs. Even cheap potshots about selfie culture manage to find a level of necessary absurdity. 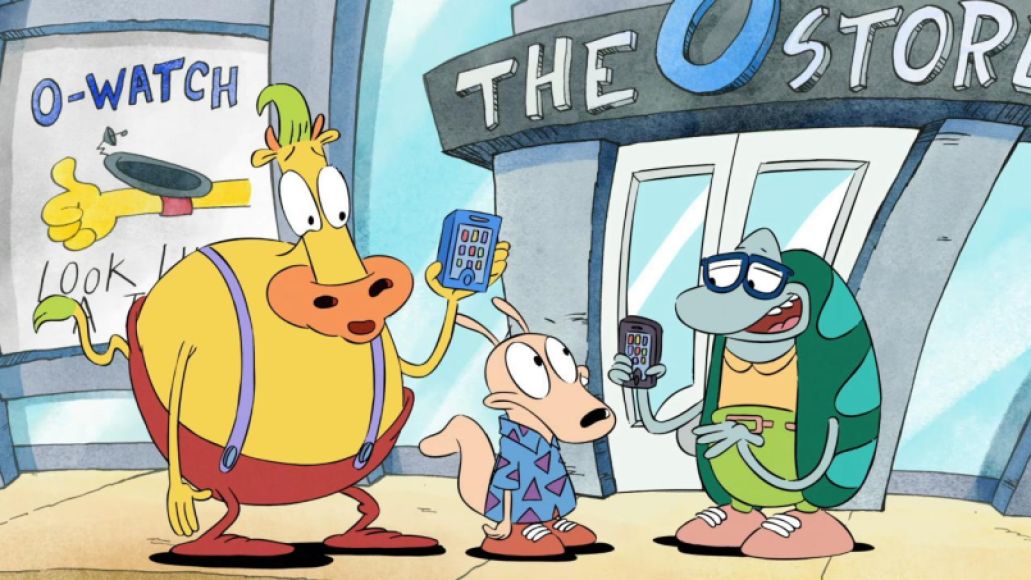 And that absurdity feels genuine. In fact, what’s ultimately intriguing about Static Cling is its ability to find a middle ground for both older and younger viewers alike. In other words, while the film will surely appeal to those who grew up with the cartoon, it will also undoubtedly appeal to those who ate their cereal watching Adventure Time and Gravity Falls. Besides, mainstream audiences in 2019 admittedly have a much better understanding of absurd characterization and narratives than ever before — see: the rise of Adult Swim — and Static Cling capitalizes on that fact and leans on that brand of humor to open new doors and explore intriguing territory.

Much of that territory involves studying today’s pop culture climate by leaning on its go-to medium: meta humor. Through fourth-wall breaking and witty jokes, Static Cling makes for a clever meta reflection, and its jokes all-too-often offer truths about today’s media culture. Case in point: Watching the boss of Ed’s company choose freelancers over the creator of The Fatheads to save money makes for a truly sobering moment (particularly for anyone writing or trying to make a living in entertainment today). 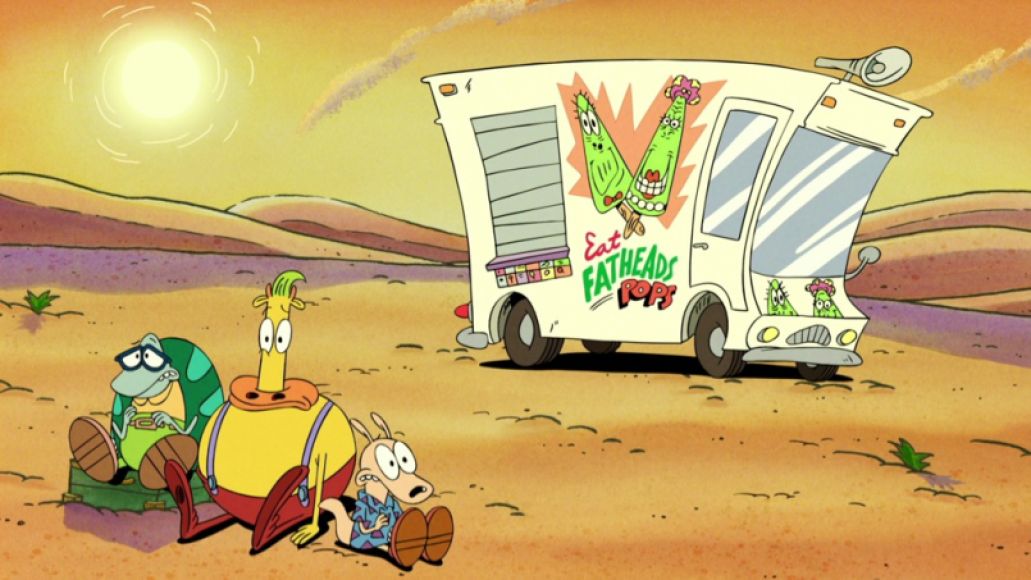 Change Is in the Wind: While not a huge spoiler, at least if you’ve seen any recent headlines, but Static Cling features a new transgender character who’s none other than Ed’s estranged child, Rachel. In the film, it’s been a long time since the two have seen each other, and for the sake of avoiding specific spoilers, let’s just say that Ed isn’t as open minded as we would hope he would be. Rachel’s inclusion in Static Cling is great for progressive representation and overall adds to the film’s commentary that our times are changing.

The Verdict: In 2019, it may be fair to say that fourth-wall breaks and self-awareness may not feel as fresh as they once used to be. That’s why it’s so refreshing to see how Rocko’s Modern Life: Static Cling pulls off all its components so well. From its fantastic blend of wild humor to the topical themes explored, the film is as fun as it is clever. Here’s to the future.

Where’s It Playing? You can dive right into the hilarity right now on Netflix.