The Pitch: John Travolta is Moose. He’s a street performer in La La Land. He’s also a manic obsessive without a support system. (To be exact, the film never puts a diagnosis on his behavior, but he’s clearly unstable.) During the day, he puts on a cockney accent, a constable costume, and a twirled moustache to panhandle for cents on the Sunset Strip. At night, he labors over favorite movies, stars, and other Los Angeles flotsam. His best friends are a memorabilia dealer and a paparazzi photographer. At best, Moose is a reasonably likable oaf; at worst, he’s an autism spectrum stereotype played up for discomfort and poor thriller conceits.

The Fanatic tracks Moose’s mental collapse into violence. What begins as awkward fawning over a B-movie actor devolves quickly into a home invasion thriller. Eventually, Moose ties up Hunter Dunbar (Devon Sawa) in his Hollywood home, or rather, “Hollywood” faked with the interior of a house in Alabama. All so that Moose can be seen and loved by the movies. And yes, his name really is Moose. Well, it’s unclear what his real name is, okay? Look, I didn’t write this, Fred Durst and David Bekerman did. Yes, that Fred Durst. Why would there be dialogue in the movie about Limp Bizkit if it wasn’t him?

When the Fan Hits the Shits: To watch The Fanatic is to satiate morbid curiosities. What have John Travolta and Fred Durst cooked up, and whose idea was it to glue a home-made mullet atop Travolta’s famous mug?

To his credit, the Hollywood icon still can rise above the material (albeit occasionally), injecting traces of humanity into a thorny character. The issue here is that The Fanatic is not scary, it’s not shocking, and not even really saying all that much. It’s just a veering in to the unseemly. Fast and forgettable, too. Fortunately for him, Travolta has been living in a VOD valley for quite some time now, so this probably won’t be “the one” to sink ol’ Vinny Barbarino. 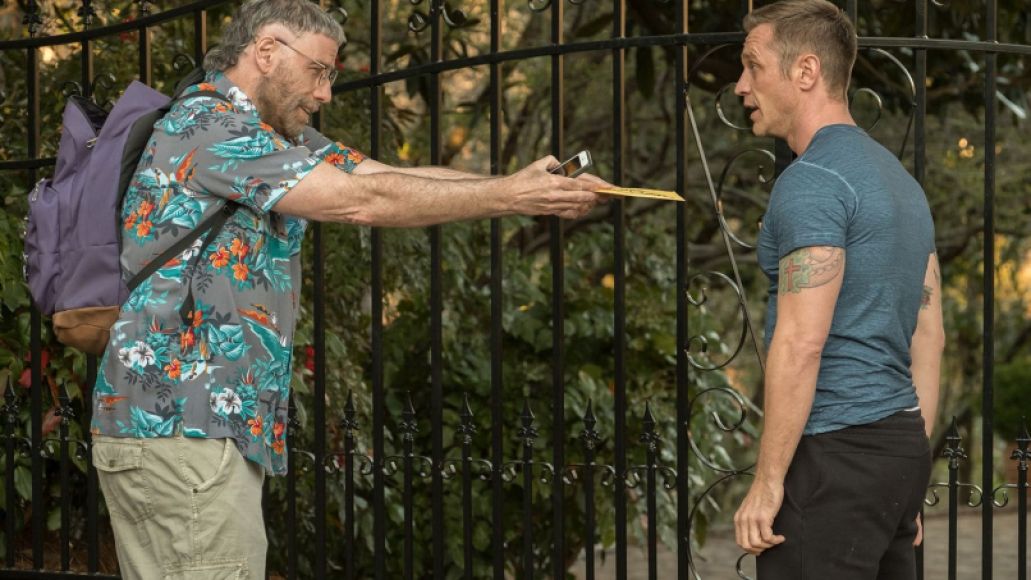 Looking back, the angry loner genre has its hits (Taxi Driver, The Searchers) and its cruel misses (The Fan). The Fanatic fits right in with the latter, as it has little to say beyond “this guy is sad” or “Hollywood sure is shitty, huh?” In Durst’s capable but unambitious hands, the feverish horror of star fandom almost seems passé. The play here is “staid thriller”, with occasional breaks for dabbling in the gonzo, even as chances to get even weirder are left alone.

Moose simply worships at the altar of B movies. He daydreams about times spent watching Night of the Living Dead as a kid, and he can sling film trivia better than a Jeopardy big-timer. But that same sense of obsession has distorted his reality. He’s a character worthy of depiction, a walking discussion of the unreality lurking in the back of those who build their lives around nostalgia. But when the already slim screenplay relies on a narrator to say things like, “I suppose when you find the cookie jar, it’s hard not to come back for more,” the general reaction is confusion.

Staying Alive: Look, Travolta’s a survivor. If he could walk away from Battlefield Earth, The Fanatic certainly won’t be the proverbial nail. He’s nothing if not earnest, bending over backwards to make something out of an off-putting caricature. And in The Fanatic’s better moments, the actor evokes pity and even sympathy for Moose. Yes, the requisite Travis Bickle-isms are a crutch; Moose wobbles back and forth in front of a mirror, practicing lines for Hunter, begging himself to be cool and likable, viewing the world in black-and-white terms. But on a deeper level, Travolta gives away a decent performance about a man left without any kind of support system. Again, his only friends are street performers, bartenders, bilkers high and low. If only his photographer friend Lea (Ana Golja) would encourage Moose to forge his own path. Instead, she gives him an app that pinpoints celebrity houses, trusting he won’t do anything unhinged.

Eh, back on point. The veteran star damn near breaks himself, with a stilted demeanor and misunderstood qualities. Travolta screaming that Hollywood is a sacred place to more grotesque performers is both believable and scary, especially when the film reveals the menace beneath his pain. But alas, a good actor needs motivation, exploration, and lines that don’t make the audience wince. Moose orders strawberry shakes to signify his innocence. He speaks with a mannered childishness, to clue you into his neurodivergence. And those cues are effective enough, but one keeps asking: “What else? Is there more?” But that’s it. There is no more here. When Moose slides, it’s predictable. When he begins to lose a grip and act violently, it’s less a rattling demonetization, and just kind of an unpleasant bummer. Hands get shot off, people are stabbed, and it’s eerily … tame. 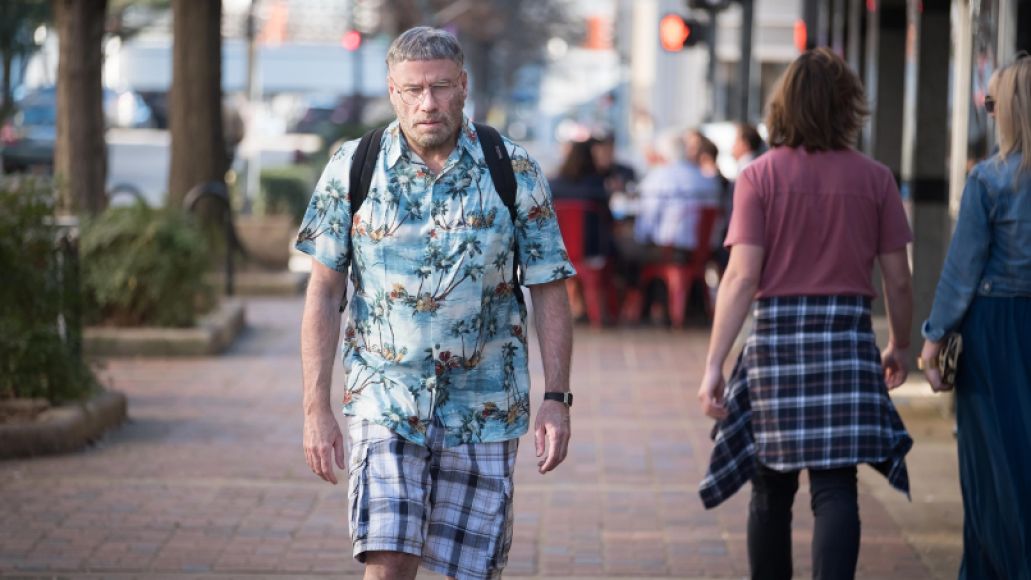 The Verdict:The Fanatic fancies itself a plaint on the wooing powers of Hollywood bedlam, and its ability to attract a certain kind of naïve individual. It’s a credit to Travolta’s gamesmanship and goodwill that Moose is a sad character. But a good actor can’t make up for a lot of empty-headed ideas and lukewarm intrigue. Like the Hollywood it tries to lampoon, in its way, The Fanatic comes across as shallow. It is, as they say in the biz, a flop.

Where’s It Playing?: Opens this Friday, August 30th. The distributor is new, so finding this might be a struggle. Only Travolta die-hards need apply, anyway.