The Pitch: Devoted daughter and student Estrella (Paola Lara) has her world shattered when her mother (Viviana Amaya) disappears. She’s left alone in her home in the small Mexican town where she grew up with no food and nothing to do. School is closed after a shooting outside the classroom window nearly claimed the lives of the students.

Eventually, she takes to the streets and hooks up with Shine (Juan Ramon López), the leader of a group of homeless children whose families have also been torn apart by the cartels wars on each other, the police, and innocent bystanders. Here it becomes clearer that something grave and terrible befell Estrella’s mother, and that a local gangster named Caco (Ianis Guerrero) holds the key. To make matters more dire, the ghosts of Caco and other dealer’s victims have started haunting the children, demanding a path to vengeance for their fates. 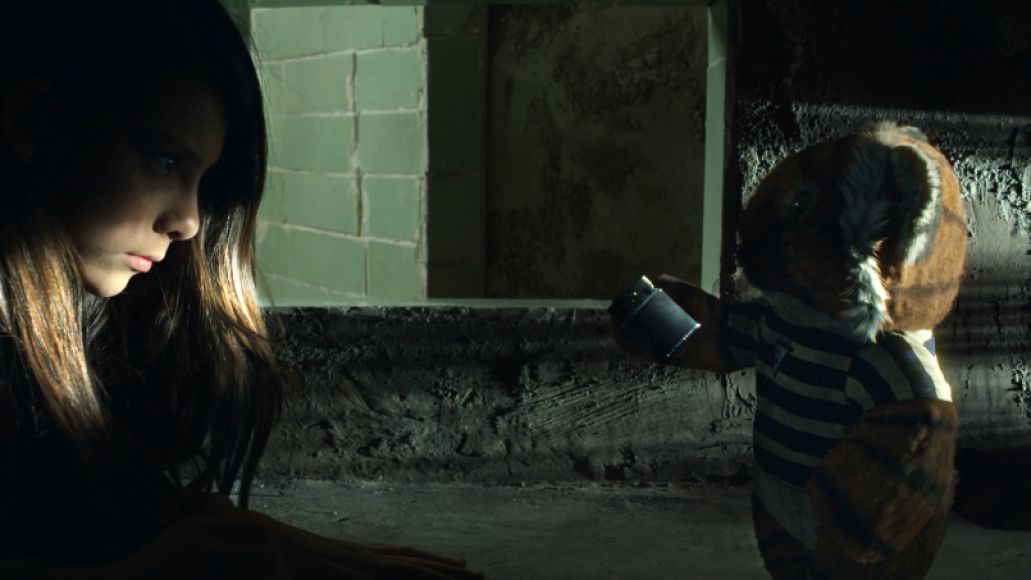 Dread Hand and Dread Feet: Writer and director Issa López is a big name in Mexico and her films have grossed millions back there. Tigers Are Not Afraid or Vuelven is the first brush most American audiences will have with her, and she’s shrewdly chosen a subject many of us won’t need hand holding to understand. The drug war is the primary lens through which Mexico is viewed in pop culture (though the nightmarish immigration crisis has lately surpassed it), and her decision to give it a spunky, adorable, sad, human face is both smart and heartbreaking.

Estrella makes for a captivating hero, easy to root for, easy to cry for, and watching her inch towards understanding the creeping shadows of plastic-wrapped ghosts that stalk her waking nightmares is a profound and winningly macabre experience. The film has garnered comparisons to the work of Guillermo Del Toro, who must have also seen the resemblance because he’s been helping Lopez promote the film all around North America. 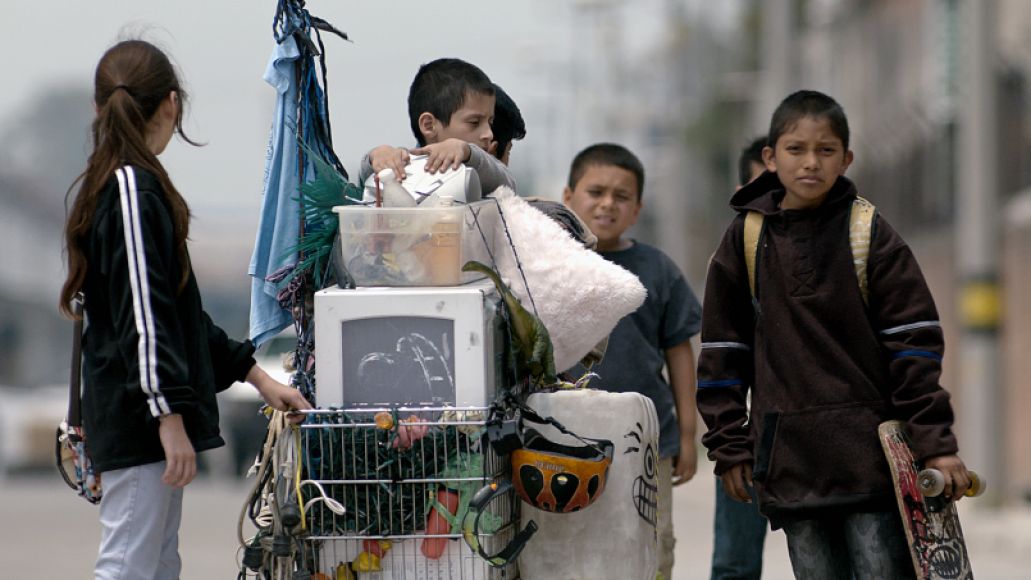 Burning Bright: Lopez announces herself as an absurd talent almost instantly. From the opening school lesson about fairy tales and fateful wishes, it’s clear she’s a writer with panache and she’s got a deeply dark vision. Her steadicam shots of dead streets and garbage hovels have a bleak poetry, broken up by intrusions of the sublime. To underline her talk of fairy tales and the very real ghosts by which Estrella is dogged, there are pieces of living graffiti that break free from walls, animate blood from freshly dead bystanders following her home from school, and tiny dragons that fly like departed souls from snuff films.

The film speaks the language of fairy tales in as many ways as it can without losing the very tragic stakes it establishes. Estrella welcomes the supernatural by the end because the real world is too dispiriting to take straight. Lopez’s work with her effects team is superb, creating the uncanny elements of her heroine’s journey that fit the color-drained world of the homeless children like a glove. These are very much the kinds of thing you can imagine a child with an imagination like Estrella’s dreaming up. 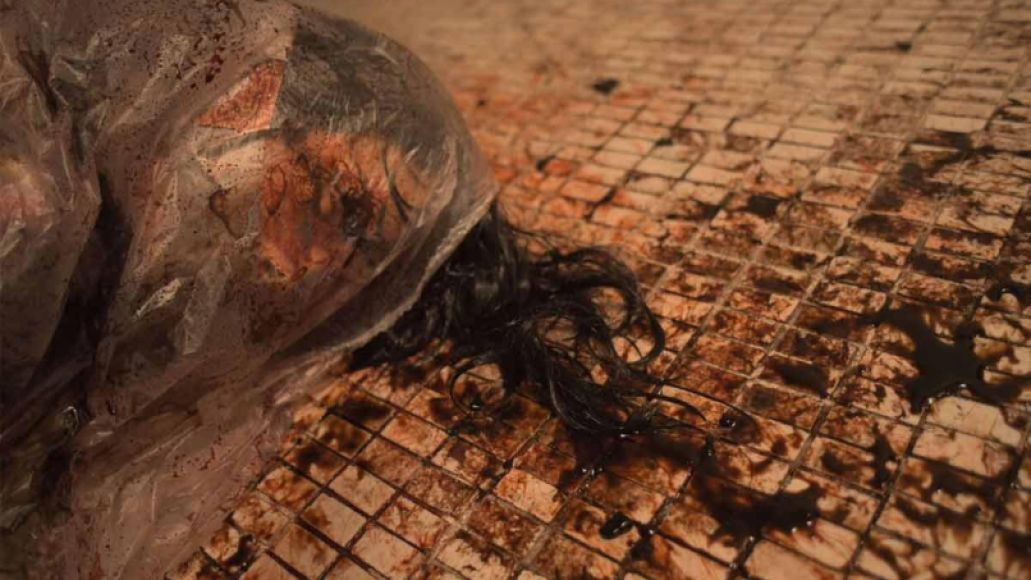 This Kingdom of Broken Things: The film is unsparing in its darkness, as it must be to remind white audiences what’s plaguing the people upon whom we’re too frequently content to cast aspersions. Going back as far as Traffic, up through more modern work like the Sicario films or the upcoming Rambo: Last Blood, the foot soldiers of Mexico’s drug war have become like the faceless Stormtroopers in Star Wars movies. Lopez gives them and their victims their faces back. The shorthand of American blockbusters has real casualties and Tigers Are Not Afraid is unafraid of showing us the buried many.

The film, thusly, doesn’t skimp on hideous violence against the young children who take center stage when Estrella takes to the street. Caco knows they have something of his and he won’t stop until he retrieves it. It’s easy to compare the film to Del Toro’s The Devil’s Backbone, which similarly featured a gang of orphaned street kids, victims of a state sanctioned war of a different kind, but Lopez’s film also harks back to works like Carlos Saura’s Los Golfos and Luis Bunuel’s Los Olvidados. The dispossessed gang of Spanish-speaking youths is a time-honored tradition and Lopez’s entry is a worthy successor, not least because of its fearlessness before death and depravity. If we don’t suffer with them, how will we know their pain? 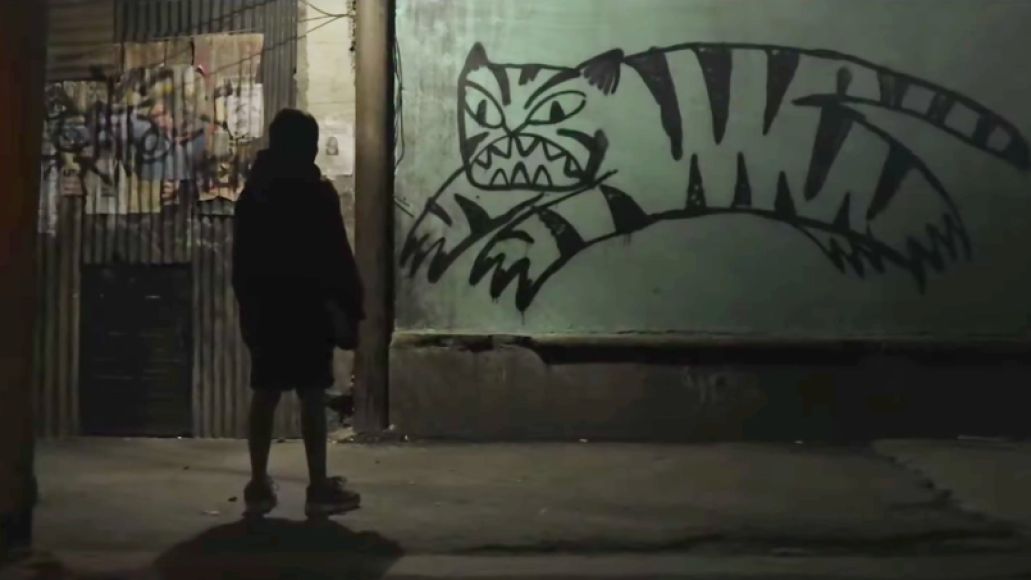 The Verdict: Lopez’s success has thus far been relegated to her home country, but there’s almost no way her third directorial effort won’t catapult her to international success. The film is replete with unforgettable images, stellar performances all up and down the cast, and genuinely original and thoughtful revisions of expected tropes. A true sense of empathy is a requirement for a ghost story to take hold and last in the cultural memory, but it’s an understatement to say not everyone who enters this territory knows how to both scare and compel. Lopez’s world of scarred children is guided by a palpable sense of loss and dread. You’ll remember how the film made you feel as strongly as you recall ghastly appendages wrapped in crude body bags or spray paintings coming to life.

Where’s It Playing? These tigers will have a limited release before roaring on Shudder.

Film Review: Tigers Are Not Afraid Is a Furious Elegy to the Ghosts of the Mexican Drug War