Is The Abyss a Cold War-era disaster movie or a claustrophobic thriller? A sci-fi horror flick or a love story between two people who come together under literal and metaphorical pressure? The answer is: James Cameron’s 1989 epic is all of these things. The film was a technical marvel, but a logistical nightmare to shoot due to its underwater setting, which caused production delays, skyrocketing financial costs, and numerous cast and crew complaints. Yet for all the difficulties and delays in its making, The Abyss is a wholly engrossing, moving film. It’s a testament to Cameron’s primary strengths as a filmmaker: telling humanistic, emotional stories amidst fantastical settings with a kind of technical, special effects bravura. The Abyss is also perhaps the film that both changed and predicted the future of Cameron’s career for better and worse.

All of James Cameron’s movies are, in some way, about the idea of man vs. machine. Sometimes — as is the case with Aliens, The Abyss, Titanic, and Avatar — that becomes man vs. machine vs. nature. But ultimately, Cameron is mainly preoccupied with how humanity interacts with technology, which makes sense for a guy who was the son of an engineer and a painter. As a director, he always seems to be reconciling his artistic ambitions with his technical ones, figuring out new ways of fusing the two together to make bigger, more immersive worlds come to life. If art is a reflection of the artist themselves, then James Cameron is the very embodiment of the man vs. machine theme of his films. He’s been hellbent on pushing the boundaries of technology for the advancement of art throughout his entire career. 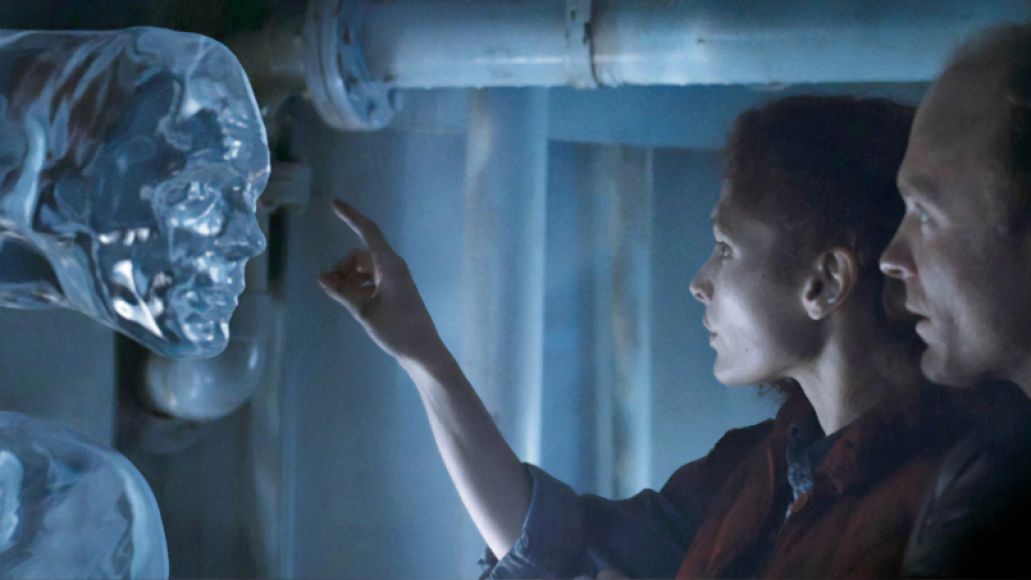 The Abyss certainly pushed all sorts of boundaries. After the success of 1984’s The Terminator and 1986’s Aliens, Cameron got the green light for the deeply personal film, which he hoped would do for underwater filmmaking what 2001: A Space Odyssey did for movies about space. But as Steven Spielberg learned shooting Jaws some 15 years prior, filming anything in, on, or under a body of water is incredibly difficult, and Cameron and his crew planned to shoot reel-to-reel on a film that takes place almost entirely under the sea. Plus, there were alien creatures requiring CGI technology that wouldn’t be widely used until after Cameron’s next film, Terminator 2: Judgment Day in 1991. There were endless frustrations from weather-related problems with the two shooting tanks to exhausted cast and crew members and pretty much everything in between.

But out of the hurdles posed by Cameron’s ambitious vision came inspiration and innovation. Having started his career as a model-maker for B-movie legend Roger Corman, Cameron has always been a natural problem-solver with a near-obsessive work ethic, which served him well on a shoot as technical and problematic as The Abyss. By using a mix of practical techniques — including models, matte paintings, and optical illusions — plus the underwater footage and CGI, the finished film seamlessly plunges the audience into its mysterious oceanic settings with more than few absolutely breathtaking shots (truly some of the most beautiful images Cameron has put on film). And as a pay-off for one of the most difficult shoots in film history? The 1990 Academy Award for Best Visual Effects.

But for all the sheer visual wonder and gripping action sequences, The Abyss has an earnest love story at its core. Bud (Ed Harris) and Lindsey (Mary-Elizabeth Mastrantonio) have problems — echoing Cameron’s own relationship with then-wife and producer Gale Anne Hurd — but their love for each other makes them fight harder to survive in impossible conditions. It’s a theme Cameron would return to less than a decade later in 1997’s Titanic, which cranks the earnest romanticism all the way up before separating the lovers by a disaster (and a pesky, floating wooden door). While Titanic will likely be remembered as Cameron’s most traditional love story, The Abyss is perhaps his most nuanced and affecting, putting its two leads through the ringer physically and emotionally in ways that almost make surviving the sinking of a luxury steamship seem like a picnic in comparison. Yet the message of both films is that love is the most important thing. Love conquers all.

Naked sentimentality is probably not the first thing that comes to mind when considering James Cameron’s filmography, but pretty much all of his movies wear their hearts on their sleeves at one point or another. While his forte is immersive sci-fi action movies with a militaristic edge, even in his most explosion-heavy cinematic fare, there’s a deep well of emotion. Perhaps some of this is due to Cameron’s fondness for lead female protagonists, which immediately undercuts the overt masculinity of the military themes. And in films like Aliens and 1991’s Terminator 2: Judgment Day, where both Ripley and Sarah Connor are as tough or tougher than their male counterparts, it’s their emotions — something we still define as an inherently female trait — rather than logic that ultimately drives them. Ripley forges a mother-daughter bond with the orphaned Newt, while Sarah’s chief concern has always been protecting her son, John. For as much weight as Cameron gives to the toughness of his characters, there’s a surprising amount of tenderness to be found in the least expected places. 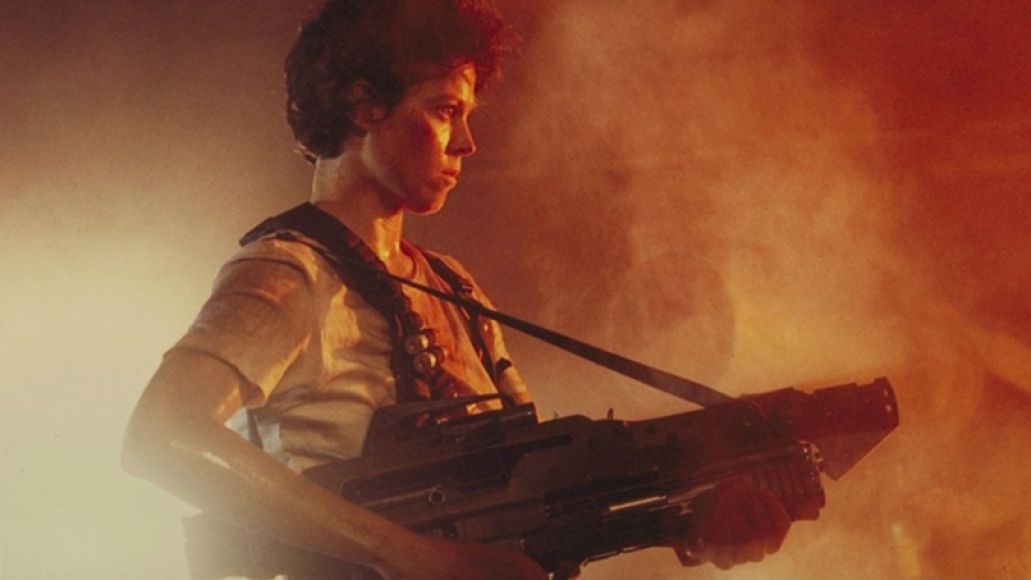 This ability to blend genres and inject genuine emotion into visually-slick worlds is what makes Cameron such an appealing and entertaining director. The Abyss is easily his most ambitious film in this regard, which accounts for its two-and-a-half hour theatrical running time (the special edition director’s cut clocks in at two hours and 51 minutes). It’s his purest attempt at genre hybridization, and something he’s kept attempting to varying degrees of success ever since — though never quite on the same scale. Neither Titanic nor 1994’s True Lies have quite so many genre elements in play, and Terminator 2 is pretty much pure sci-fi. The closest companion in terms of ambition and visual scale is 2009’s Avatar and its as-yet-to-materialize sequels.

Avatar was marketed as an experience — something that had to be seen in a theater because of its groundbreaking, 3D visual effects and design. Cameron hadn’t made a narrative feature since Titanic, devoting the interim 12 years to deep sea exploration and directing underwater documentaries. He had planned to make Avatar in the early ’90s but claimed the available technology wasn’t good enough to bring his ideas to life. (Sound familiar?) To say expectations for the film were high is an understatement. 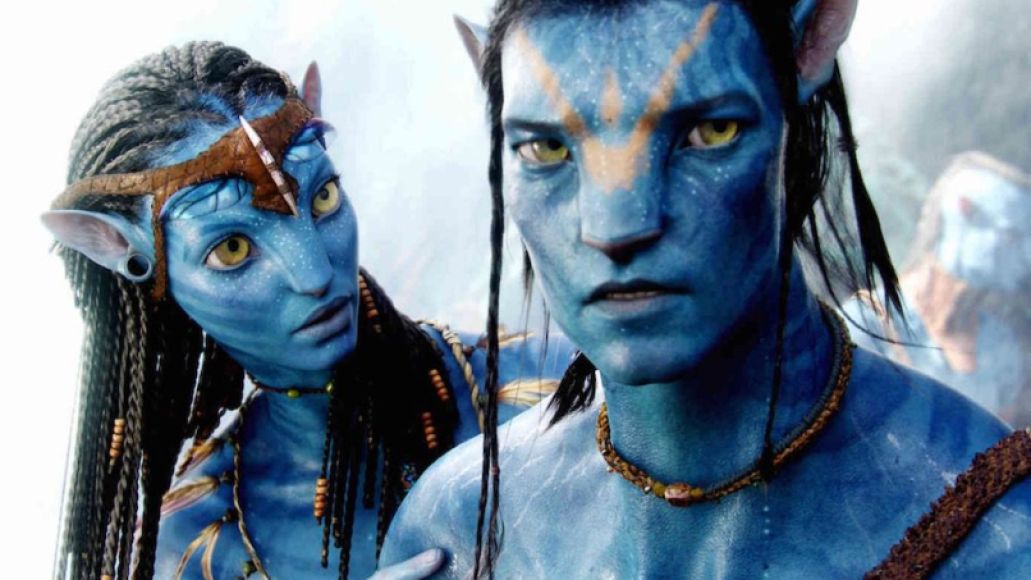 To understand Avatar, look no further than The Abyss. It may not seem immediately obvious, but the pair share the same cinematic DNA. Beyond both going egregiously over-budget, having arduous production histories, and requiring the development of new technology, the two stories share similar elements. Paranoid military figures? Check. First contact with astounding, luminescent alien creatures? Check. Love story between two strong-willed characters? Check. An emphasis on science and humanity over blunt military force? Check. Both also include anti-war, environmental messages — though it’s much stronger/more prevalent in the Special Edition director’s cut of The Abyss rather than the theatrical version.

Yet Avatar — the first one anyway — lacks a certain emotional authenticity so present in The Abyss and Cameron’s other previous work. It’s the first of his films to feel more machine than man. There’s a lot of emotion in it, but it feels manufactured somehow, and it’s not necessarily due to motion-capture technology (as Andy Serkis’ superb work especially in the Planet of the Apes prequel trilogy proves). It is stunning to look at, and like all of Cameron’s films, sweeps you up into its epic story, but something’s missing. Could it be that in trying to design and build his most visually-arresting onscreen world since The Abyss that the man finally succumbed to machine? 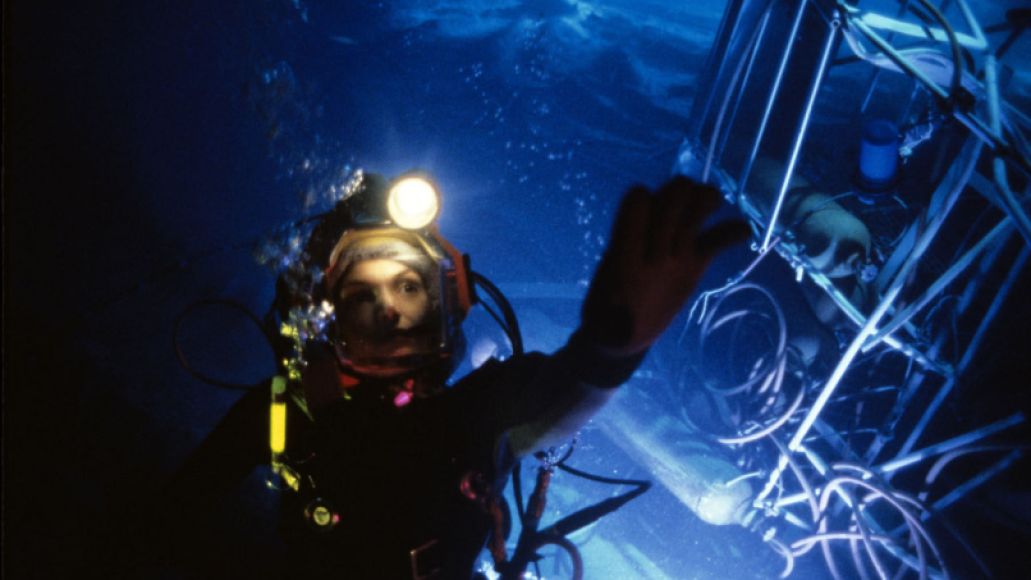 We’ve seen this happen before to other filmmakers, but perhaps the most prominent example is Cameron’s contemporary, Robert Zemeckis. The director has always had a flair for special effects (like 1992’s Academy Award-winning Death Becomes Her) and cutting-edge technology, but more often than not, it’s come at the expense of good, old-fashioned character and plot development. Like Cameron, Zemeckis isn’t afraid of big emotion to match his visuals, but lately, he seems far more interested in the latter — increasingly reyling on CGI motion-capture technology over live-action. Whether Cameron will go the way of Zemeckis remains to be seen as he rolls out Avatar sequels until 2027.

In some ways, Cameron is still that 24 year-old special effects assistant obsessively tinkering away by himself on gadgets to make his fantasies become reality. The technology may have changed, but the man has not. As Cameron retreats deeper and deeper into the forests of Pandora, it feels like he’s getting closer to merging these competing parts of himself and his storytelling like one of the cybernetic organisms from his previous films. But what will emerge out of the abyss of his Avatar sequels: the machine or the man? In James Cameron’s case, maybe it’s both.