It’s surreal seeing Rocko’s Modern Life and Invader Zim making a return in 2019 as Netflix specials. Absurd humor has been a part of cartoons almost since the medium’s inception; that said, there’s a special quality to the absurdity found in ‘90s Nicktoons. From crude jokes and odd character designs to the overall random nature of narratives, Nickelodeon has been home to some strange creations. With these two recent Netflix specials stirring memories, let’s take a look back at what made these early cartoons so fascinating.

In a lot of ways, Nickelodeon felt “darker” than other cartoon channels at the time. Directed at kids and adolescents, the network found a niche in riding the influence of MTV. Unlike the family-friendly Disney Channel, Nickelodeon had shows like Ahh! Real Monsters, KaBlam!, and The Ren & Stimpy Show — shows whose characters were more grotesque and quirky. Take Krumm, for example, from Ahh! Real Monsters; his body is essentially a head, with his hands holding onto his eyeballs. Or consider Meltman from KaBlam!’s Action League Now! segments; among the other heroes, Meltman is essentially just a melted action figure. The design of Krumm offers an uncanny feeling, specifically because while we recognize those features of his that come across as human, they are warped. And for as mundane as Meltman is, his appearance is so random that it brings this abrupt, awkward comedy into the mix. Even CatDog presented an unnerving vibe; regardless of age, one could not help but look at the character and consider the plethora of biological questions that came to mind.

These characters all asked the viewer to embrace their oddity. For as enjoyable as all these characters were, there was a lot to digest. Nickelodeon really trusted its viewers with all these gutsy designs, as well as its brand of comedy. Whether it is how a show approached a joke or presented narratives, Nickelodeon took a variety of approaches in providing laugh-out-loud experiences.

Slipping sexual innuendo into a line here and there was nothing new at the time; yet, when it came to sexual jokes in Nickelodeon’s Ren & Stimpy, there was little left to the imagination. Some scenes were incredibly forward with their sex jokes. For kids watching at the time, a lot of this would go over their heads; for the teens and adults watching, however, this kind of stuff was almost impossible not to catch. Then there were the show’s outlandish characters. Powdered Toast Man was a superhero who not only had a piece of toast for a head, but would use farts to help him fly through the skies. It was through shows like Ren & Stimpy that Nickelodeon played into the interest of teens; with plenty of crude remarks and fart jokes, Nickelodeon could grab a hold of the same viewers who loved Beavis and Butt-Head. 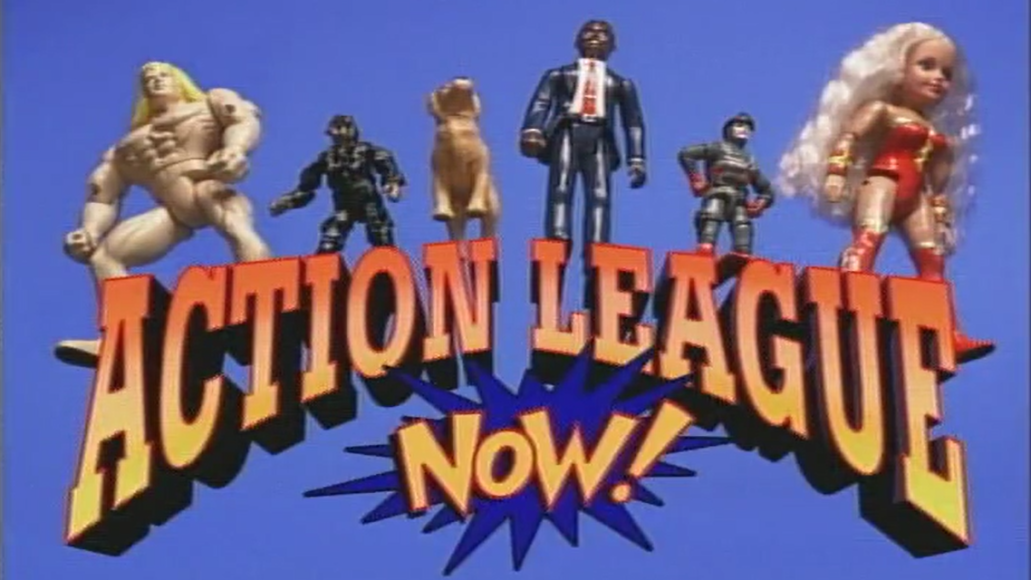 When Nickelodeon wasn’t taking things in a crude direction, however, viewers would also be able to enjoy shows that were more wholesome and random with their comedy. KaBlam! is a great testament to this sort of entertainment; the show took a sketch comedy approach, while adapting a comic book aesthetic at times. This is where you would find Action League Now!, one of the show’s more popular sketches. The team of superheroes would embark on a variety of goofy misadventures where they would bicker among one another. There wasn’t a lot of reason behind actions or events, the show offering lots of delightful cheese while poking fun of superhero stories. On the other side of randomness, Rocko’s Modern Life was packed with goofiness; each episode placed Rocko and friends in surreal and awkward situations. The unsymmetrical designs of buildings, the over-exaggerated animations of characters, along with the playful violence at time, made for a wacky, more family-friendly experience.

At the heart of Nickelodeon was a unique duality of wholesome and bizarre. While each of Nickelodeon’s shows offered its own brand of weird, they all incorporated loveable characters. For as out there as some characters and scenarios could get, one could find something in these characters to relate to. Whether it was Rocko’s overall friendly personality, or Dog’s excitement for new experiences, Nickelodeon shows gave viewers a space to feel comfortable in their own weirdness. Among all their goofy qualities, there was always something the characters were looking to achieve.

When we look at the toons of today, many properties owe thanks to these older Nickelodeon shows. The eccentric nature found in titles like The Amazing World of Gumball and Gravity Falls first appeared in Rocko’s Modern Life and CatDog; the creepy and weird appeal found in Flapjack and Adventure Time stems from works like Ahh! Real Monsters and Ren & Stimpy. Nickelodeon is home to many beloved characters, each who has in some way influenced a little bit of weirdness in us viewers who watched them growing up. Unlike a lot of generic cartoon stories before its time, Nickelodeon was a network for misfits; it gave a voice to those characters that were just outside of conventional molds. When one sat down to the bright glow of a Nickelodeon cartoon, they knew they would be welcomed.

It’s fantastic to see Rocko’s Modern Life and Invader Zim make a return after so many years. The bizarre humor of these shows is timeless; kids today who embrace all things wacky will get as much of a kick out of these specials as the adults who grew up with the shows. To this day, Nickelodeon remains a powerhouse of nostalgia. Who knows where these Netflix specials may lead; maybe we’ll see a return of more beloved Nickelodeon shows. One thing is for sure — the humor and love of these cartoons is still there.

'90s Nickelodeon Taught Us the Value of Absurdity