British heavy rockers Orange Goblin are about to kick off a short US tour, but they’ll be doing so without one of their bandmates. Administrative “red tape and hoops” have prevented drummer Chris Turner from traveling to the country for the gigs.

In a lengthy statement posted on Facebook over the weekend​, the band detailed the visa process they ​went through prior to reaching US soil. Explaining how it came to no avail regarding Turner, they wrote,

“Despite starting our visa application process over 3 months ago, despite having one of the top companies put our petition in, despite the endless red tape and hoops we had to jump through we were only given a last minute embassy appointment. At that appointment Chris was told that he would have to provide extra information for ‘Administrative Processing’, this despite having had 6 US working visas previously, as well as a US social security number.”

The “extra info” required is a laundry list of personal identification history: “15 years international travel history (every single Orange Goblin show outside the UK plus every single personal and family holiday Chris has taken), 15 years address history, 15 years employment history, all the names and birthdays of his entire family, every phone number and email address he’s used in the last 15 years and all his social media info.”

Highlighting the absurdity of the ordeal, the band continued, “Bear in mind Chris has no criminal record (even had a clean driving license for over 30 years), He is not a member of or affiliated with any political group or organization and he hasn’t travelled to a blacklisted country.”

As the band described, not playing the shows would “bankrupt” them due to already incurred travel and gear transportation costs; in their words, “Orange Goblin would cease to exist.” Fortunately, the band was able to secure Ottawa-based drummer Chad Walls as a substitute so they can embark on their scheduled run. Described as a “drummer for hire,” Walls has previously filled in with Exciter and toured with ex-Iron Maiden vocalist Paul Di’Anno.

Following the band’s initial comments, Turner released his own statement on his private Facebook page (via ​Metal Injection). He clarified that he hasn’t officially been denied a visa — yet — and that Orange Goblin’s post was “not politically motivated:”

“It’s been reported that I’ve been denied a visa. Not strictly true. My application has been picked out (without explanation) and put into ‘Administrative Processing’, a process which requires a whole load of extra information from me and can take several weeks with no guaranteed outcome and no updates. Technically speaking I may yet receive a visa but not within any useful timescale for our US shows.”

Read the band’s full statement below and Turner’s over at Metal Injection.

Orange Goblin’s brief US tour launches tomorrow night in New York City and runs through a September 2nd show in Los Angeles. See the dates beneath the statement ahead, and get tickets here. 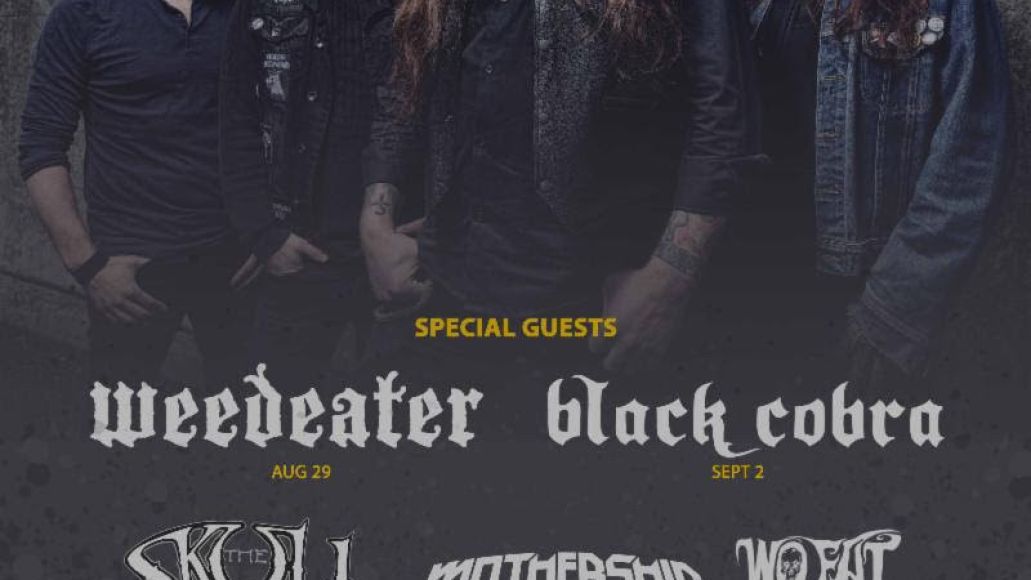