When it comes to pop-cultural significance, even Woodstock has a shelf life. Fifty years after the original defined a generation (whether they wanted it to or not), the most recognizable festival in the history of rock music will not have the anniversary celebration that everyone figured inevitable. On July 31st, Woodstock 50 died its final death, with promoter Michael Lang finally giving up on the event he first discussed back in 2014 after a festival season that began with a stellar lineup announcement and ended with two lost venues, bailing investors, a move to Maryland (and a reduction from three days to one), and even a cameo by one of Donald Trump’s lawyers.

Instead of Woodstock 50 becoming a defining event for a new generation of fans, Lang’s would-be festival instead drew some unflattering comparisons to Fyre Festival. Now, as we approach this 50th anniversary weekend, the only officially sanctioned Woodstock commemoration will be a series of concerts at the Bethel Woods Center for the Arts. Headliners including Ringo Starr, Santana, and John Fogerty will mark the milestone with evening concerts; the grounds will be closed to non-ticket holders.

Although these two events never received the acclaim of their more-famous siblings, they’re still packed with lessons about the history of music festivals, Woodstock’s ever-changing legacy, and evolutions in the music industry that still impact listeners today. With that in mind, let’s dive into the forgotten histories of these two Woodstock anniversaries, helped along by reports that appeared in newspapers throughout New York state in 1979 and 1989. 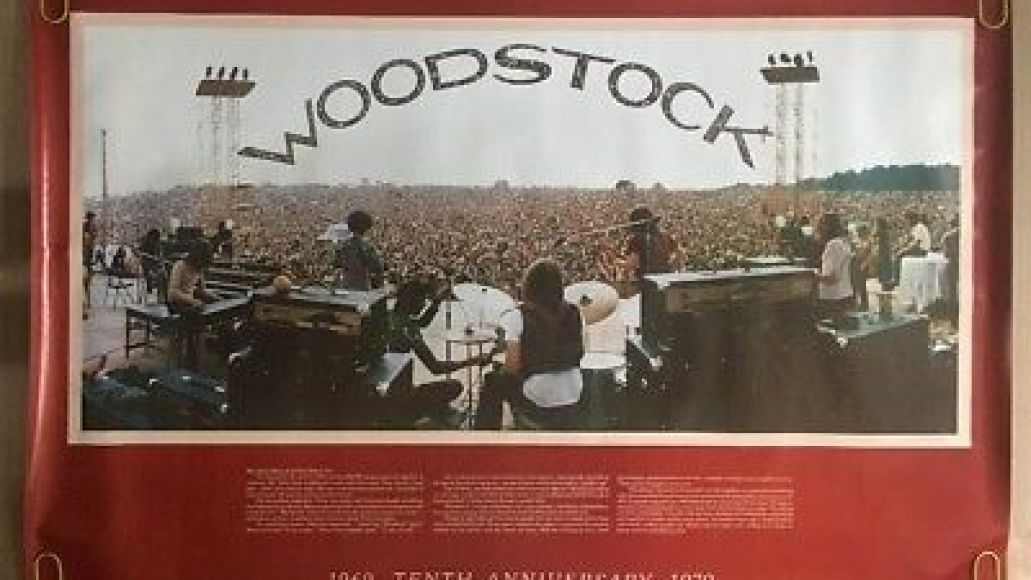 Much like the 50th anniversary show this year, Woodstock’s 10th anniversary didn’t unfold in its original form. Conceived by organizer John Morris, who worked as the original festival’s stage manager, Woodstock II would’ve recaptured the size and scope of the original; in his pitches to towns across upstate New York, Morris frequently quoted potential attendance figures of 300,000 or more.

Morris spent much of early 1979 scouting out possible hosting sites for Woodstock’s 10th anniversary sequel. The town board of Woodstock turned down a reported multi-million dollar offer to hold a full-scale sequel to the 1969 festival. A UPI report from April 1979 quotes Town Supervisor Valerie Cadden: “It’s taken us 10 years to recover from the first Woodstock Festival.”

Organizers were rebuffed wherever they went; towns that turned down the festival include Lodi, Walton, Richford, and Meredith, where voters defeated the proposed festival by a margin of 593 to 75, even though the fest’s $1 million offer “would have meant no local taxes for three to five years.” When rock is less popular than no taxes, your problems are real.

Morris also ran up against organized legislative pushback. Many of the upstate counties where Morris focused his search had already put laws in place to counter the rise of rock festivals throughout the ’70s; in the case of Tigoa County, that meant a law that “effectively [quashed] such concerts by requiring of the promoter a $10,000 bond for each ticket holder for any gathering of more than 10,000 people.” Other counties, such as Delaware and Seneca, enacted their own versions of these laws as soon as it became apparent that Woodstock II might come calling. In the case of Seneca County, the decision came just one day after a meeting with Morris, when county supervisors “[viewed] slides of refuse piles and traffic caused by the 1973 rock festival at nearby Watkins Glen.”

The Brookhaven event was the larger of the two, but remained dwarfed by the scope of the original and its proposed sequel. According to an Associated Press story from September 1979, part of the agreement with Brookhaven stipulated that ticket sales be capped at 25,000 and that no liquor or walk-up ticket sales take place on the premises. As it turns out, even that number was optimistic; a UPI story from the day after the event clocked the attendance at a mere 15,000 (though varying estimates of up to 40,000 were reported by other outlets). The New York Daily News headline from the day after the concert summed things up glumly: “Woodstock Reunion: Not on par with original.”

Part of the issue stemmed from the lineup. Organizers at both shows opted to draw solely from acts that played the original festival rather than mixing the old guard with newer acts whose work resonated with the festival’s ethos. Thus, when the biggest acts from 1969 were dead (Janis Joplin, Jimi Hendrix), broken up (Creedence Clearwater Revival, Jefferson Airplane), or uninterested (The Who, The Grateful Dead, Santana, and loads more), Woodstock ’79 was left with a pool of artists that lacked the drawing power of their more famous peers.

No matter how good the music, a lineup anchored by John Sebastian, Canned Heat, Paul Butterfield, Rick Danko (without the Band), Stephen Stills (without Crosby, Nash, or Young), and Country Joe McDonald (without the Fish) was never going to put up eye-popping numbers. The MSG event fared a bit better with appearances by Joe Cocker and Richie Havens, but still treated its booking philosophy as a nostalgia-minded reunion rather than a forward-looking celebration.

The relative failures of Woodstock’s first big anniversary were also blamed on shifting cultural interests. At the time, journalists devoted plenty of columns to determining what Woodstock nostalgia meant and whether another Woodstock (or similar era-defining event) was even possible by the end of the ’70s. UPI reporter Ken Franckling devoted a multi-part series to the festival’s anniversary. The sentiments he found weren’t optimistic.

“Festival veterans said efforts by two different promoters to hold a Woodstock II this summer failed from more than local opposition,” Franckling wrote. “They said times have changed, and the magic ingredients — a war, psychedelic drug popularity, and turbulent times — can’t be duplicated.”

Franckling’s work also nodded to the growing strain of money-minded, me-first conservatism that would come to define American mass culture in the ’80s, and its impact on both the career-aged attendees of the original festival and the new generation of college kids coming up behind them. “The outspoken activists who brought about Woodstock were replaced by a new generation of job seekers,” Franckling said, a sentiment shared by at least one of his interview subjects.

“I worry about generalizations, but there is a sort of narcissism now,” Brown University chaplain Richard Dannenfelser told Franckling. “I just hope that students won’t lose a sense of moral indignation and become self-centered privately and professionally.”

Whether that shift was caused by the quagmire of the Vietnam War, the betrayals of Watergate, the economic anxieties of America’s late-’70s recessions, or some combination of those factors and others, it also had an impact on the types of music that found its way onto the charts. As reporter Philip Pullella noted in his own UPI report, genres like disco had begun to supplant the excess-heavy prog and arena rock scenes spawned by the original Woodstock.

“The industry has gone slick and sexy,” he wrote. “The songs of protest have been supplanted by the songs of profit. Money replaced mellow.”

And as for the site of the legendary festival? In 1979, reporter David Dawson of Gannett noted that the town board of Bethel rejected a motion to put up a sign marking the festival site, concluding that the town had “turned its back on promotion, content to slide into slow economic deterioration along with the rest of Sullivan County.” (The festival site would eventually get its first memorial marker in 1984).

The Lost Woodstocks: How 1979 and 1989 Shaped Music Festival History