Believe it or not, but it’s 20 long years since the first episode of The Sopranos aired on HBO. To commemorate the anniversary, a Sopranos-themed convention is being held this fall in — where else? — New Jersey.

Officially dubbed SopranosCon, it takes place November 23rd and 24th at the Meadowlands Expo Center, just a stone’s throw away from Tony Soprano’s luxe home. A description for the two-day event promises a memorable time for those wanting to honor the 21-Emmy-winning program,

“Our event is an interactive, street festival themed fan experience, visually inspired by The Feast of St Elzéar, celebrating the series by showcasing Italian culture in New Jersey with food, drink, art, music, comedy, and some show-related businesses. There will be fan art galleries, exhibits, screenings, Q&A’s, trivia and costume contests, interactive games, and much more.” 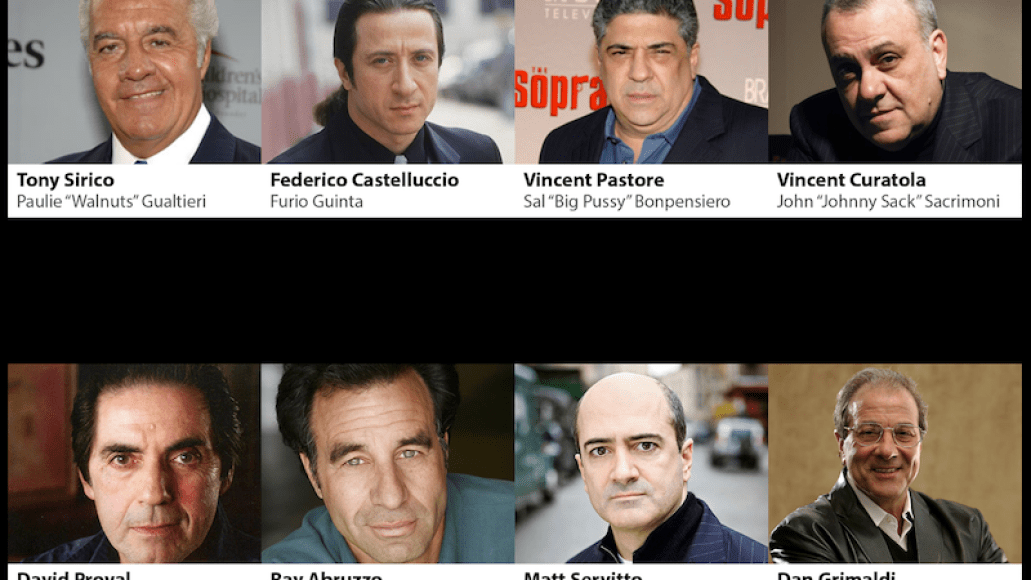 After six now-legendary seasons, The Sopranos took its final bow in 2007 with one of the most unforgettable finale scenes. In addition to SopranosCon, fans will have the chance to relive The Sopranos days with the forthcoming prequel movie, due out September 25th, 2020.

Like the series itself, Newark was written by David Chase and directed by Alan Taylor. Michael Gandolfini (son of the late, great James) has been tapped to play his father’s iconic role as a young Tony Soprano.

Check out a teaser for SopranosCon below. Head to the official website for more details, including ticket information.