The Pitch: When we last saw amiable beach bum Shaun “Dud” Dudley (Wyatt Russell), he was on the receiving end of a horrific shark attack after finally heading back into the water following a season of uncertainty. Weeks later, he’s on the mend, his survival giving him a new lease on life — he’s newly committed to his desire to live easy, happy existence cleaning pools and committing even further to his newfound fraternal home at the Long Beach branch of the Ancient and Benevolent Order of the Lynx, alongside bartender and aspiring alchemist Blaise (David Pasquesi).

But all is not shiny and grand in the Gateway to the Pacific: Dud’s sister Liz (Sonya Cassidy) stumbles to find work, fellow Lodge member Ernie (Brent Jennings) feels miserable in his job as a plumbing salesman, and new Lodge head Scott (Eric Allan Kramer) bristles under the restrictions of the head London office and their amiable envoy Jocelyn (Adam Godley). Not only that, a family of smug yuppies has set up shop in the Dudley family’s old space, leading Dud into an unlikely turf war over the pools of Long Beach’s residents — not to mention, his father’s legacy.

(Interview: Wyatt Russell on His His Love for Making Genre Movies)

The Lemon Standard: It’s hard to understate how much of a strange, enticing curveball Lodge 49‘s first season was when it premiered on AMC last year. Creator/showrunner Jim Gavin’s show is yearning, idiosyncratic, and sleepy to a fault, a sun-baked couch nap that cares deeply about its charming extended cast of characters. If the two episodes made available to critics are any indicator, Season Two looks to follow in that same inexplicably alluring direction. 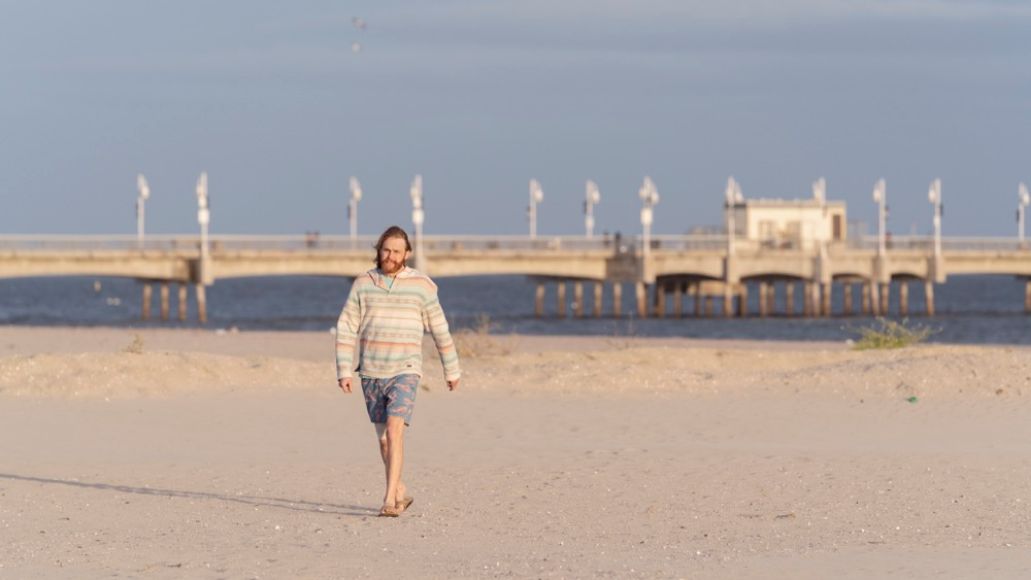 It’s a show that’s impossible to accurately describe, which is part of what makes it feel so novel: it’s got the production value and creative freedom of Prestige TV, but is unconcerned with sweeps-week melodrama. Characters don’t act as much as languish, bristling under the shrug-worthy pressure of late capitalism as they scramble for temp jobs. It’s Breaking Bad without the meth, Better Call Saul without the lawsuits. (Well, there’s a lawsuit in Season Two, as an enterprising young lawyer (Mary Elizabeth Ellis) inspires Dud to sue the city to get money for the shark attack, but that’s just one thread in the fabric of Lodge 49‘s ornate tapestry.)

The Dud Abides: At the center of Lodge 49 is Dud himself, one of the most frustrating and affable protagonists in recent memory. Much like Dud himself, Russell’s performance glides through life on buckets of charisma (he’s Kurt’s son, after all). With his lanky frame and shit-eating grin, it’s easy to see how disarming Dud can be, his Lebowski-like joie de vivre granting him unbelievable access to people’s confidence and friendship. Dud is perhaps guilty of an overabundance of chill, but that’s what makes him so damn arresting. 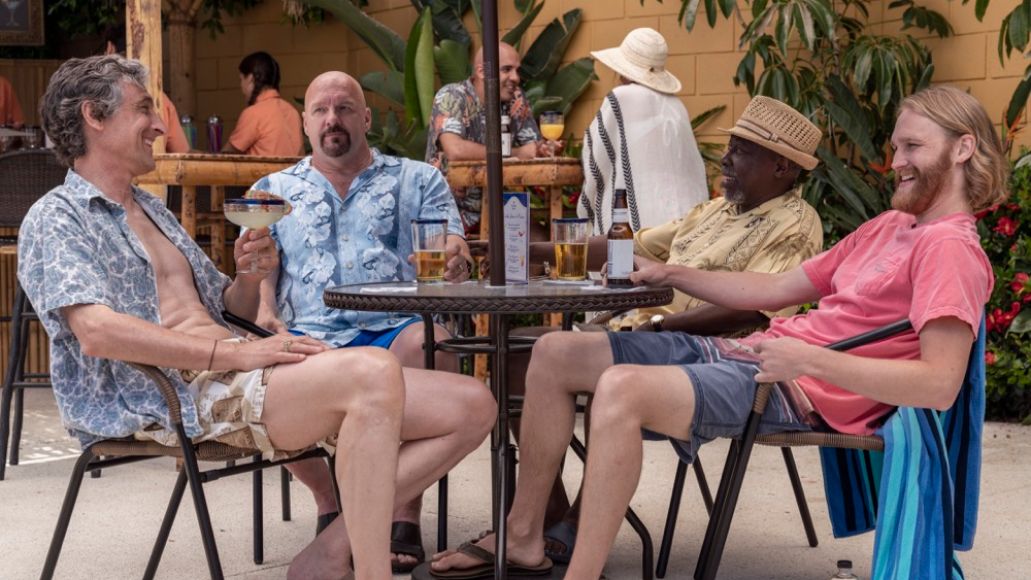 But don’t let Dud’s idleness fool you; there’s a method to his madness. Beneath that toothy smile and shaggy ginger beard, Dud’s got a heart of gold and is all too willing to see the best in every person and situation that comes his way. He doesn’t have a lot of money, but he has faith — that Ernie will come back to the Lodge, that he and Blaise will finish the Order’s Magnum Opus and discover the secret to alchemy, that Liz will find her footing in a cutthroat job market.

It’s a refreshingly gentle form of masculinity that clashes with the kind of flawed heroes we normally see in AMC dramas. He’s not on a power trip, or out to soothe his own ego, but to form earnest, friendly connections with his friends and family, especially his late father.

Chutes and Ladders: If there’s any explicit thing Lodge 49 is capital-A About, it’s the way late-capitalism forces us to find a new sense of purpose in the ruins of the American Dream. The show’s version of Long Beach, with its fading strip malls and rat-infested Hoosiers-adjacent sports bars, is a perfect stage for its cast of average Joes to wriggle under the bootheel of crushing debt and dwindling job prospects. Lodge 49 envisions a world freed of the rat race, where getting rich — or even “getting to zero,” as Liz does when she manages to eliminate her debt last season — isn’t the goal. 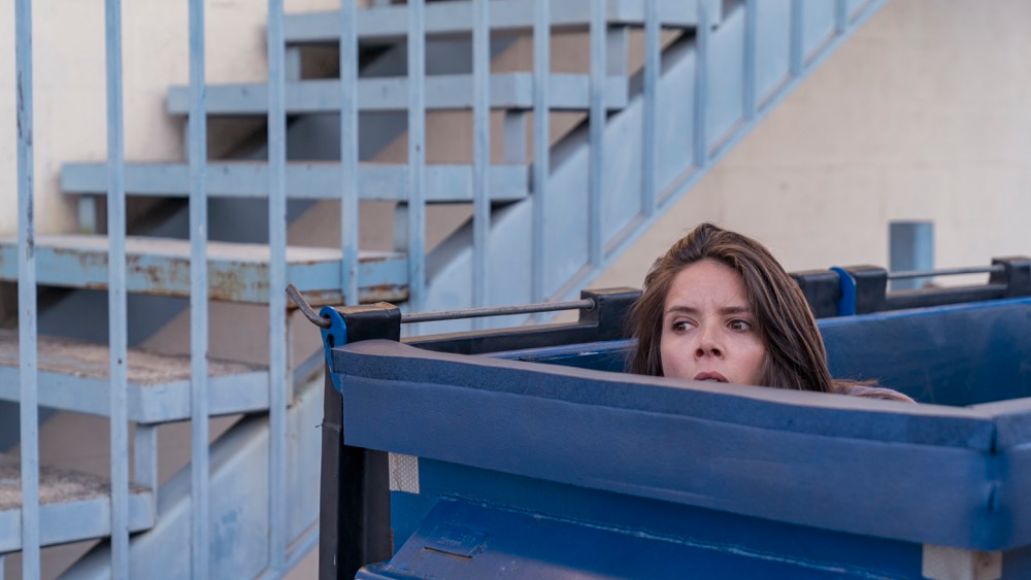 When Dud goes door-to-door in Season Two’s second episode to clean people’s pools for free, it’s not just to spite the smug suburbanites who bought his dad’s old pool cleaning shop, but that liberating zen that comes from having a purpose. It’s a quest everyone on Lodge 49 is going through, as Ernie competes with a young, handsome upstart for top-dog status at his work, while Scott’s wife Connie (Linda Emond) wanders around the London headquarters of the Order — Lodge 1 — searching for writing inspiration as she reckons with her terminal illness.

Everybody in the show is searching for something, but mostly willing to let it come to them. There are little things you can do to improve your life, but fate really holds all the cards. That’s why Dud, Blaise and the rest are so attracted to the alchemical Order of the Lynx: there’s something enticing about being able to turn gold from the base materials you’ve been given. 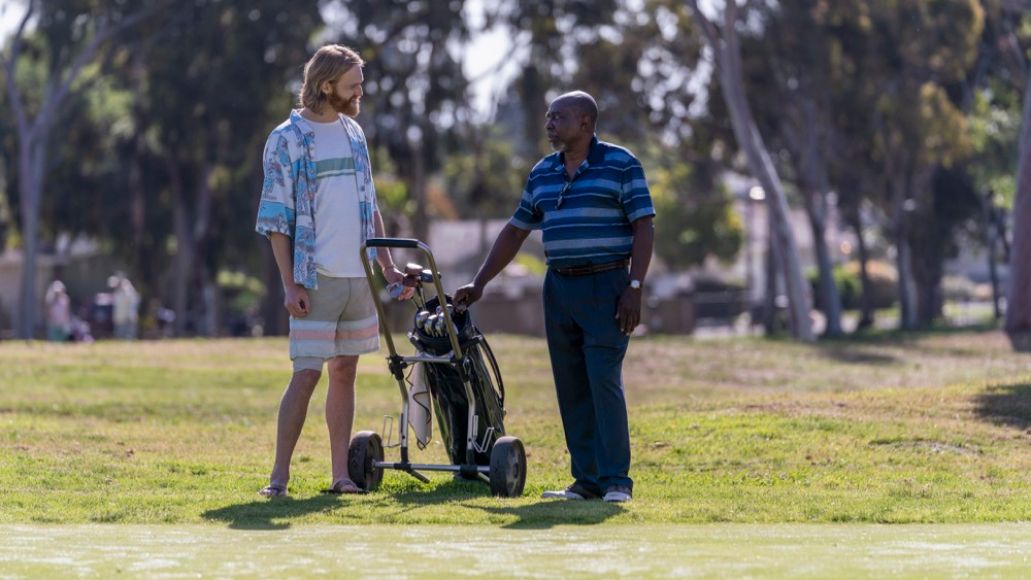 The Verdict: With only two episodes to work from, and the laidback aimlessness of the show in general, it’s hard to say where Lodge 49 is gonna go with its sophomore season.

As the season begins, we see a flash-forward of Dud and Ernie panicking in a crashing plane, as a man in a globe-mascot suit runs around in flames and a mysterious writer (played by executive producer Paul Giamatti) jumps out the door. It’s a fantastical, surreal image, something that could easily be interpreted as a dream if not for the “Six Weeks Earlier” timecard that follows, and the overarching absurdism of Lodge 49‘s presentation.

In any other show, we’d work diligently toward the circumstances that lead to those incredible events. But Gavin doesn’t play by these same rules; he’s far more concerned with the way people can still form communities in an increasingly isolating American life, finding comfort in others amidst the existential chaos. “If you’re gonna go down the chute,” Dud tells Liz, “be with the people who care about you.”

Where’s It Playing? Lodge 49 looks in the mirror and tells itself “Life is good!” on AMC starting August 12.

TV Review: Lodge 49 Eases into Another Charming Season of Lost Dreams and Alchemy