The Pitch: Succession follows the Roys, a ludicrously wealthy New York media family (think: the Murdochs) led by Logan Roy (Brian Cox). What drives the series is pretty obvious: Who will succeed Logan? The second season moves that conversation forward. Once again, the whole ensemble — save for, maybe, sweet angelic Cousin Greg (Nicholas Braum) — are all kinds of awful, but it doesn’t matter.

Series creator Jesse Armstrong injects just enough intrigue and pathos to make you somehow care about these deviant one-percenters, which is quite an accomplishment on his part. After all, these people are so disgustingly rich that they can literally get away with murder and Season Two doubles down on the demons with sharper, more confident, more dramatic, and even funnier results. 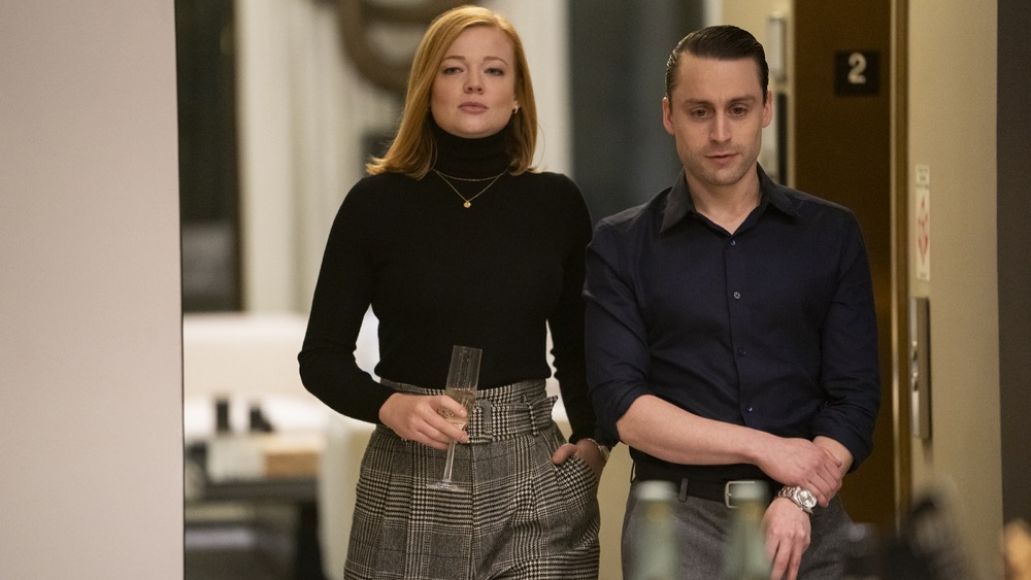 Is This Real? In the Season Two premiere, “The Summer Palace”, Logan tells his daughter Shiv (Sarah Snook) that he wants her to (eventually) take over his company, Waystar/RoyCo. She spits back, “Is this real?” Logan assures her that it is, but his behavior and blatant sexism throughout the season suggests ulterior motives. Those sneaky Chess moves trickle down the family tree, causing all sorts of mind games between the Roys, making Shiv’s question somewhat of a haunting thesis for Season Two.

Whereas the first season focused primarily on Kendall Roy (Jeremy Strong), Armstrong widens his scope to focus on the entire family, though the season does have its share primary arcs. Leading the charge is Shiv questioning her father’s trust (while also risking her career) and right behind her is Roman’s ensuing inability to forge a real human connection (particularly with women, as hinted last season). 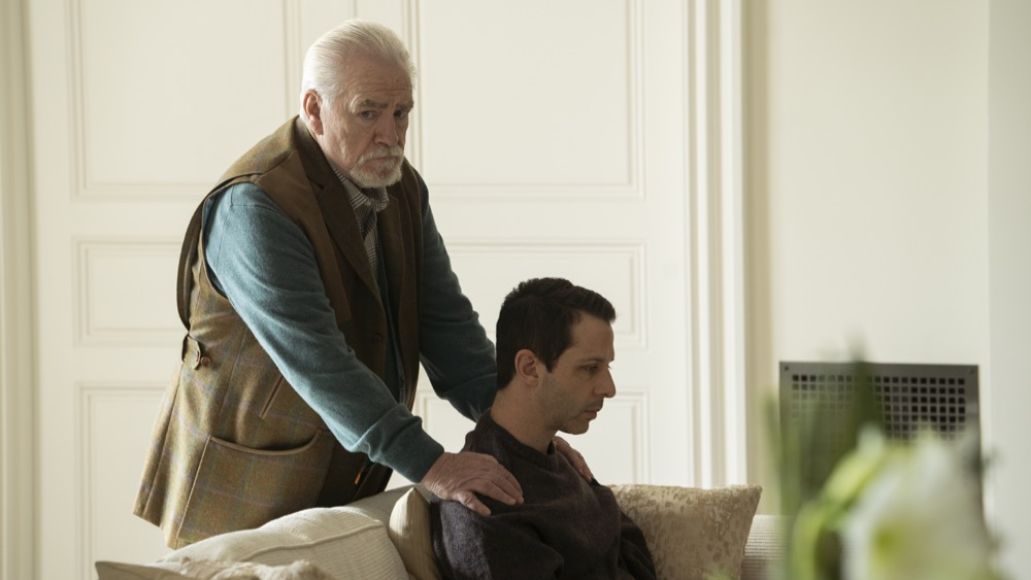 With characters already clearly established, the show doesn’t need to spend as much time with everyone. This leaves more time for characters like Connor (Alan Ruck), who’s making a very sad but likely successful attempt at running for president, or Gerri (J. Smith-Cameron), who steals the season away in her scenes with Roman and Logan Roy, who is fully back as CEO and seemingly in good health.

And while characters like Zombie Kendall get less screen time for the benefit of others, there’s never a feeling of neglect. Armstrong knows exactly who we need to see and for how long. Cousin Greg could be absent from an entire episode, and just when you’re about to report this horrendous crime, he shows up right before the credits roll to share some personal news.

Of course, no one listens or cares. 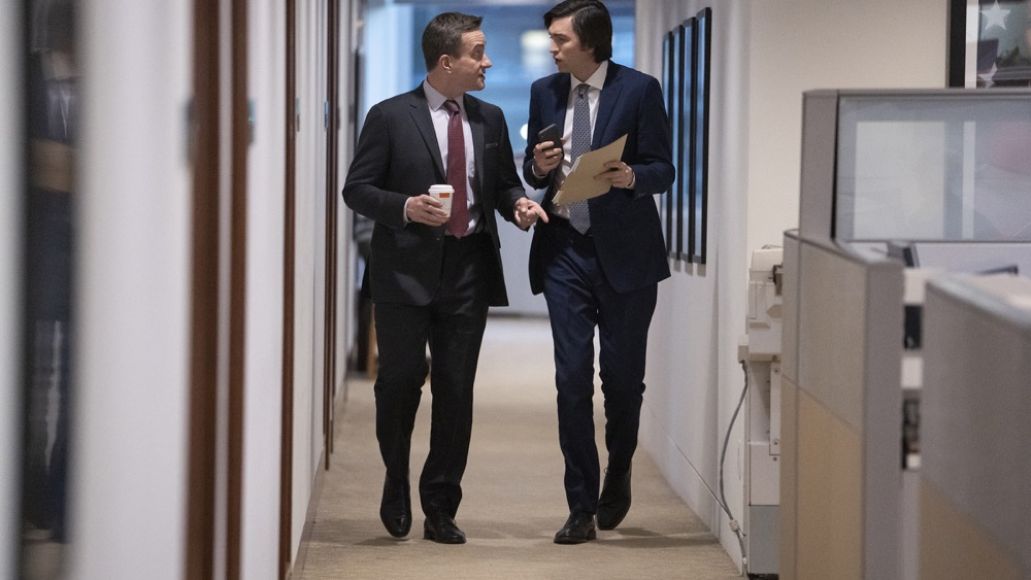 The Roy Bubble: Succession took a while to build its momentum last season, namely due to Logan’s absence for the first half, but the wait was well worth it. It was a character palette, demonstrating how the Roy siblings followed their father’s footsteps and all the unresolved tension and drama that has come with it. For the most part, Logan’s reach was relegated to his children, but Season Two expands that reach, showing how Waystar employees and Roy-adjacent character (see: Matthew McFayden’s Tom) are similarly affected by his cruelty and lack of empathy.

In the third episode, “Hunting”, a horrifying dinner scene involving a boar and the floor displays this malice. It’’s shot and lit like a torture scene in a psychological thriller or horror film and laced with a kind of absurdity that’s equal parts bone-chilling and hilarious. This delicate dance is where Succession thrives, however, and why so many critics were tough on the series going into it cold last year. Scenes like this will leave you picking up your jaw off the floor, either from shock or laughter, and again, you’ll wonder: Is this real? 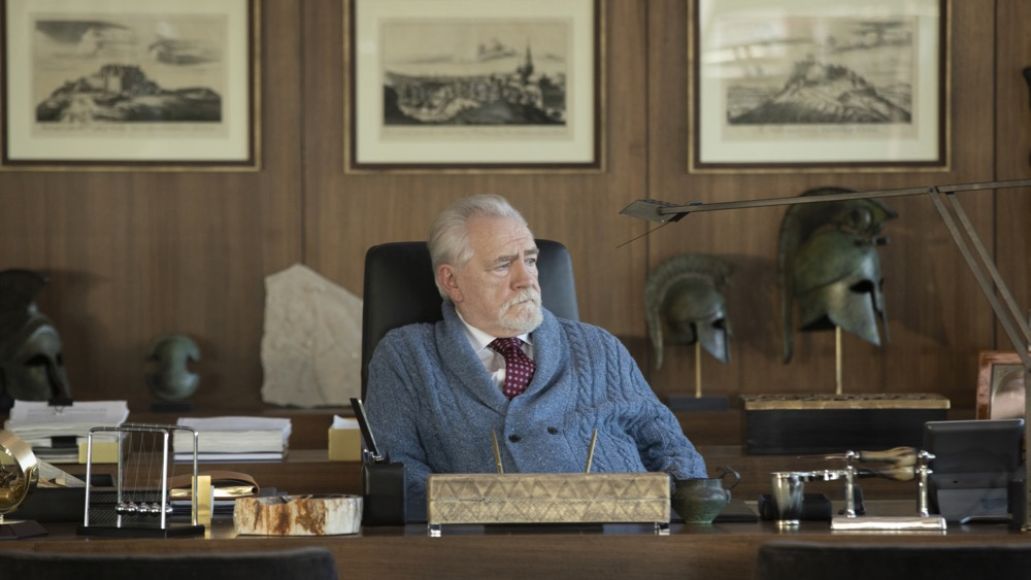 A Tale of Two Families: Midway through the Season Two, Succession takes its first big step outside the Roy bubble. To help accelerate Logan’s acquisition of Pearce, the liberal media organization he wants, the two families spend a weekend together. This weekend suck-up retreat is set up by Pearce employee Rhea (Holly Hunter), whose bangs this writer will be requesting the next time she gets a haircut.

Essentially, the episode offers a sobering contrast between the Roys and their liberal counterparts. By comparison, the Pearces are well-read, they’re compassionate, and they’re caring. It’s an enviable dichotomy to watch and one that’s laid out brilliantly in their strange interactions. The Roys are so incapable of being human beings that something as simple as personally bringing dinner to the dining room is confounding to them. 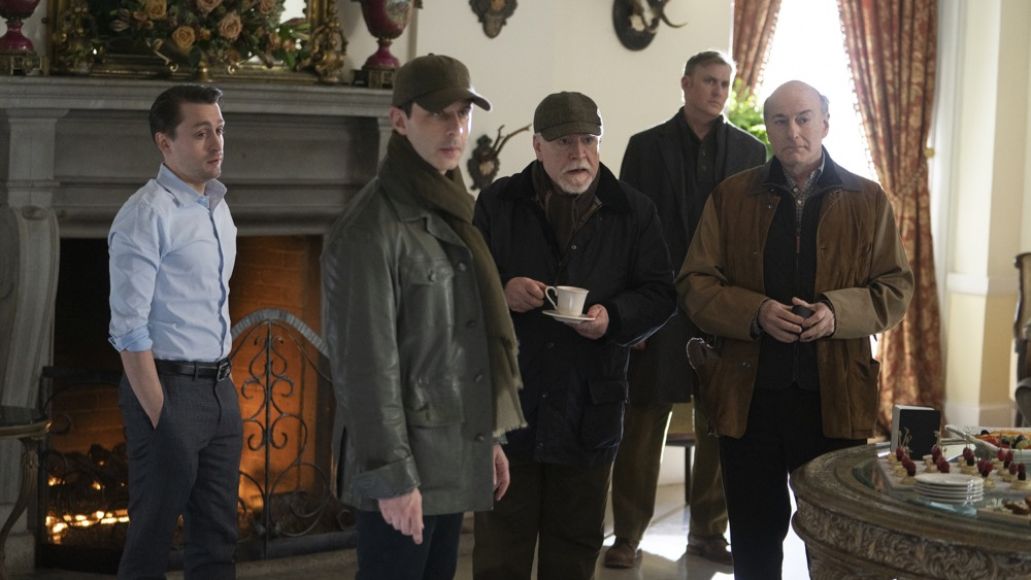 The Verdict: Succession is arguably the best show on television right now. It’s relevant, it’s witty, and it’s full of complicated characters you love to hate and hate to care about long after the episode’s over. Even those who have been relegated to the sidelines manage to standout in the long run. Reason being, they’re all enlivened by rich, nuance performances that add so much dexterity to their arcs.

Take, for instance, Strong’s disgraced Kendall, who spends the first half of this season crippled with guilt and anxiety. He doesn’t say much, but he’s always a force in the peripheral, lingering in the corner as a reminder of what’s at stake for the Roys and the lengths by which a soul might spiral out control. It’s small stuff like this that adds up, and Succession is inordinately wealthy in that area.

This is cutthroat storytelling, the likes of which insist upon weekly viewing (especially for the gasp of air the week offers), and in the wake of both Game of Thrones and Veep, Succession is precisely what HBO needs right now.