The Pitch: For 30 years, the Gemstone family has built one of the largest megachurches in the country, headed by patriarch Eli Gemstone (John Goodman) and his two sons: hotheaded Jesse (Danny McBride) and young, mohawk-sporting Kelvin (Adam Devine). Together, along with their overachieving albeit under-appreciated sister Judy (Edi Patterson), the Gemstones have set up a prosperity gospel that suits their luxury lifestyles quite nicely — a compound of mansions, gaudy outfits, and a pair of jets (“The Father,” “The Son,” “The Holy Spirit”), one for each Gemstone man.

But this shaky largesse is thrown into jeopardy when they start making inroads to the sleepy Southern town of Locust Grove, housing their latest Gemstone Church inside of a shuttered Sears at the local mall. Not only do they earn the ire of the humble, earnest preachers (including Dermot Mulroney) trying to tend to their flock, their arrival coincides with a mysterious blackmail attempt on Jesse after an incriminating video is leaked. As Jesse and the other Gemstones try to keep that video from getting out and soiling their business, their past trespasses — an apostate son, Eli’s estranged brother-in-law Baby Billy (Walton Goggins) — come back to haunt them.

Hellbound and Down: In theory, the idea of Jody Hill, David Gordon Green, and Danny McBride taking on the national evil of megachurches and the prosperity gospel sounds like a match made in … well, you get the idea. Like their previous masterworks, Eastbound and Down and Vice Principals, Gemstones takes a darkly comic, Coenesque look at deeply flawed protagonists from America’s heartland, who both manipulate and fall victim to the exceptionalist ideals of American identity. For Kenny Powers, it was the flighty, vice-filled politics of baseball; for Neil Gamby, it was the beleaguered public school system. 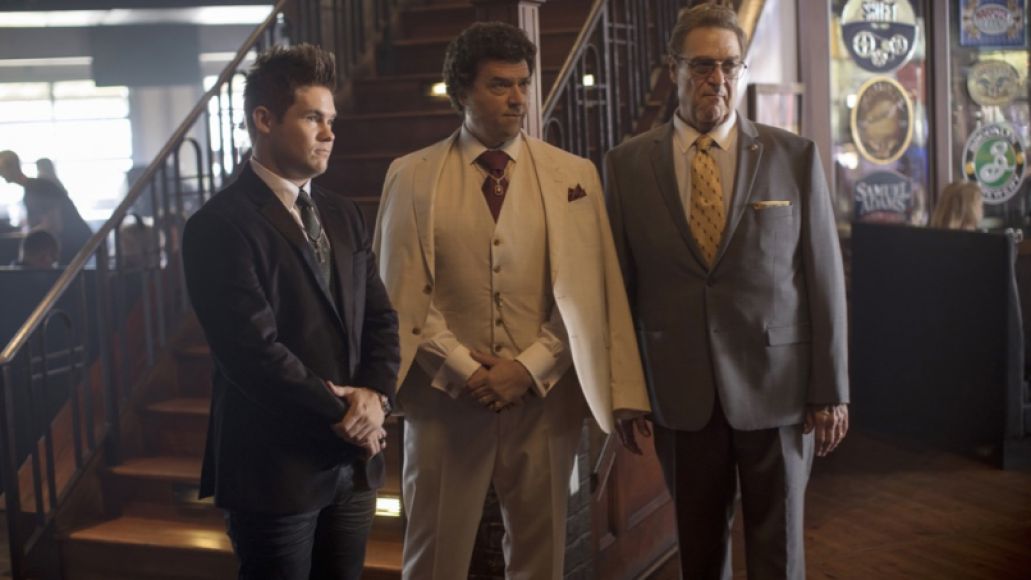 Here, though, the comparative ‘punching up’ of the televangelist community rings a bit more hollow, and it’s tough to pin down why. Maybe it’s because most people already recognize the inherent amorality of super-rich pastors fleecing their flock and flaunting their wealth; it’s that much harder to eke out sympathy for Jesse Gemstone than it is the comparatively working-class sociopaths of their previous shows.

The Devil’s in the Details: Formally, so much of Gemstones technically works. The direction, much of it from Hill, McBride, and Green, lovingly captures the grotesque excess of the Gemstones’ lifestyles, from the marble staircases of their homes to Kelvin’s arcade game-littered living room. But even for a Hill and co. property, Gemstones asks us to connect with some deeply unsympathetic characters; as the six episodes provided to critics go on, it’s hard not to hope that their downfall comes swiftly. 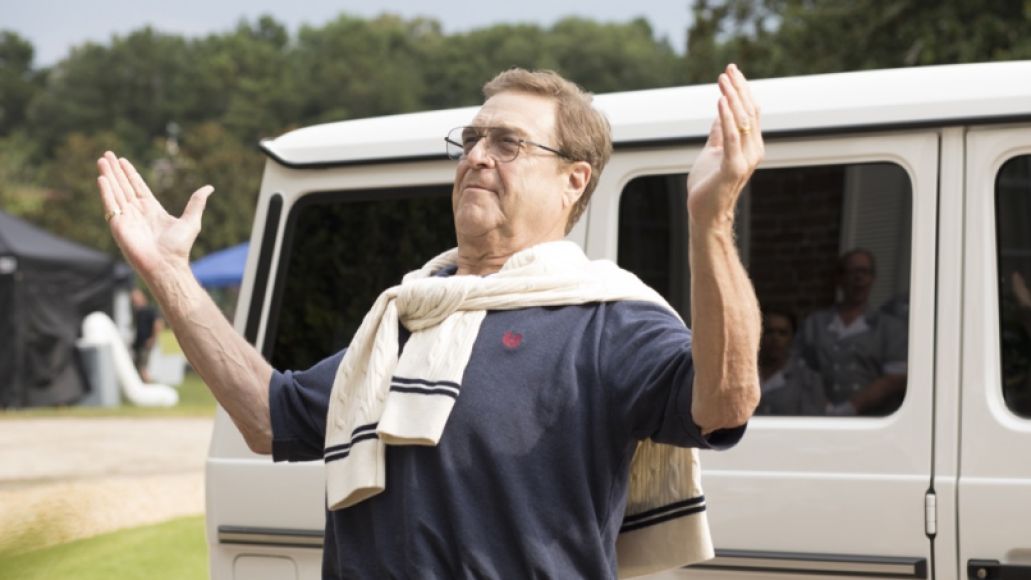 Focus on the Family: That said, there are diamonds in the rough of Gemstone‘s first half-dozen episodes. While McBride is stuck in Powers/Gamby mode (an attitude that feels both out of step with the Gemstone ethos and disappointingly old hat), Goodman is an absolute titan as the imperious Eli. In the present day, he’s an intimidating bully; in the flashback-heavy fifth episode, he’s an absolute sweetheart, especially to his now-late wife Aimee-Leigh (Jennifer Nettles), who together form a Jim and Tammy Faye Bakker-esque foundation for the Gemstone Empire to rest on. There are layers to his loaded glances and careful manicuring of the family brand, wells of violence hidden behind his molasses-heavy Carolina accent.

The rest of the kids are all right, too; newcomer Adam Devine (Workaholics) is also a curiously perfect fit for the Hill and McBride gang, with his dopey youth-pastor enthusiasm and latently homoerotic bond with bug-eyed best friend and former Satanist Keefe (a scene-stealing Tony Cavalero). Judy, the middle child of the family, offers a sneaky window into the Gemstones’ not-so-latent misogyny, Patterson’s aggressively winning performance painting her as the kind of kid who forced herself to be a tomboy just to keep up with the rest of the Gemstone fellas. 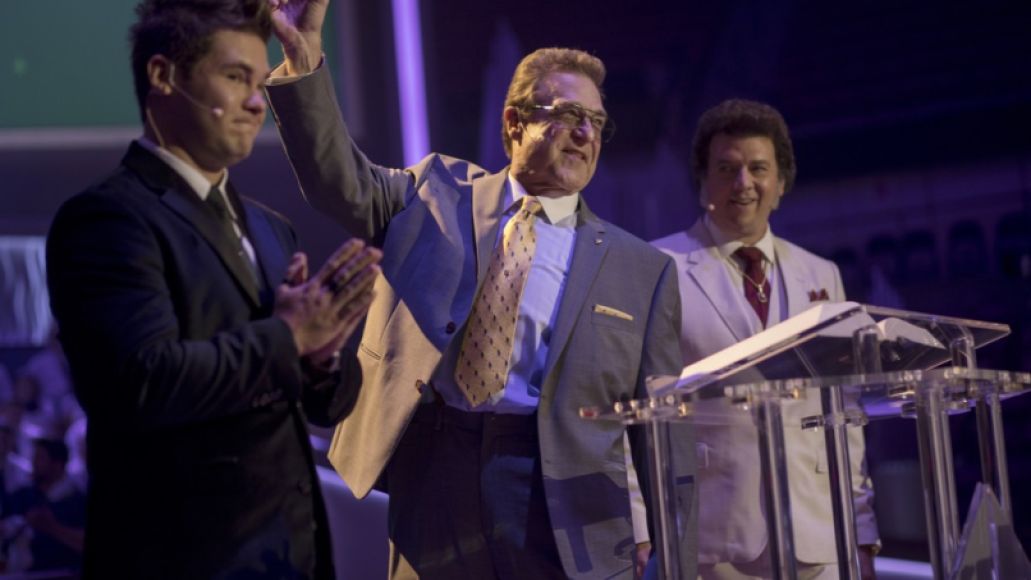 The Verdict: If you’re a fan of McBride and co.’s previous work, The Righteous Gemstones feels like the glitziest, most expansive take on that particular brand of flyover-state misanthropy. But so far, the formula shows signs of diminishing returns: McBride’s character feels redundant and the material doesn’t inspire a great deal of nuance. When crafting a story that asks you to find humanity in unsympathetic people, it helps to lend them some realistic shades of grey. In the case of the blatantly immoral Gemstones, however, I say bring ’em all down and let God sort it out. At its best, it’s Succession with pews; at its worst, it’s worth skipping.

Where’s It Playing? The Righteous Gemstones gets you on your knees in front of the TV Sundays on HBO, starting August 18.

TV Review: The Righteous Gemstones Isn't the Miracle We Hoped For