Willie Nelson is such an avid cannabis proponent that not only does he have his own weed business, but he serves as the company’s chief tester. However, it doesn’t end there: Recognizing that the plant benefits more than just humans, the country music legend is now launching a CBD product line specifically for pets.

“Hemp for Your Furry Family” is the tagline for the new venture dubbed Willie’s Rescue. “As longtime animal advocates and pet owners, our family believes that the hemp plant has benefited our own animals,” Willie and wife Annie Nelson explain in a statement. “We want you and your best friends to experience the potential benefits of hemp together.”

The Willie’s Rescue website further emphasizes the familial role of pets with the following heartwarming message,

Willie’s Rescue will be officially unveiled at the Las Vegas retail show SuperZoo next week. Specific products haven’t yet been detailed, but we do know they’ll be hemp-derived and can be used both internally and externally for dogs, cats, and horses.

Additionally, a portion of each sale will be donated to local animal rescues. “Most animal rescuers are volunteers, doing it out of love. They’re paying vet bills out of their own pockets. But still, they’re out there, all the time, helping people and animals who need each other to find one another,” the Nelsons write. “It’s beautiful. This is our way of saying thank you and keep up the good work.”

For more information on Willie’s Rescue, head to the official website. 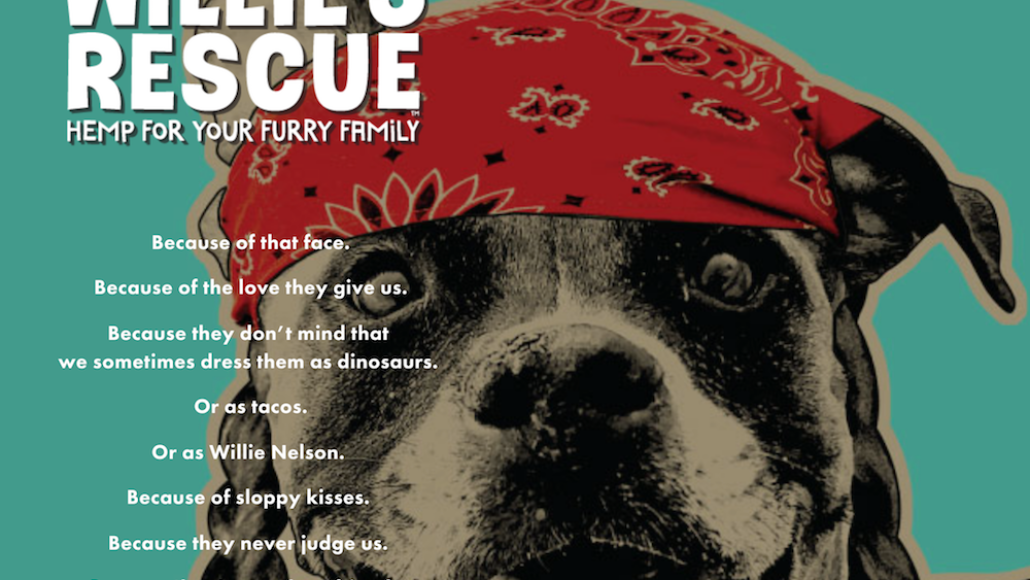