As summer dwindles, fall nestles in, and winter fast approaches, sometimes it’s easy to forget that live music season continues around the calendar year. We’ll always romanticize the festivals of summer and the nights spent lying on the lawn with friends while the band plays on past curfew, but unlike the frigid weather to come, the very best of the concert season remains ahead of us and continues to heat up.

And fall is a concert season not to be missed, especially in 2019 and on into the new year. Skip the fall slate of acts rolling through your town at your favorite venues and you’ll likely be kicking yourself by the time the snow melts in spring. Several legendary — there is no other word to use here — artists and bands will be pulling through your area for likely the last time ever. Others are still at the top of their games and putting on the most groundbreaking and creative shows of their careers.

So, don’t make the mistake of bundling up under the covers at home for the next several months and becoming an insulated bump on your couch. Get up, get out, and hit the road with some of the greatest touring acts of all time while you still can. As always, head over to StubHub to find the very best deals and customize your ultimate concert experience.

As for us, we’ll see you out on the road — among the stars. 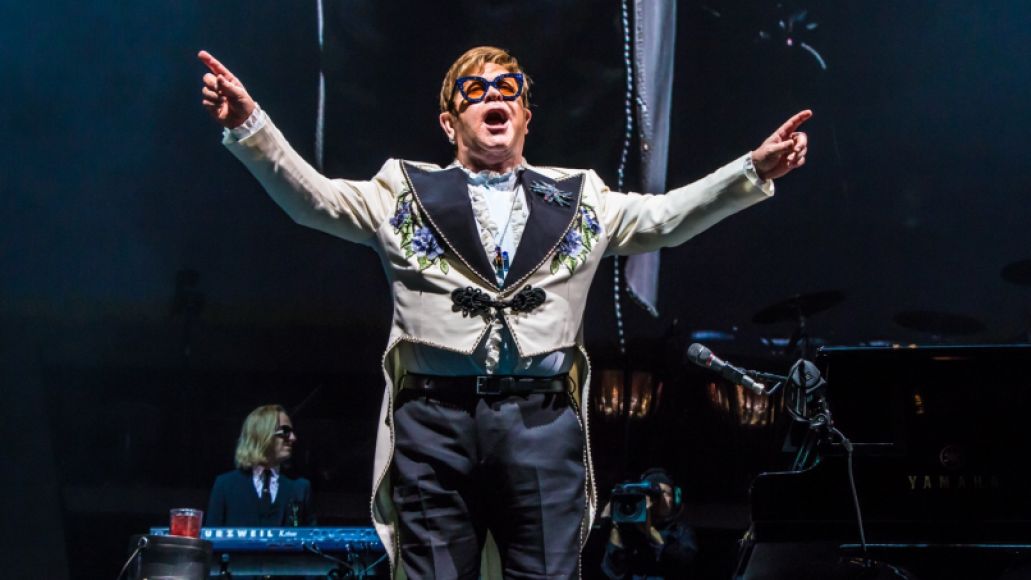 Elton John may very well be the best pop artist of his generation, but he’s lousy at goodbyes. That’s okay, of course. None of us can fault our favorite Rocket Man for extending his farewell tour and even doubling back to many of the same towns for another round of “Crocodile Rock” or chorus of “Tiny Dancer”. Let’s hope Sir Elton tosses the term “farewell tour” around as liberally as, say, KISS, but in case not, don’t go breaking your own heart by missing your last chance to bid goodbye to the yellow brick road and all that came with it. 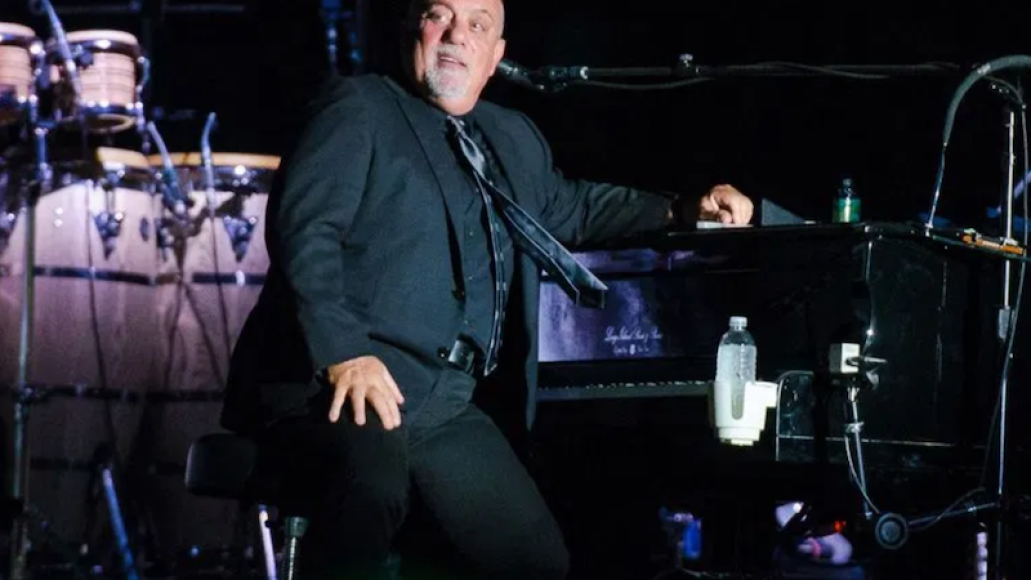 Yes, yet another legendary piano man will be tickling the ivories at a venue near you this fall. And while Billy Joel has given no indications that he’s planning on abandoning the road in the near future (hopefully, not for the longest time), that’s no excuse to miss out on seeing one of the primo performers and composers of his or any other generation in action. Whether it’s his synonymous “Piano Man” or “She’s Always a Woman”, the maestro has enough hits to make any venue curfew nervous. As the song goes, if you’re in the mood for a melody, Joel will have you feeling alright. 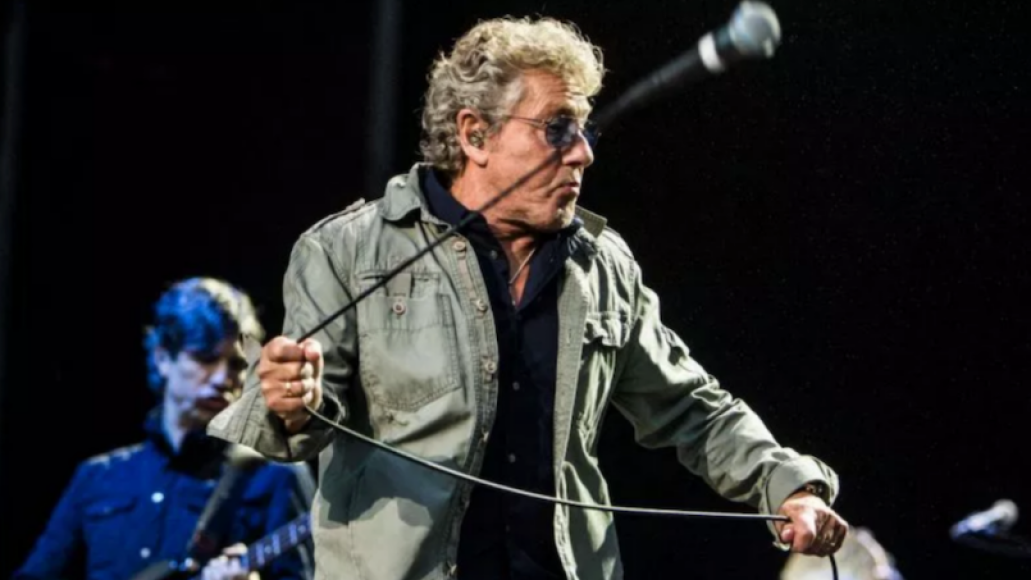 The Who, photo by Philip Cosores

I pity the fool who doesn’t step away from the pinball machine long enough to catch The Who as they celebrate 50-plus years of being one of the boldest, most innovative, and most influential hard rock acts the world has ever seen. Though hard living stole both Keith Moon and John Entwistle from their families, bandmates, and fans far too soon, Roger Daltrey and Pete Townshend have kept The Who spirit alive by carrying on, recording new music (due out in November!), and even experimenting with a live orchestra at concerts. If you’ve skipped seeing them in the past, all I can say is, don’t get fooled again.

(Buy: Tickets to Upcoming Who Shows) 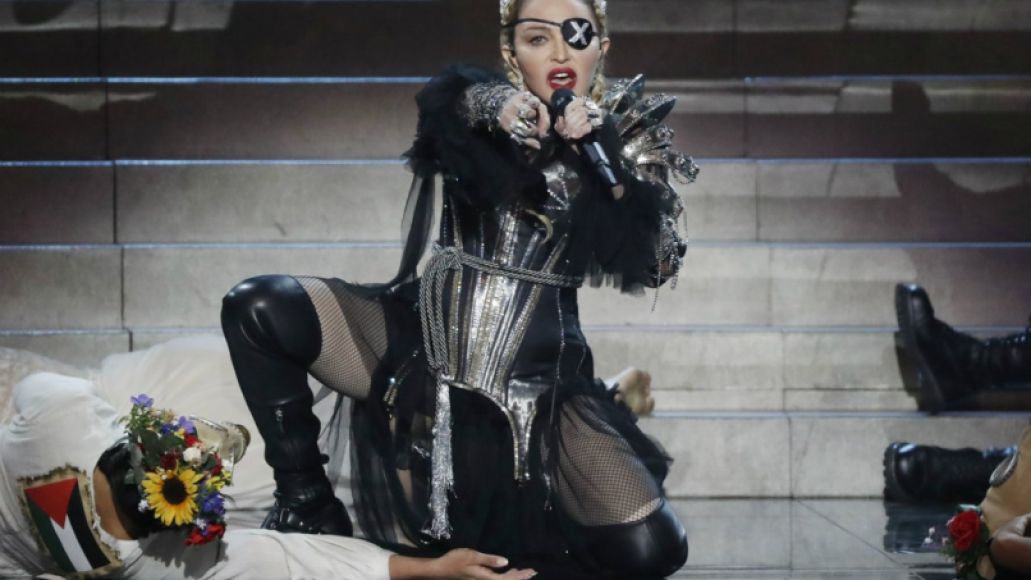 It’s easy to take Madonna for granted. Maybe it’s that she comes and goes as she pleases as an actress, performer, and mother to the point where we can never quite pin her down … or maybe it’s just that British accent she slips into sometimes. Regardless, every female — and a helluva lot of males — lumped into the category of pop star owes a tremendous debt to the original Material Girl. She took the concert pop experience to heights only topped by Michael Jackson, and that’s why every single time she tours she sells out — quickly. If you haven’t had the chance to see Madonna, like a virgin, it’s time to experience your first time. 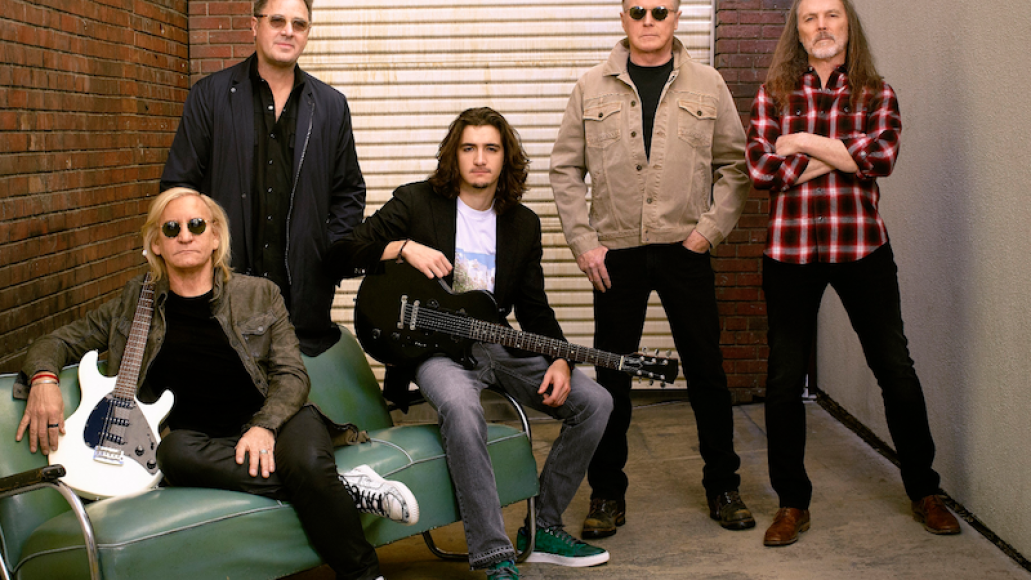 You can’t blame your father for loving the Eagles. These titans of “dad rock” absolutely owned the ’70s with hit after hit on the radio and platinum record after platinum record climbing the charts. With more No. 1’s than a foam-finger shop, it’s no wonder that every time founding member Don Henley has gotten the band back together over the years, ticket sales have soared. If you haven’t seen the Eagles yet, it’s time to catch up with your parents and spend some life in the fast lane. 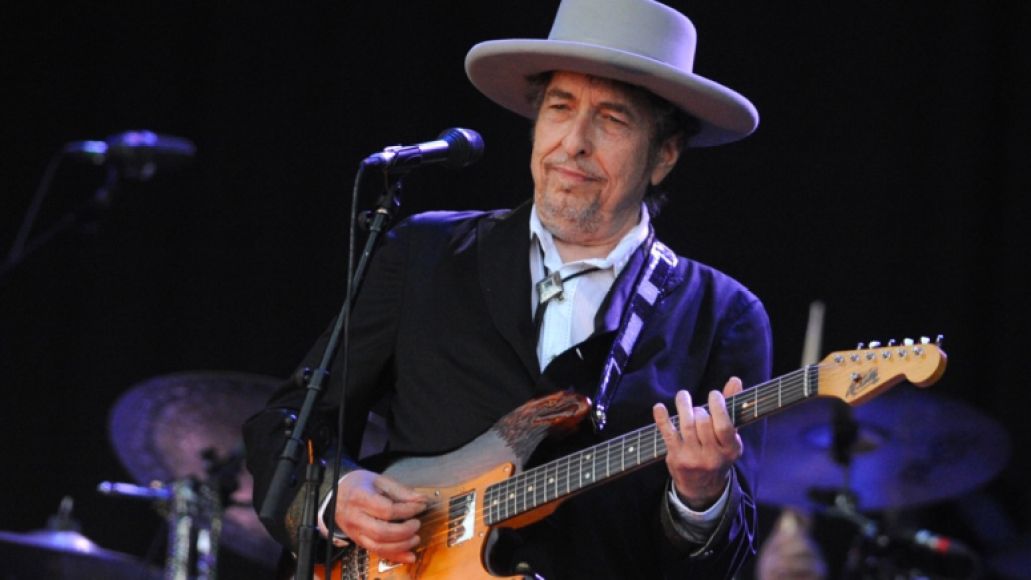 There’s no lack of hyperbole in the music industry — and Bob Dylan has been dubbed more nicknames and allotted more superlatives than most — but when the greatest living American songwriter says “Never Ending Tour,” he damn-well means it. More than 3,000 shows into a tour that began more than 30 years ago, Dylan continues to be one of the hardest-working artists in the business. Not only does the ultimate Bard keep up a rigorous touring schedule, but he’s a master at reworking and rotating in songs from his vast catalog. So, don’t think twice before snagging your tickets for his latest fall leg. 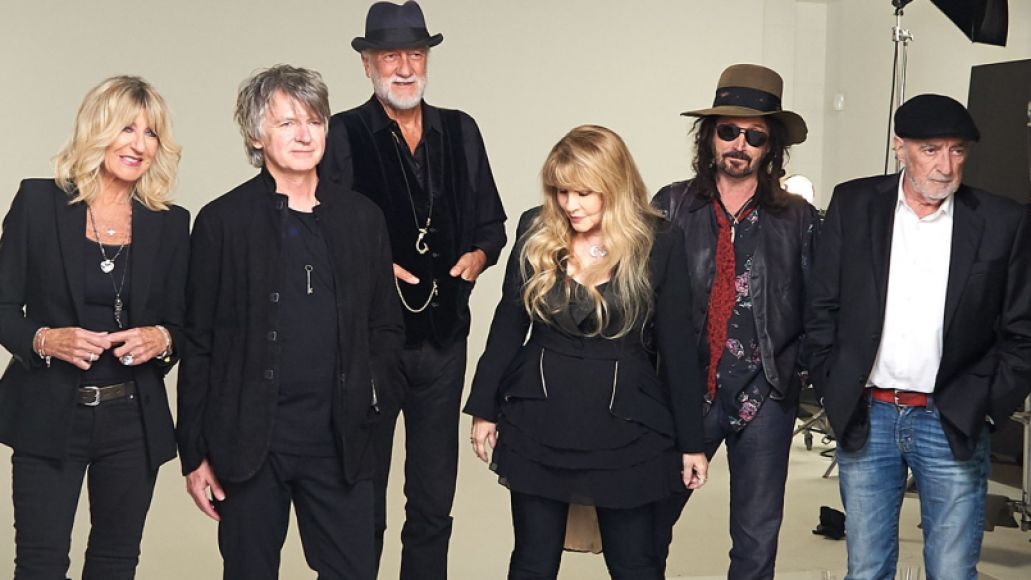 The rumours are all true. Fleetwood Mac are still going their own way all these years later. Sure, it’s not quite the same with lead guitarist Lindsey Buckingham having left the band, but the Mac sure didn’t let anyone down by bringing on new members Mike Campbell and Neil Finn to solidify the lineup. More importantly, with the rest of the group in tow and sounding as good as ever, once the openings to “Dreams” or “Landslide” pipe into the venue air, you’ll be far too busy reveling to worry about it. 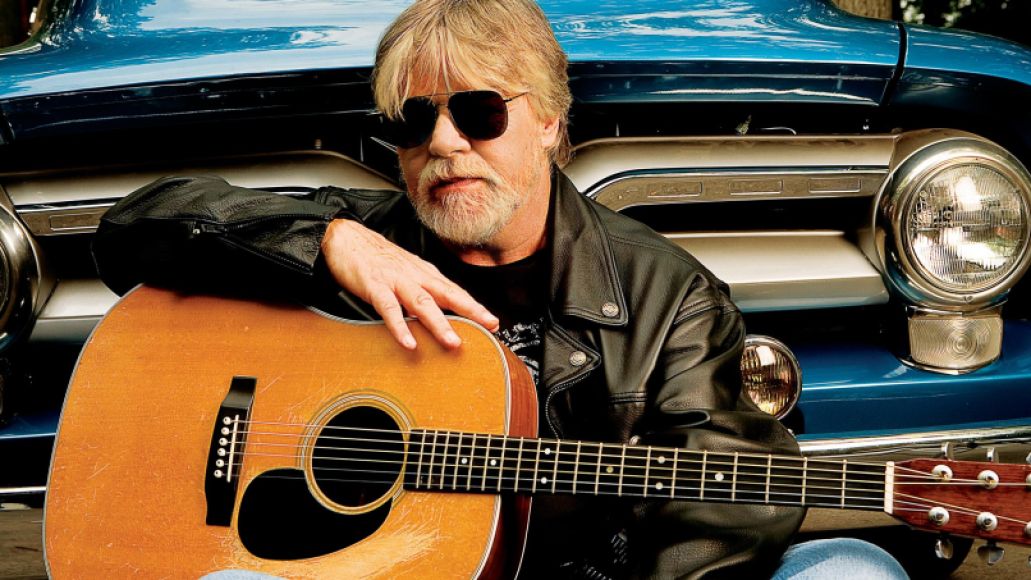 Arguably no name has been more synonymous with the “classic rock” genre over the past four or five decades than Bob Seger. When he and his Silver Bullet Band came to town, you could be sure that the heart of rock and roll was still beating. Seger may have traded his dark, shoulder-length hair for a mop of silver, black attire, and a black headband in more recent years, but that hasn’t taken the edge off signature hits like “Old Time Rock & Roll” and “Night Moves”. Now, that he’s announced his farewell tour, time to go check him out before he turns the page. 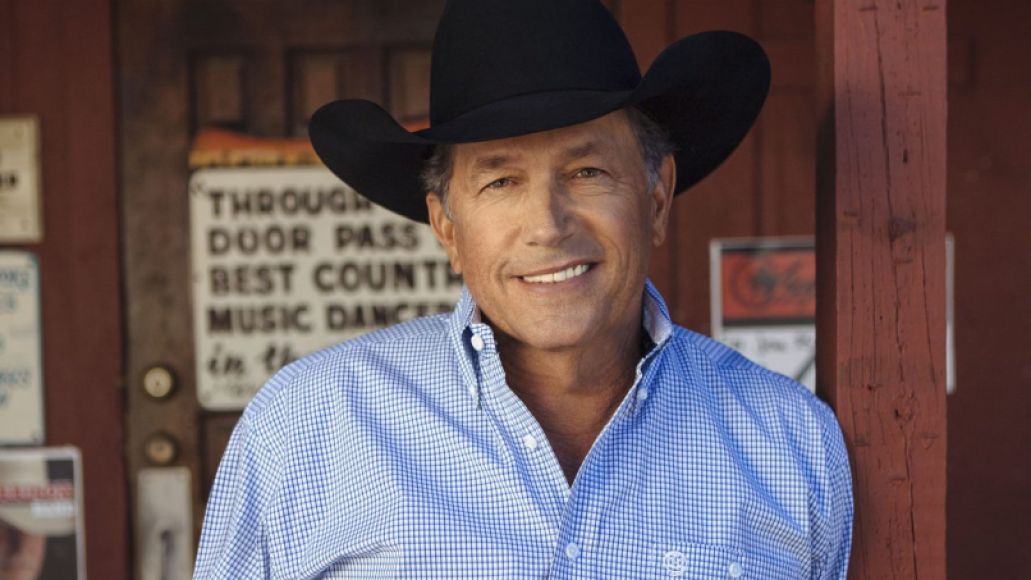 As various corners of the music industry try to chase the next trend, there’s a comforting reliability in country music. It might be more and more why kids who once listened to indie rock now mix a little bit of country in with their rock and roll playlists. George Strait — often called “The King of Country” — exemplifies as well as anyone the type of career a singer-songwriter can carve out with just some boots, a hat, a guitar, and a little sincerity. While Nashville suits have chased country pop dollars throughout the years, Strait has amassed a loyal following simply by keeping it honest and simple. For a night of beautifully crafted songs delivered as earnestly as they come, you can’t do better than nabbing a pair of tickets to see the King. 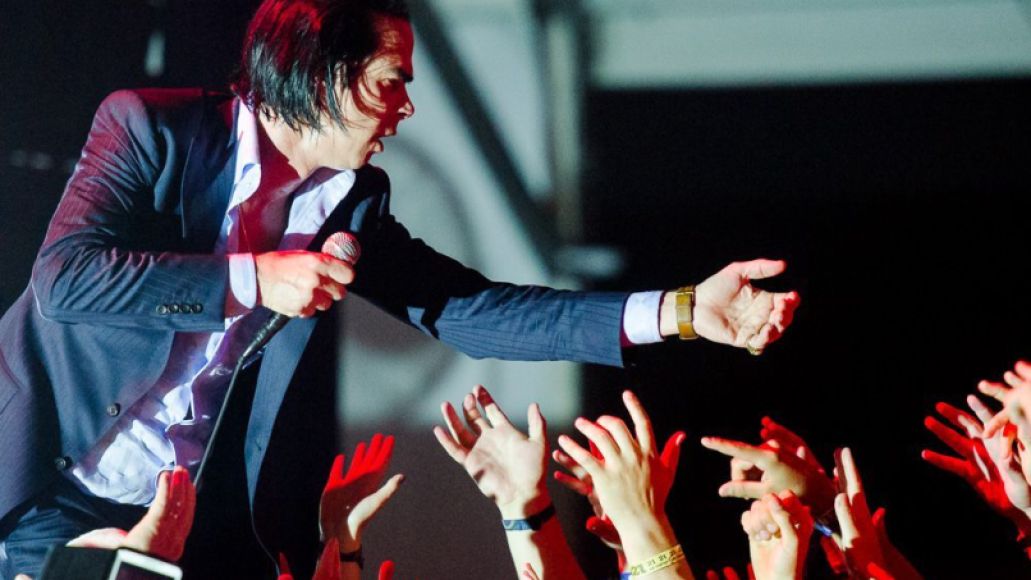 Nick Cave has always had to struggle to find enough outlets for all his creativity. Already one of the forefathers of goth rock, Cave also writes poetry, fiction, and for screens of all sizes in addition to public speaking and acting. Following the accidental death of his teenage son in 2015, Cave used music, film, and conversation not only to grieve but to question, wonder, and heal. His current solo tour features him in both song and conversation, and it’s guaranteed to be an evening that encapsulates all the pain and joy that goes into being a person.