Friday nights aren’t quite what they used to be.

Gone are the days of boozing and binging TV, and 2 am trips to the diner are definitely out of the question. Now that I’m married with a son (I love to bits, by the way), we’re all about nesting. But understand, after my kid is asleep, we desperately need adult content, you know, proper adult situations in our film and TV.

So please, popular culture, let’s do something saucy. I’m over 21 and an adult thriller, a packed movie, is a highly enticing break from watching hours of We Bare Bears. So ,how do we want to unwind? A taut psychological thriller.

Why? Well, we’re not going to listen to a true-crime podcast on a Friday night; that’s just too depressing, sitting in silence and sadness. Plus, we’ve already made it through five of David Fincher’s pretzel-logic chillers. Also, watching a new TV series just poses loads of risk, and more importantly, calls for a lot of time and commitment. 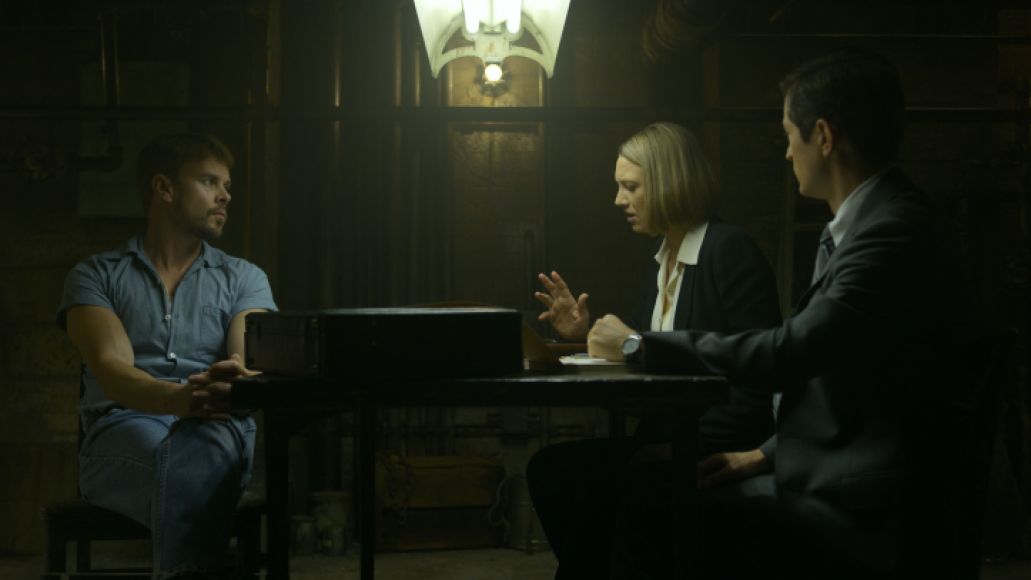 So I ask now: Where have all the adult thrillers, the R-rated movies, gone?

When I first started writing this, I planned to frame it as a sort of 20th-anniversary reminiscence on Double Jeopardy. Like the nervy movie, with its splashy legal title and its more than 40 actors, it would be both hard to take seriously and so corny it swings back around to watchable.

So, what do I mean by adult thrillers? First, adult thrillers used to feature stars over a certain age. They revolved around police, families, lawyers, espionage, business and other things that would send minors next door into Austin Powers, thus guaranteeing a date night without the kids. They’re not quite as gory as horror flicks, or as graphic as an out-and-out skin movie. And most importantly, they often have at least three of the five essential pre-movie warning items when screened on Showtime or HBO: Sex, violence, language, drug use, and, of course, adult situations.

But from where I’m typing this in 2019, as my tie comes undone and sweat beads down my noir-lit forehead, the biggest ‘80s and ‘90s thrillers are buried under more popular content. We’re talking a siege of four-quadrant fare with easy-to-sell PG-ratings. The grown-up content requires a bit of work to find, and you’ve got to look backward for it.

Why can’t 2019 be more like 1993? Just look at what’s considered “hot” on Box Office Mojo. Mark Harris hit the nail on the head with a recent tweet recapping this year’s top commercial prospects. The biggest draws are comic adaptations or cartoons with a kudos to Jordan Peele for making a name with new ideas in this market. And look, we get it, Disney figured out that one ticket is never just one ticket for a family film.

But flashback to 1993’s commercial successes. Check out these hits from the year’s top 10: The Fugitive, The Firm, Indecent Proposal, In the Line of Fire, The Pelican Brief. Dig a little further in to the list, and you’ll find other ‘leave the kids at home’ fare like Rising Sun, Malice, Falling Down, The Piano, Carlito’s Way, Sliver, Point of No Return, In the Name of the Father, Striking Distance, Guilty as Sin, Like Water for Chocolate, and many more in the top 100 for that year. 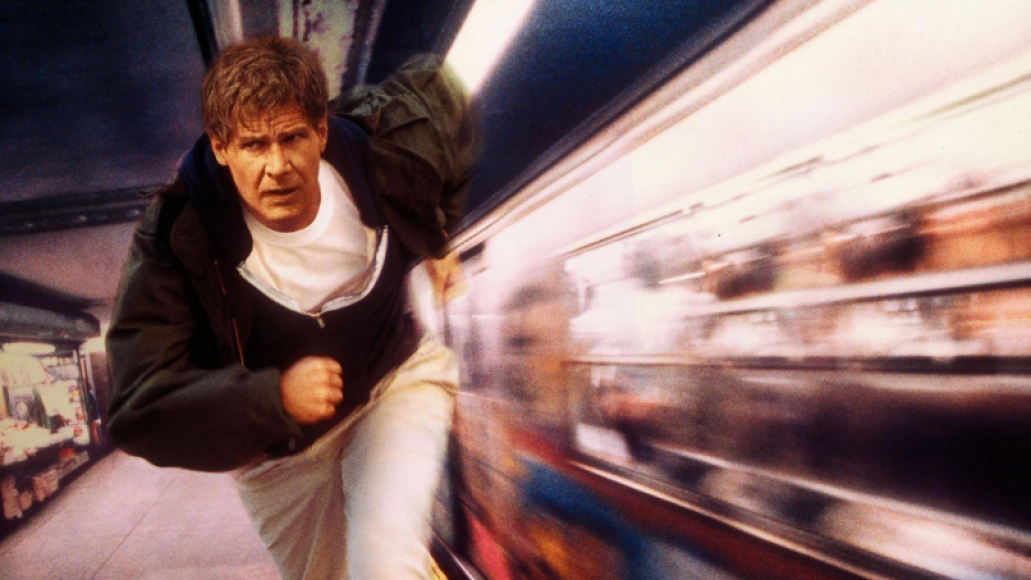 Harrison Ford in The Fugitive

And what a reckless time. These films feature A-list stars in sweaty, moan-heavy scenes. There’s outrageously dirty dialogue inspired by hitmakers like Joe Eszterhas and the “Have you ever fucked on cocaine, Nick?” line from Basic Instinct. These were films about people under stress, in mature situations, met with untidy ends. Each yielded preposterous plot twists, various questionable understandings of human sexuality, and required just a smidge of homework to understand, say, how offshore banking works (thanks, John Grisham).

And we’re not talking horror or straight sex jaunts. We want complex storytelling, with some of the good stuff mixed in along the way. And here comes the rub. Two sensual rubs, to be exact. (I’ll call the police on myself, don’t worry.)

Chain theaters suck and they aren’t helping. Moviegoing isn’t as sexy a proposal these days. Actually, it’s downright indecent. It’s too damn expensive to go, and the megaplex near us features 16 screens of A. Marvel/DC movies, B. family movies, or C. whatever other IP is hot at the moment. And that ignores the cost of going out at large, which at the risk of pushing pressure on the studio, your movie better damn well be worth it. Leaving an audience to say it was fine is almost worse than enduring a dud.

As for streaming, ugh. Sure, we can order pizza and drink the wine with a 90 score from Wine Enthusiast. But, the amount of time wasted on lining something up alone is precisely what that Amy Schumer bit about couples struggling to pick a movie was getting at.

Ah, ‘dramas,’ on Netflix. Just below “workplace TV dramas”, “TV comedies”, “chilling TV dramas”, “serial-killer TV shows”, and, I kid you not, over 20 other categories. We just want something with an R rating and a two-hour runtime! We’ve already wasted 15 minutes. Anyways, we’ve got Moonlight, seen it. All the President’s Men, did that. Who’s Afraid of Virginia Woolf?, but we just watched Cat on a Hot Tin Roof. I know! How about Prime? According to Starz, essential recent hits include fare like Venom and Jumanji: Welcome to the Jungle. Yikes. It’s no wonder The Office and Friends command replay. People eventually give up after trying to dig for something new. And while there’s something to be argued for in the form of BBC crime shows, or Big Little Lies, again, where are the movies with complex legal themes, misunderstandings of psychology, or actors making millions just for showing off their butts? 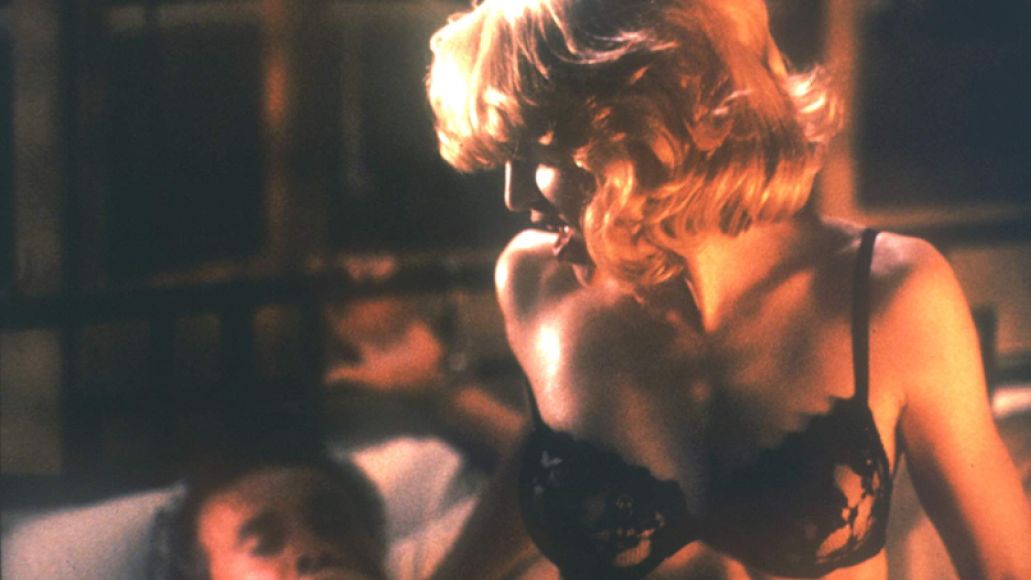 Madonna in Body of Evidence

Bring back movies like Color of Night, Basic Instinct, Body of Evidence, I don’t care! Get Adrian Lyne and John McNaughton back on retainer at a studio. Is Lewis Colick busy? Does William Kasdan have enough Star Wars money to put towards a new kind of Body Heat? Atom Egoyan, are you free or strictly doing Canadian work now? De Palma, where you at? Barbet Schroeder? Sigh. There’s a ton of opportunity for salacious, complicated material that can be marketed in the “you gotta see this!” vein. And to be perfectly fair, the era of #MeToo and evolving sexual practices and standards, these questions, these subjects, are even fucking harder to address. But in a way, the challenge is too interesting to ignore. Succeed, you addressed a new issue, idea, and tapped into the alluring zeitgeist people wish they could get in on. Fail? Well, you can learn something from dirty pillows talk and leather daddy fare like the 50 Shades series, however preposterous the idea may be. At least it all welcomes a more unusual conversation. 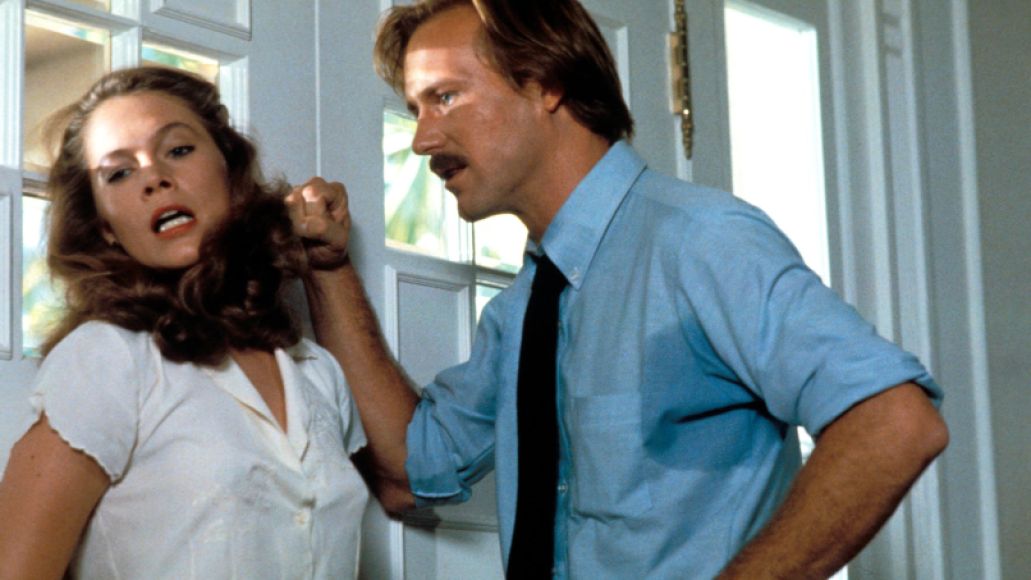 Did you know Adam McKay is currently working on developing a Jeffrey Epstein flick, the thorniest and ugliest of subjects du jour? And honestly? We’ll take it. Movie theaters can even ID us if they have to. Point is, the lack of choice and maturity is exhausting. And we’ll take what we can get. Remember that Simpsons scene where Marge yelled at Homer for pointing out all the flaws in a Tom Clancy-type movie at the theater? My wife and I are both Homer, giddily pointing out the flaws, gasping at the tawdry intrigue. These are far more satisfying date nights than walking out of a movie and complimenting the volume, “Holy shit, that reveal was offensive! Man, these people all needed therapy, it’s a shame it was 1987!”

These movies are so much fun for a multitude of reasons. Their own preposterousness makes them actually unpredictable, and either the turns are so bad that they’re hilarious (see: the age stunt in Orphan, the many personalities in Identity), or so shocking they leave us gobsmacked (see: Primal Fear, Dressed To Kill, Chinatown). There is a legitimate learning curve in considering approaches to topics and issues of consent and what people found sexy at one point in time.

I wind up bothered by the current film climate, and our lack of choice in theaters, or the paralytic amount of it on streaming platforms. Yes, old man arguments. Go with the times, B. But the algorithm’s generated to repeat the success of proven viewing concepts, hence the landscape. But maybe just make a deal with your spouses, with yourselves, to cut back on one podcast a month, or three episodes of a sitcom you’ve repeatedly watched in full each month, and put on a line-item for something adult.

Kids or not, you can help reshape the algorithms, and bring those swanky numbers to the top of the heap. Check out Dangerous Liaisons on HBO; we’ve penciled it in for mid-October. Disclosure’s there, too. Pump the brakes on the easy stuff from Disney+ and watch The Big Easy on Prime. Have a conversation about the ethics of technology and spying and watch The Conversation on Hulu.

Maybe think of this as its own thrilling mystery. Someone at the top is hiding these incriminating efforts in favor of less controversial offerings. Why? What’s the dastardly scheme here? What is Netflix’s chief content officer, Ted Sarandos hiding behind all those new stand-up specials?

Where Have All the Adult Thrillers Gone?