Origins is a recurring new music feature where we give musicians the opportunity to take us behind the scenes of their newest single release. Today, Alexander Biggs reveals why he’s so “Miserable”.

Sorrow has an unfortunate way of redoubling itself. First there’s the pain of whatever is causing you to feel hurt in the first place, then there’s the misery of realizing your own sadness is starting to bring down those around you. It’s easy to get lost in that cycle of magnification, beating yourself up over being beaten up. On his new single “Miserable”, Alexander Biggs posits a possible route out of the spiral: tenderness.

Just as we rely on the empathetic warmth of others to help us through tough times, the Melbourne singer-songwriter suggests we must take similar heed when we notice how we’re affecting others. “Miserable” ruminates on this gentle notion, with Biggs singing, “I’m glad you stayed/ ‘Cause my demons did/ A tiger in a cage/ Eyeing up a little kid.”

As drums lightly pound and Biggs works his guitar like Sufjan Stevens in his quieter moments, the track finds a resting peace in the refrain, “Do I make you miserable?” The topic itself may be sad, but just as with the message tucked within the words, there’s hope laced throughout the music. Take a listen via the accompanying music video below.

For more on what makes him so “Miserable”, Biggs has dug into the Origins of the track. 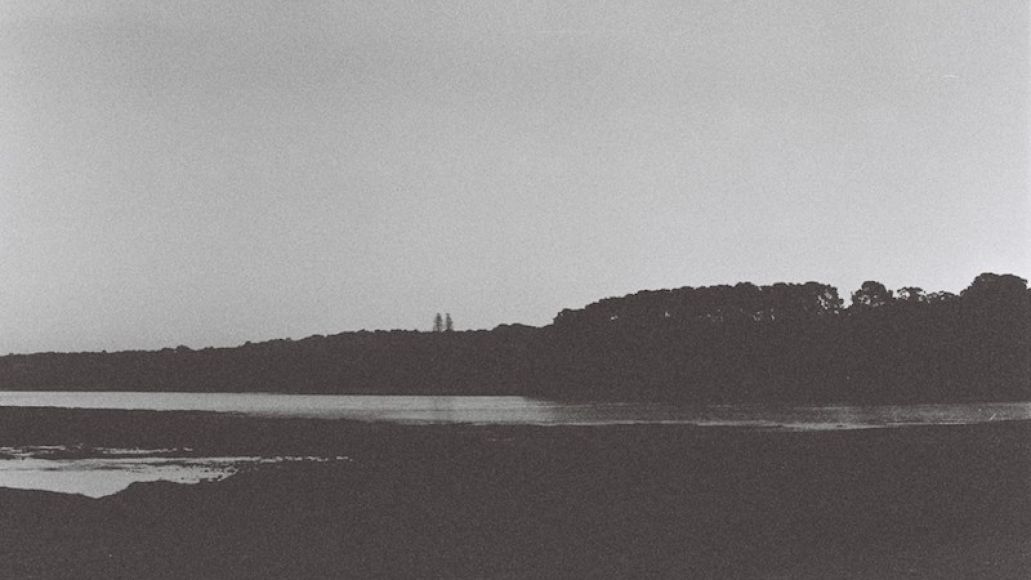 Shoreham beach keeps wandering in and out of my life. There’s a managed campsite there that I head to once in a blue moon, and before I started doing that, where I shot my first music video — in the dark, cold and wet, almost stepping on snakes. There’s more caravans than tent sites, and the beach isn’t so great to swim in, but it’s a beautiful place and has been a wonderful friend to me. 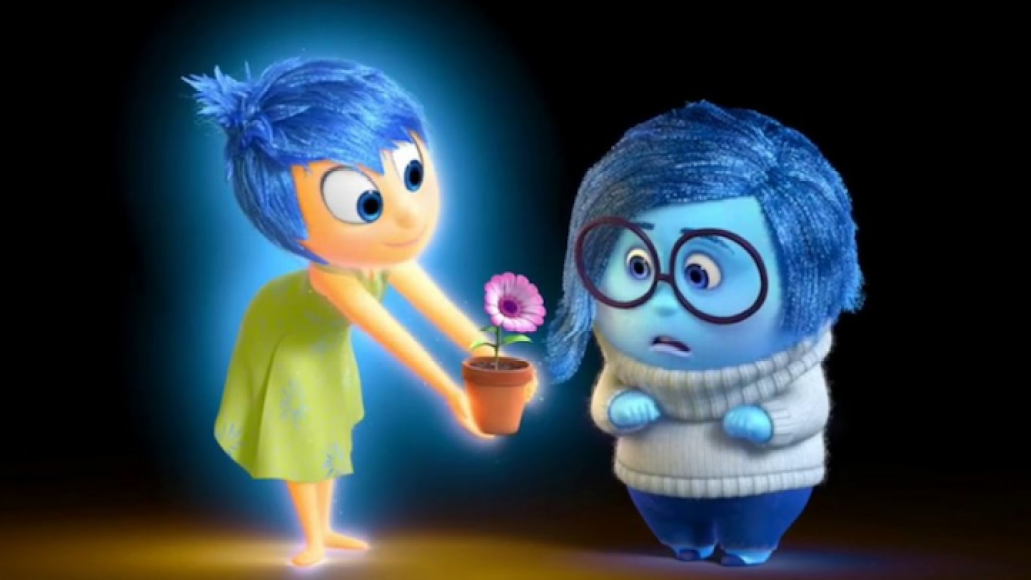 Right after I recorded my second EP early last year I went to a 10-day silent meditation course. Ever since then I’ve been fascinated by the underlying and ever present joy in all things, and how it can exist under deep pain. I suppose, more than ever, it’s showing up in my music. The joy might not be so easy to find in this song, but I think there is warmth, and musically, a hopefulness in the uncertainty. 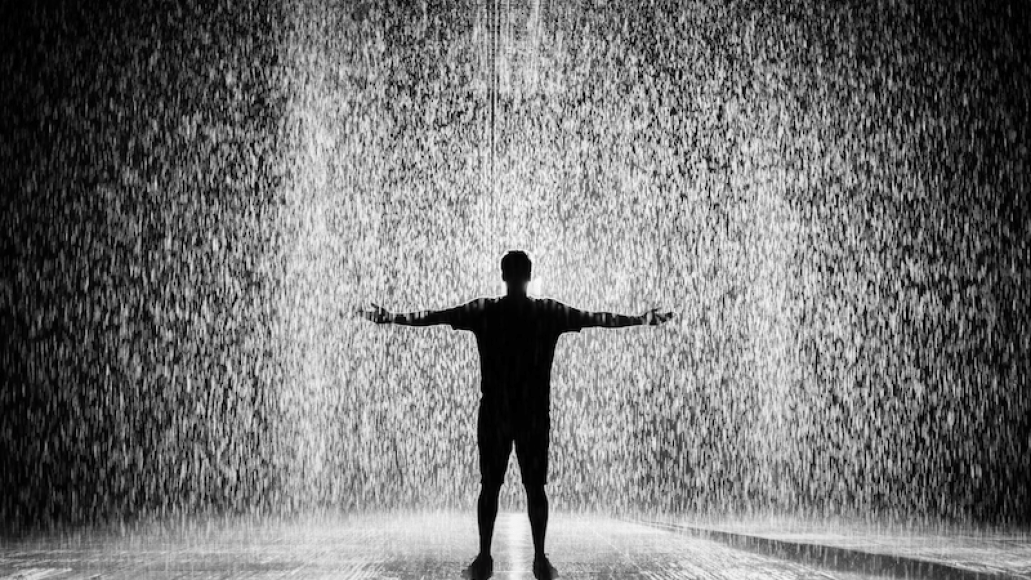 I love the feeling of being inside a tent or my house when it’s raining heavily outside. It’s often a feeling I channel when visualising a song. I’m not sure why, but maybe it’s because it’s such a vivid feeling to me. It takes me to a place that’s cozy and contained but also so vast and long-reaching.

A train line in Brisbane & the stream of consciousness: 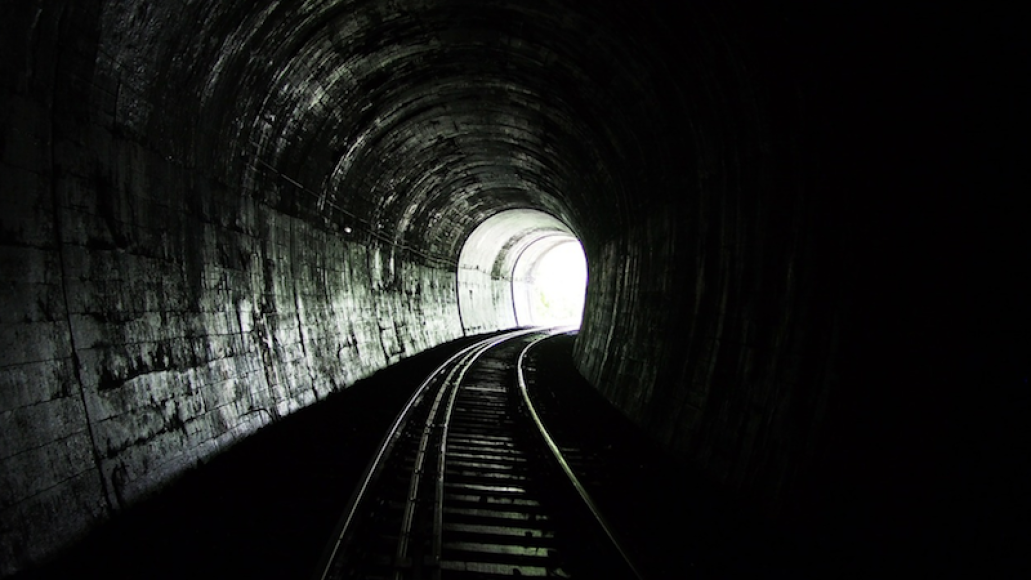 When I wrote this song I was in an AirBnB on the back end of a tour overlooking Brisbane’s Fortitude Valley. It was raining (see above) and for whatever reason the creative spark began when I settled my eyes on some lonely looking train tunnels.

Sometimes, at the right moment, everything just falls into place. Words appear where they weren’t before, or are coerced from old and deep ruminations, and you are moved, emotionally/spiritually, by the ‘thing’, whatever it is — god, inspiration, the feeling that you’ve been here before, little fragments from the past. You get it in the shower, on the car ride home, out in nature.

This time I got it looking at train tunnels.

A little gentleness would solve a lot of problems, I think.