Almost 20 years ago Charlie’s Angels had the musical support of Destiny’s Child. In 2019, they have another trio of stars: Ariana Grande, Lana Del Rey, and Miley Cyrus. The three pop stars have joined forces for a mega collaboration called “Don’t Call Me Angel”, taken from the upcoming Elizabeth Banks-helmed reboot.

The new, trap-heavy song premiered Friday alongside a music video starring Ari, Lana, and Miley as angels — though of course you should remember not to call them that. Check it out below.

Last month, Del Rey dropped what might be her best album yet, Norman Fucking Rockwell!, which she’ll promote on the road this fall (purchase tickets here). She also covered Grande earlier this week.

Meanwhile, Grande has been busy promoting Sweetener and thank u next on the road, and Cyrus recently performed at the MTVA VMAs in support of her She is Coming EP. 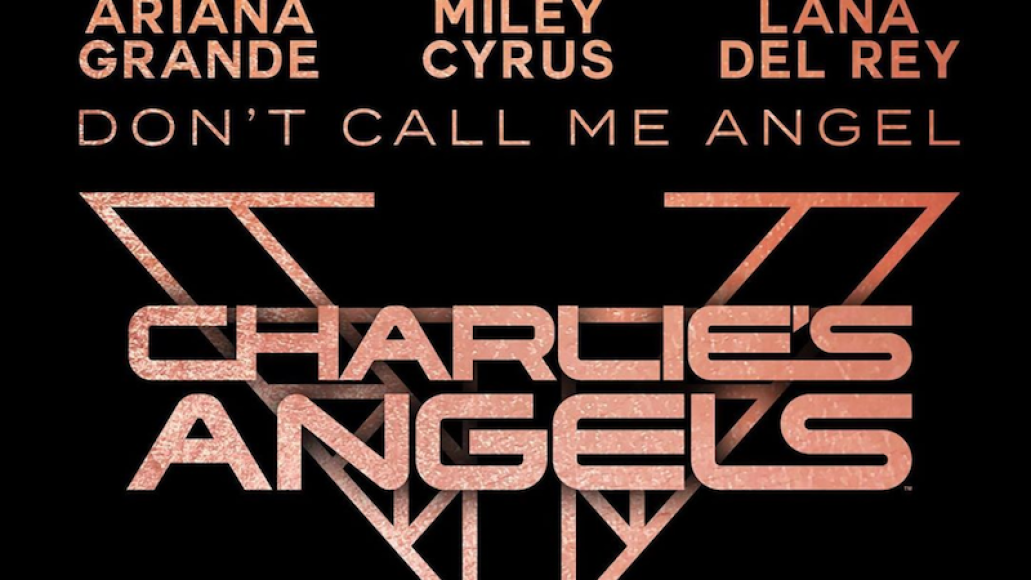 Revisit a trailer for the sequel: