Billie Eilish has shared she’ll be donating a portion of proceeds from her Music Midtown festival performance in Atlanta, Georgia to Planned Parenthood Southeast.

In a continued wave of conservative states targeting abortion rights, this past spring Georgia Governor Brian Kemp signed one of the most controversial laws, banning abortions approximately six weeks into pregnancy. Oftentimes, women don’t even realize they’re pregnant by then.

“ATLANTA. one of my favorite places in the world, to be in, and play shows!! but i do not love the state’s lawmaker’s decision to take away women’s rights. I still cannot believe we are even having this conversation in 2019.”

Eilish then announced her intention to donate an undisclosed portion of her Atlanta festival proceeds to Planned Parenthood and encouraged her fans to follow suit, saying, “if you have any spare change, donate. you can seriously help someone.”

This isn’t Eilish’s first time backing Planned Parenthood. Back in August, she was one of nearly 140 musicians who participated in PP’s #BansOffMyBody campaign, an initiative to raise awareness surrounding the increasing anti-abortion laws going into place.

To make your own donation, visit Planned Parenthood for details. See Eilish’s full instagram story below.

Hopefully Eilish continues the donation trend throughout her upcoming fall tour dates, including next week’s Life Is Beautiful festival. Get your tickets here. 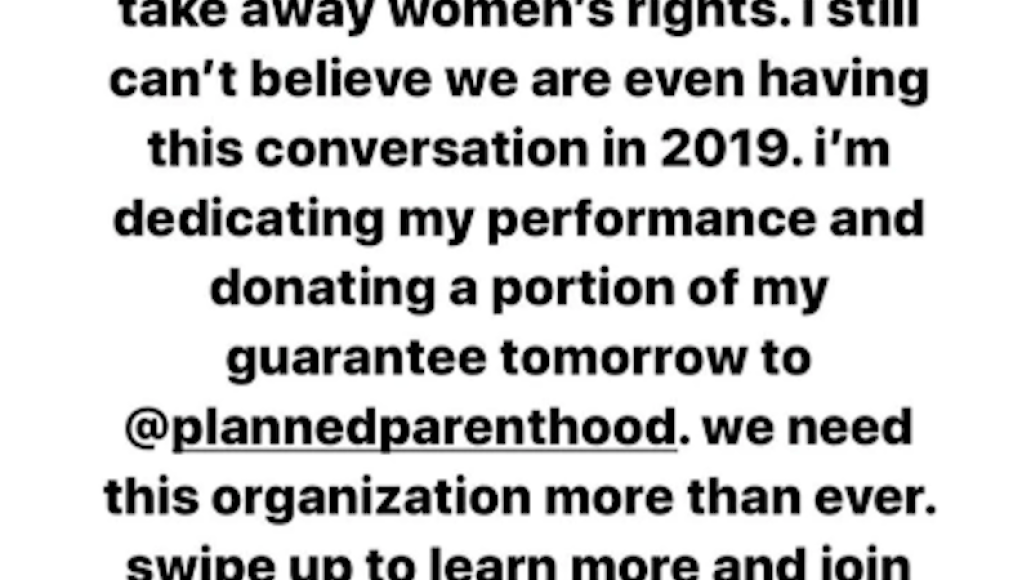