Bonnie ‘Prince’ Billy has announced a new album, I Made a Place. What’s more, he’s unveiled the first single in “At the Back of the Pit”.

Due out November 15th through Drag City, the album marks Will Oldham’s first proper LP of original music as Bonnie ‘Prince’ Billy since 2011’s Wolfroy Goes to Town. That’s not to say he hasn’t kept busy, however. Over the last few years, Oldham has reworked older material; collaborated with the likes of The National’s Bryce Dessner, Yusuf Islam (aka Cat Stevens), and Thee Conductor; and paid tribute to Merle Haggard, The Grateful Dead, Mekons, and more. It’s like he never leaves the studio, yet somehow it’s been eight years since he released a full album of new songs by himself.

In a statement, Oldham explained the long wait and the thought process that went into his new record, noting how music’s digitization weighed heavily on his mind:

“In recent years, the whole world of recorded music, in the way that such music is conceived, perceived, recorded, released and distributed, has been atomized. I tried holding my breath, waiting for the storm to pass, but this storm is here to stay and its devastation is our new landscape. What else is a person to do except what he knows and feels, which for me is making records built out of songs intended for the intimate listening experiences of wonderful strangers who share something spiritually and musically? I started working on these songs thinking that there was no way I was going to finish them and record and release them. This was a constructive frame-of-mind that protected the songs until this frightening moment when we let go of them and give them to you.”

Lead single “At the Back of the Pit” boasts Bonnie ‘Prince’ Billy’s typically literate lyrics, with thoughtful verses that balance feelings of sadness and joy. In the accompanying music video directed by high school senior Jacob Forman, Oldham dons a cowboy hat and rides a horse while his friends goof around in colorful animal masks. Check out the video below.

Pre-orders for I Made a Place are available now. Find the album art below.

I Made a Place Artwork: 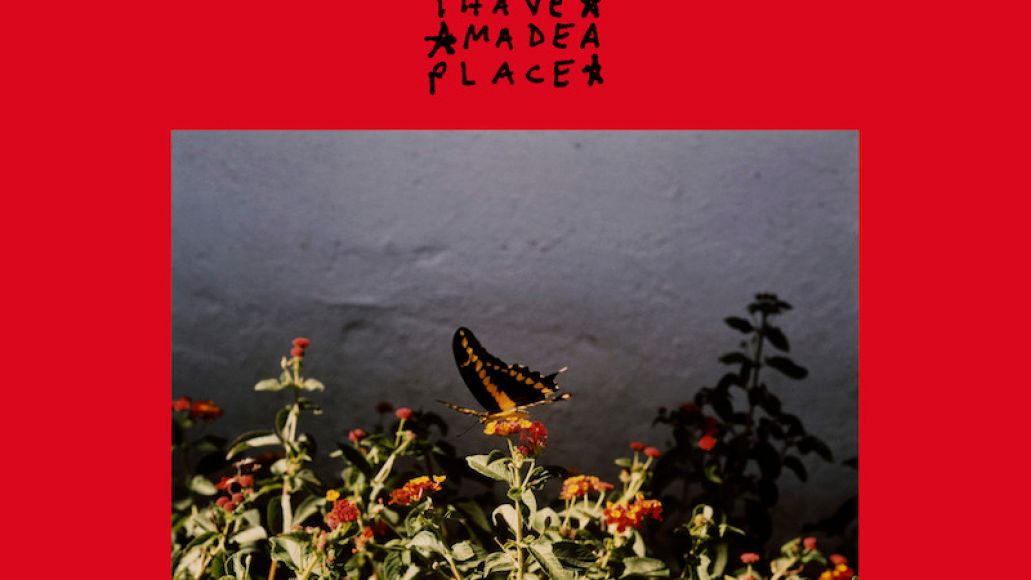 Bonnie 'Prince' Billy announces new album I Made a Place, shares "At the Back of the Pit": Stream