EarthGang have finally revealed their new album, Mirrorland. Stream it in full below via Apple Music and Spotify.

Coming via Dreamville/Interscope, Mirrorland is the Atlanta outfit’s third full-length overall, though it’s their first on a major label. In the four years since the duo’s last LP, 2015’s Strays with Rabies, they’ve put out a trilogy of EPs and collaborated with the likes of Young Thug and mentor J. Cole.

In a previous interview with Consequence of Sound, EarthGang’s Olu and WowGr8 promised to elevate their game on their new LP. “We are taking you to a whole-new dimension of reality where gravity and time do not exist,” they commented. “Where colors change and all preconceived notions of rules, physics, and reality merge into one and explode to become something entirely different.”

(Read: Artist of the Month EarthGang on Breaking the Mold in Atlanta)

Early previews of Mirrorland included the singles “Stuck”, “Proud of U”, and “Up”. Other tracks include the Young Thug-featuring “Proud of U” and a collaboration with Kehlani called “Trippin”.

The hip-hop two-piece will promote the new album on the upcoming “Welcome to Mirrorland” North American tour, which includes sets at Wonderfront Music and Arts Festival in San Diego and Day N Vegas Festival. Tickets for all their shows can be purchased here. 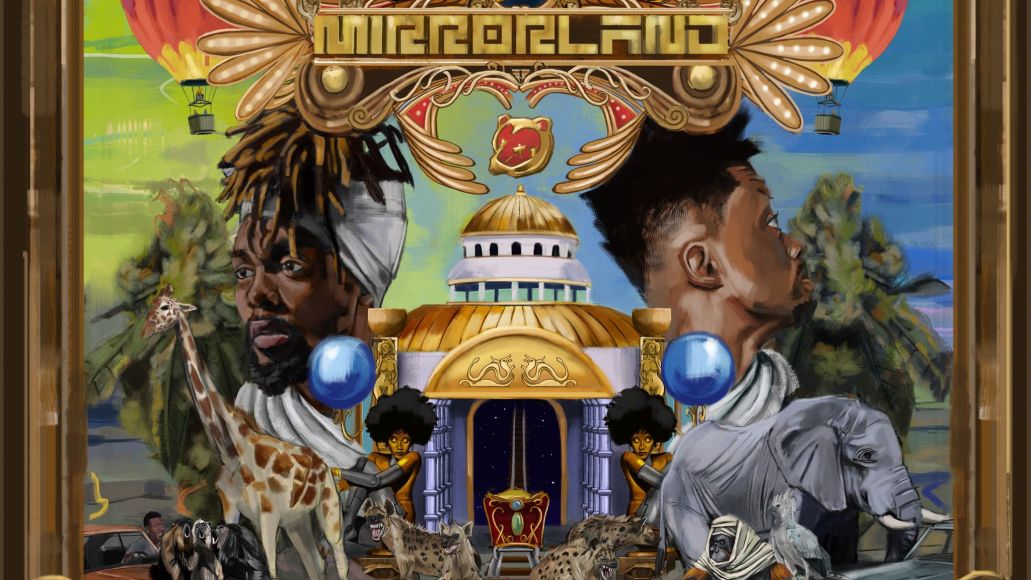