As news broke yesterday of the passing of Austin cult hero Daniel Johnston, misnomers like “quirky” and “eccentric” crept up everywhere. It’s a pity because, no matter how well-meant, there’s something uniquely heavy-handed about reducing an artist who spent a lifetime battling mental illness to “[insert vaguely pejorative descriptor] singer-songwriter.” Johnston was far from your everyday creative, nor did he openly eschew his well-worn outsider status, but his life’s work — his perseverance in spite of all the odds — equated to much more than simple eccentricity. “Weird Al” Yankovic is eccentric. Daniel Johnston was a mentally ill genius.

Intimately chronicled in Jeff Feuerzeig’s Sundance-seducing 2005 doc, The Devil and Daniel Johnston, the revered musician and visual artist’s lifelong struggles with schizophrenia and manic depression didn’t preclude his compulsive artistic inclinations: they were inalienable from the much bigger picture that was his creative life. Having spent his childhood in West Virginia fully immersed in art — from making Super 8 films and drawing pictures to spinning Beatles records and playing the piano — Johnston navigated his inner and outer worlds by seeing no discrepancy between art and alleviation.

Though famously reclusive, Johnston was an unwitting mental health ambassador simply by virtue of how openly he stared down his own, very real demons via his art. Pure-hearted and vulnerable, hissy, homespun tales like “Life in Vain” and “Some Things Last a Long Time” reached far beyond his bedroom walls to reach others who, in their own way, felt stranded too. Though the real darkness lurked out of view for the listener, by offering up his imaginary worlds, Johnston lit a flare for himself and the world. As he sung on “Sorry Entertainer” from his self-released 1985 cassette, Yip/Jump Music, “Drove those demons out of my head/ With an organ and a pencil full of lead/ And when I’m dead, I’d like to have it said/ He drove those demons out of his head.”

Much like Brian Wilson, Johnston — who was in and out of psychiatric care throughout his life — openly advocated medication and professional help for psychiatric disorders above all else. Back in 2009, he revealed how a change in medication offered him greater “equilibrium” and productivity. “I’m not going as crazy, so I’m a lot happier,” he said. “Music is good therapy for me.” Rather than viewing it as some magical fix-all, being able to write a song or draw a picture — simply being allowed the freedom to escape into a creative headspace — was tantamount to relief. Of course, it wasn’t a cure, but with professional help, the right people around him, and a bittersweet song to sing, he made it through.

Throughout his life, the synonymy of art and therapy for Johnston seemed to extend far beyond home recording countless individually hand-made cassette tapes. Revered every bit as much for his Magic Marker cartoon drawings of characters like Jeremiah the Innocent — the beloved frog introduced to the world via his sixth album, Hi, How Are You, and, nine years later, by Kurt Cobain at the 1992 MTV VMAs — Johnston found pure panacea in getting lost in his own creations and those of others. “Art is therapy itself,” he said in a 2009 interview with American underground comic book writer Harvey Pekar. “Expression is the funniest thing that I can think of. It saved my life. I was a terrible manic-depressive. When I’d have severe attacks of depression, I’d go to the library or the comic book shop, and I just loved it.” 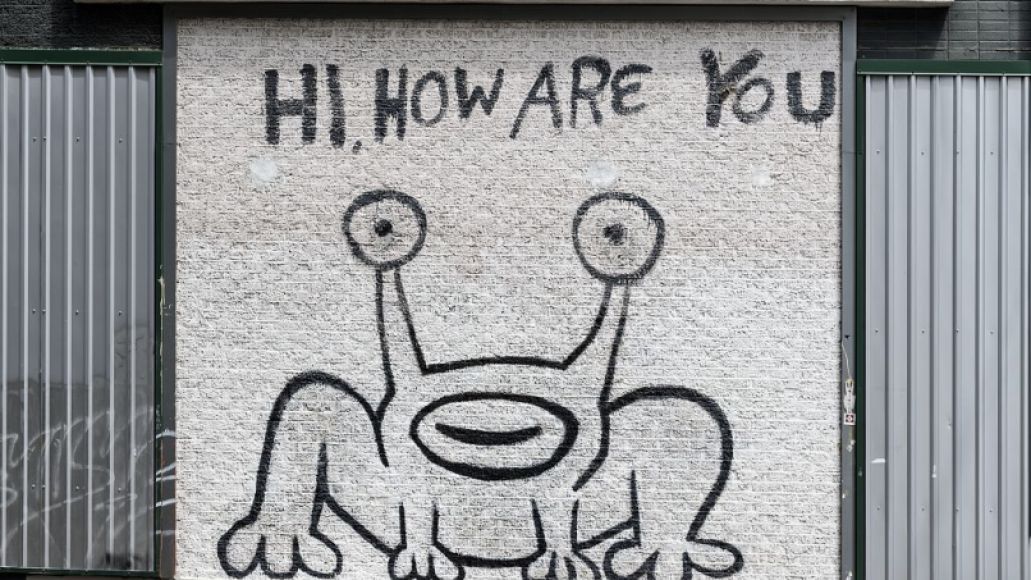 Throughout his teenage years, in which his mental health is said to have greatly deteriorated, Johnston was naturally reluctant to hold down a job. Following the odd stint here and there, it became clear to him that following his own path was the only plausible way forward. In an interview from 2006, he said, “I’ve worked jobs before, but I don’t want to. I worked at McDonald’s. I don’t want to work jobs no more. I’m an artist.” Like his heroes in John Lennon and seminal comic book artist Jack Kirby, Daniel Johnston became an artist simply by identifying as one before, crucially, throwing himself into his work. But unlike Kirby, Lennon and others who inspired him, Johnston’s self-belief was frequently at odds with the fickle sway of extreme delusions and psychotic episodes, including attempting to crash a plane being piloted by his father in 1990.

But he persevered — and how. As well as his officially released output, which tallies around 17 albums released over a 30-year period, in 2017, his brother, Dick, estimated that Johnston had around 1,500 unreleased tapes of his songs. Speaking in 2017, he offered some insight into the compulsion that informed this staggering yield. “I can’t stop writing. If I did stop, there could be nothing,” he said. “Maybe everything would stop. So I won’t stop. I’ve got to keep it going.” Not unlike Wilson and other troubled savants of his ilk, Johnston ultimately had no choice but to put up with his demons. His gift to the world, however, was how he managed to persuade them to quiet down enough for him to have his say.

In the coming days and weeks, Johnston’s deep, far-reaching legacy will be spelled out and underscored for all to see. Newcomers will become obsessives, obsessives will become fanatics, and the ‘Hi, How Are You Project’ will continue to honor Johnston’s legacy in the purest way of all. Launched with the support of Johnston and his family, the non-profit organisation — which aims to “inspire new conversations about mental health issues” — provides a vital platform for the exchange of ideas and education on mental well-being. Launched last year, ‘Hi, How Are You Day’ on January 22, 2020, will invite Austinites and the wider world to check in on a neighbor, friend, co-worker, family member, or loved one by asking, simply, “Hi, how are you?”

As with his music and drawings, there’s something perfectly uncomplicated yet vital about the existence of Hi, How Are You Day. In many ways, it feels like a formal extension of what Johnston dedicated so much time and effort to. Despite the well-documented severity of his own issues, he seemed to know and appreciate that none of us have it easy, which is why kindness — to others, yes, but also to oneself — regularly functioned as a golden rule in his songs. While the likes of “Peek A Boo” served to remind us that he couldn’t permanently self-heal via music (“You can listen to these songs/ Have a good time and walk away/ But for me, it’s not that easy/ I have to live these songs forever”), it was important to him that the rest of us felt some relief, too.

Rather than trim the towering impact of Daniel Johnston down to some knee-jerk breaking news piece or another one-dimensional caricature of idiosyncrasy, it feels right to remember him for who he truly was: a singular, beautiful soul and artist who believed that mental health — his own, yours, mine — is something to be referred to openly and directly. Much like lazily referring to his output as “childlike,” “eccentric” serves little purpose here. Yes, Daniel Johnston was mentally ill, but, much more importantly, he was also a genius.

For Daniel Johnston, Art and Therapy Were One and the Same