French Montana has pulled off a major collaboration with an equally super-sized video. The South Bronx MC has teamed with Cardi B and Post Malone for his new single “Writing on the Wall”.

With thick, snapping drums giving the song a Latin flavor thanks to Jamaican producer Rvssian, the trio of MCs each get a chance to show their unique styles on the cut. Montana’s bars are club-ready, while Posty comes in for the catchy hook and a raspy, speedy verse of his own. Just when you think that chorus is gonna be the highlight, Cardi comes in with what could be one of her best verses to date, bringing her usual fierceness to push the posse track to new heights.

Speaking of heights, the accompanying video finds the three rappers towering over New York City. Directed by Montana alongside Myles Whittingham, the clearly Tik Tok-sponsored clip feels like an urban Gulliver’s Travels. Watch it below.

“Writing on the Wall” is pulled from French Montana’s forthcoming Montana LP, set for a November release. He’ll be at NYC’s Global Citizen Festival this weekend and BBC Radio 1’s Xtra Live Birmingham in early October. Tickets to all his dates can be found here.

Cardi, meanwhile, has an appearance set for Texas’ Austin City Limits, plus a makeup date at El Paso’s County Coliseum next month. Tickets to her shows are available here. Post Malone has the biggest upcoming itinerary of the three with a full North American trek supporting his latest album, Hollywood’s Bleeding. Get tickets to all his upcoming concerts here.

“Writing on the Wall” Single Artwork: 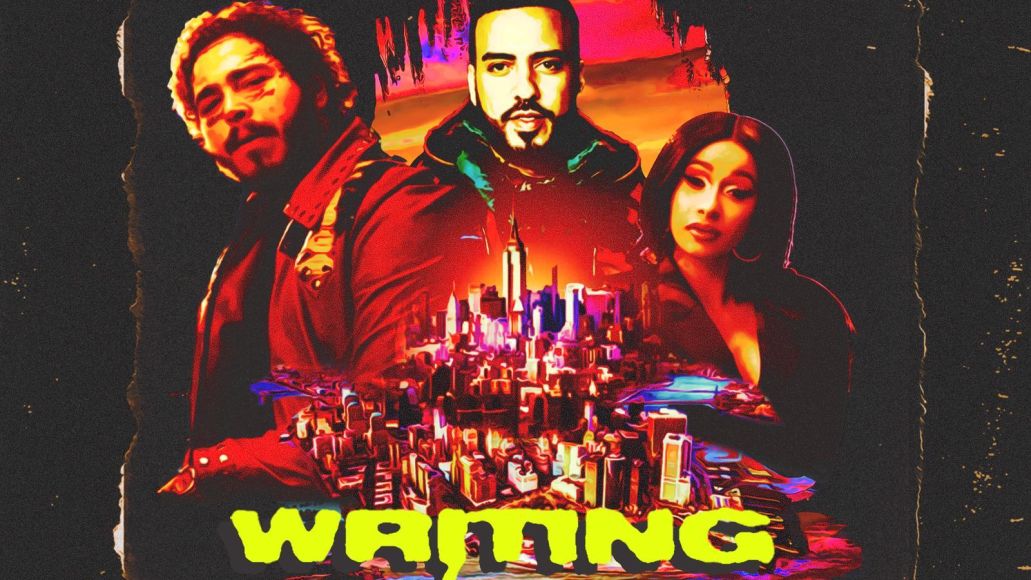 French Montana brings Cardi B and Post Malone together on new song "Writing on the Wall": Stream