Future Islands frontman Samuel T. Herring has announced a new album under his hip-hop moniker Hemlock Ernst. Entitled Back at the House, it’s a collaboration with Los Angeles producer Kenny Segal due out on October 25th via Ruby Yacht. As a first taste, the duo has shared the lead single, “Down”.

Herring may be well known for his smooth moves, but fans are well aware that he’s been dabbling with his Ernst rap performances for some time. He first joined forces with Segal back in 2015 on Rory Ferreira’s (f.k.a. milo) song “Souvenir”. When Ferreira’s tour landed in Herring’s hometown of Baltimore, Segal and the Future Islands singer hit it off, eventually leading to their new joint project.

Back at the House’s first track, “Down”, finds the moonlighting rapper lyrically double-dutching over a soft cyclical piano tone and subtly driving percussion. Listeners get the smallest taste of the singer’s gravely timbre as layers of his voice land on the simple single-syllable “down” like the dotting of an eye. Take a listen below.

Herring is also slated to make an appearance on the title track of DJ Shadow’s upcoming star-studded album Our Pathetic Age, out in November. Despite all the solo work, however, Future Islands appears equally active. The band debuted seven new songs during a concert in Northampton, Massachusetts earlier this month. Seems like Herring fans have a lot to look forward to this year.

Check out the Back at the House artwork and tracklist below.

Back at the House Artwork: 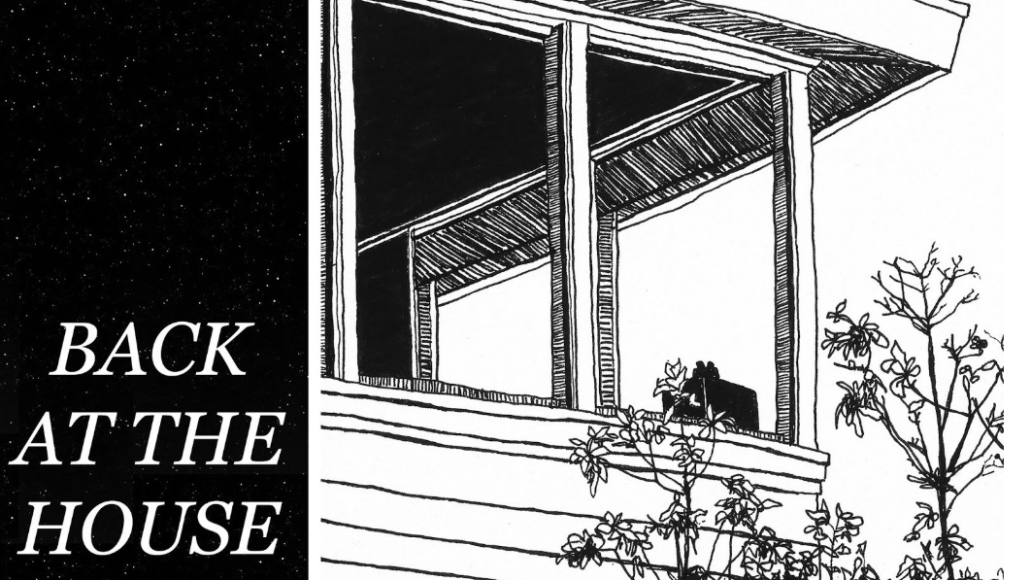